Be Mindful Of Your Mouth, Kwabena Bonfeh 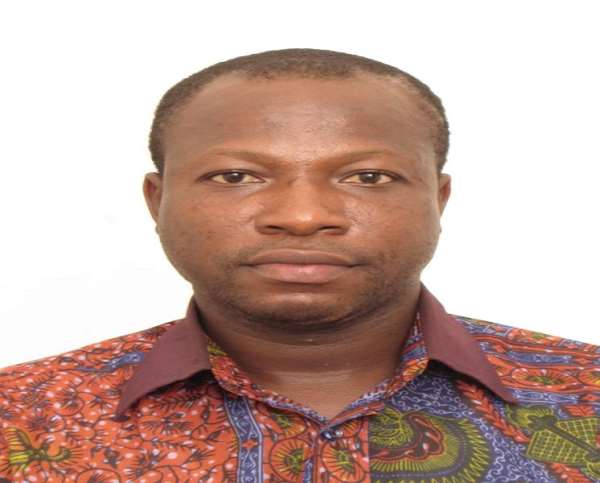 James Kwabena Bomfe used to be one of my top admirers for the principled stance he took on national issues. But I cannot say so now. Initially, I had thought, erroneously that he was out for a change. Little did I know that he was not a genuine patriot, but a snake under green grass!

Yes, people like Kwabena Bomfeh are a disappointment and betrayal to our genuine aspirations. His bellicose attitude against Nana Akufo Addo and the NPP began to manifest itself just before the December, 2016 Elections. He has since gained notoriety as a ranting ant.

In all sincerity, I can rightly say he is cut in the mould of the well-known CIA agent in Ghana. But who is this notorious character, one may ask? Well, do you remember the Wilkileaks tapes that were made public just before the December, 2008 General Elections? Here was this “massa” mantra of a man who secretly went to the U.S. Embassy in Accra to fabricate lies about a decent and patriotic Ghanaian that God has prepared to put the destiny of this great nation into his hands. But the fact that King Midas had asses’ ears could not be hidden for long. And so it was with the greatest schemer and liar of all time - My good old friend, Kwesi Pratt of “massas” mantra.

There is no other word I can use to describe the two buddies other than those I have used. The two are the very embodiment of the devil incarnate, for their notoriety knows no bounds.

But between Kwabena Bomfeh and my good old friend, “Massa” Kwesi Pratt, I cannot say which of them is the worst culprit is. I leave that decision to you.

Kwabena Bomfeh’s true colours began to manifest themselves few months to the December, 2016 Tsunami which swept away the last vestiges of the corrupt, rudderless and “Mephistophelean” Nefarious Destructive Cancer’s administration, led by confused and tribalistic, John Dramani Mahama.

At that time, Current President, Nana Addo Dankwa Akufo Addo became the focal point of Kwabena Bomfeh’s attack. Whether the matter that was being discussed had anything to do with Nana Akufo Addo or the NPP, the self-appointed destroyer of the NPP would attack Nana Akufo Addo personality. I did not understand him then, and I still don’t.

In one of my history lessons I learnt about Ancient Rome which then had Carthage as one of its vassal states. There was an old senator, Cato by name. No matter which topic was being discussed, anytime he had an opportunity to make a contribution, he would always end his speech with the words: “Cartago delenda est”, meaning “Carthage must be destroyed”.

Now, what is Kabila saying here? He is alleging that the country is a secular state and so cannot use state funds to build a Cathedral for the Christian Community. Well, he is entitled to his own myopic idea. No doubt at all since the constitution of the land guarantees him that. But who is contesting the fact that Ghana is a secular state? None! What then is Kabila’s unnecessary gaffe here? All that the State is doing is to provide land for the project. Chikenah!

The various Denominations in the Christian Community are contributing money to put up the Cathedral. But be as it may be, I wish Kabila had not ventured into an area he is not conversant with and which has the propensity of inflaming religious tension in the country.

I wish he would either remove or adjust his lenses and reason as a patriotic Ghanaian. Did he ascertain the facts before coming to the conclusion that the Cathedral is being funded from state coffers?

Late President Professor John Evans Atta Mills decided he would not tolerate the pouring of libation at State functions and that was that.

Kabila kept quiet in those days. Why did he not protest against the offering of Christian and Islamic prayers at State Functions then? When did he realize the Country is a secular state? If we were to go by his line of argument, it follows then that neither Christian nor Islamic prayers could also be offered at State functions.

You see how hollow and untenable his argument is. Do traditionalists not have a stake in the affairs of the country? Did anybody complain when late President Mills issued his fatwa? None, not even the traditionalists who were affected by the edict or fatwa raised a voice!

But we are a considerate and fair-minded people. Late President Mills established a Chaplaincy at the Castle which then served as both his official residence and the Seat of Power. The State bore all the expenses incurred during the period then Chaplaincy was in existence. Revered men of God were sponsored or seconded to The Castle to attend to the spiritual needs of the then Number One Citizen.

In all those instances, Kabila kept mute. But now, he has regained his voice. Today, my good old friend and brother, Kwabena Bomfeh, aka Kabila is raving, raging and ranting like an ant at any decision taken by the Presidency.

Ghanaians need to ensure that the Physical, mental and the Spiritual well-being of our President as well as his Vice are well-taken care of. It was for that reason Ghanaians spent such horrendous amount of money to ensure that late President Mills regained his health.

Unfortunately, some unpatriotic elements at the Presidency made such a wish impossible.

It is now crystal clear that any positive point to be scored by frustrating the desperate and mischievous antics of Kabila will be highly commendable. Kabila has constituted himself into a serial critic who has made it his mantra to make strong and caustic remarks about Nana Addo Dankwa Akufo Addo and his administration. We have not forgotten so soon the desperate attempts to defend the erroneous notion that the Ghanaian Nation has only one Founder, not Founders. This was after Current President had called for a debate on the matter.

Ghanaians are now wide awake and will not allow what happened to late President Mills to happen to Nana Addo. “If your mother has counseled you, we have equally received same from our mothers”. (se wo maame atu wo fo a, yenso, yen maame atu yen fo).

Ghanaians would not fold their arms and allow evil manipulators to take President Nana Akufo Addo down the same precipice they took Mills through en route to Golgotha.

We were all in this country when we were told by Nii Lante Vanderpuye, MP for Odododiodoo and avowed hater of the Akan race that a juju ring was made for late President Professor Atta Mills to counteract the evil effects after late President Mills shook hands with a prominent Chief from the Western Region?

I, Citizen Daniel Danquah Damptey, who appointed himself Special Aide to Nana Addo Dankwa Akufo Addo, when he was the Presidential Candidate of the NPP will defend to the last atom of my energy and everything within me to ensure that the mental, physical as well as the Spiritual well-being of the President are guaranteed.

Let me reiterate the fact that any attempt to belittle our charismatic President and God’s Own Elect will not be tolerated by the down-trodden citizens in the country. In this wise, I appeal to all patriotic Ghana to come together to frustrate sinister plots by all those who have a predilection for mischief making against the President. And this is exactly what I am doing. Would you join me in this crusade?

In conclusion, I am happy that James Kwabena Bomfe, aka Kabila has gone to court in pursuance of his evil mantra of punching holes in any policy put in place by Akufo Addo’s NPP Administration.

The Supreme Court does not consist of robots. It comprises men and women of integrity.

The building of a Cathedral by the Christian Community is not against the tenets of the Constitution. This is a task that must be accomplished. On this we stand!