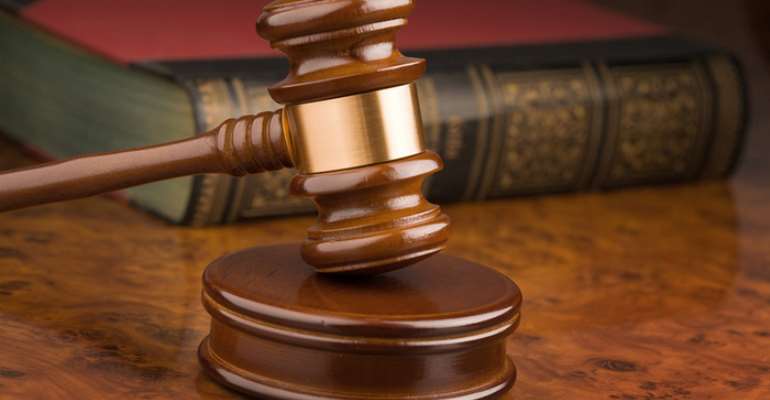 A bench warrant has been issued for the arrest of the thirteen (13) members of the New Patriotic Party’s (NPP) vigilante group, Delta Force, who were aided by their colleagues to escape from a Kumasi Circuit Court, where they were facing trial.

A group of Delta Force members numbering more than 20 vandalized some notice boards and furniture belonging to the court, and freed the 13 who were remanded for earlier disturbances at the Ashanti Regional Coordinating Council.

The 13  were detained in connection with the group's raiding of the Regional Coordinating Council on March 24, 2017, where they were alleged to have assaulted the newly appointed Ashanti Regional Security Coordinator, George Adjei, who they said they could not work with.

Confirming the latest arrest to Citi News, the Ashanti Regional Police Public Relations Officer, ASP Yaw Nketiah-Yeboah, said”the 13 accused persons of the Delta Force members appeared before the Kumasi Metrpolitan Asembly KMA in court presided over by her Lordship, Mary Senkyire. They were remanded into prison custody to reappear before the court on April 20, 2017.

“Their lawyers pleaded for bail, but that was declined by the sitting Circuit Court Judge. Their supporters on hearing this, moved to the court premises, and in the process, all the 13 accused persons, escaped through the back door used only by the Judge. A bench warrant has therefore been issued for their arrest.”

Meanwhile, eight (8) persons suspected to have aided their escape from the court premises, have also been arrested and are presently in police custody.

The Interior Ministry has asked the culprits to r eport themselves to the Police or face their wrath.

In all of these developments, the Police Administration is refuting allegations they have lost the fight against political violence.

According to the Police, some important arrests have been made to curb the violence orchestrated by some vigilante groups affiliated to the NPP.

The Director of Public Affairs of the Police Service, Supt Cephas Arthur, who made this claim, also ruled out political interference in their investigations in the reported political violence cases.

“We have not lost control. We think we are making some progress. In the wake of the kind of dialogue we had with the parties regarding the political vigilantism, we think that our call fell on good ears. Apart from these isolated cases of late, the activities affiliated with these known vigilante groups have been on the quiet for sometime now.”