Is Osagyefo Dr. Kwame Nkrumah The Founder Of Ghana? 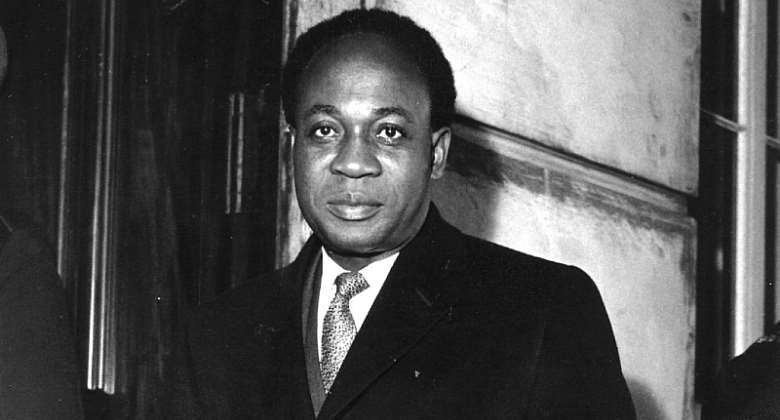 During his reign as the President of Ghana, Osagyefo Dr. Kwame Nkrumah (Nkrumah) declared his birthday, September 21, as the Founder’s Day of Ghana and for that matter a national holiday. After the February 24, 1966 military coup de’ tat that overthrew his government, the holiday was abolished. It took Professor Mills’ presidency to re-introduce the Founder’s Day holiday in 2009 as part of the activities marking the centenary of Nkrumah’s birth.

In an Independence Day speech to mark the diamond jubilee, President Akuffo Addo challenged the assertion that Nkrumah was the only one who fought for the independence of Ghana when he said that “our founders chose this day, March 6, as the date of our independence, in order to repudiate the Bond of 6th March 1844, which led to our land becoming a British colony.”

Dr. Bonsu Osei Owusu, a lecturer at the Methodist University College, Accra, agreed with the president by saying that Ghana’s independence happened as a result of the struggles of several leading figures, hence the attempt to tag Dr. Kwame Nkrumah as the sole founder of Ghana is historically inaccurate. Speaking at the screening of a documentary on the political history of Ghana produced by Paul Adom Otchere at the Institute of Economic Affairs’ (IEA) The Speaker of Parliament, Professor Mike Oquaye, said it is "false" to say Dr. Kwame Nkrumah founded Ghana.

The Convention People’s Party (CPP) – the party founded by Dr. Nkrumah - criticized the president, labeling some of his utterances as ‘skewed facts’. The National Chairman of the CPP, Professor Edmund Delle vowed that the party would resist any attempt to rewrite the country’s history in a way that discredited Dr. Kwame Nkrumah’s significant role in Ghana’s independence struggle. This was an apparent reference to Professor Mike Oquaye who had said people agitating over the consistent reference to Dr. Kwame Nkrumah as the founder of independent Ghana are only being selective with history.

Former President, John Mahama, waded into the debate over the founders of Ghana by saying that “Certainly, one thing we can’t run away from is that, he [Nkrumah] is the founder of our nation. He led the independence struggle. Many people contributed and it happens; in Christianity, there is John the Baptist, there are all the apostles, but who is the champion of Christianity, Jesus Christ,”

A look at the debate indicates that there is a search for the most honorable way to honor Nkrumah for his contribution towards the development of Ghana. It is believed that the honoring of Nkrumah should not be shrouded or clouded in controversy. It should be based on non-controversial evidence and/or on verifiable fact(s). In the words of Shakespeare, the King’s wife should be above suspicion. Available data at the moment questions the claim that Nkrumah is the founder of Ghana.

It is an undisputable fact that Nkrumah was born on September 21, 1909 (9/21/09) at Nkroful. At the time of his birth the following event had already taken place:

“The three territories of the Gold Coast--the Colony (the coastal regions -1844), Asante Protectorate (January 1, 1902), and the Northern Territories (1902) had become, for all practical purposes, a single political unit, or crown colony, known as "the dependency" or simply as the Gold Coast.”

This is an indication that Nkrumah was born into an existing country called the Gold Coast. How can one become the founder of a unit, a country or a company that had already been established before one’s birth?

After being trained as a teacher at the Achimota School, Nkrumah left the shores of the then Gold Coast in 1935 for further studies in both the United States and the United Kingdom. At the invitation of the United Gold Coast Convention (UGCC), he came back to his own country in 1947. The UGCC, then the only political party in the country, gave him a relocation allowance of £100 and on his arrival employed him as its general secretary (GS) - he addressed meetings throughout the Gold Coast and began to create a mass base for the new movement.

Almost two years into his employment as the GS, Nkrumah severed relationship with his employers, the UGCC and formed –founded – the Convention Peoples Party (CPP) to wrestle power from the colonial government. The CPP competed with various forms of the UGCC and won political power which eventually culminated in the British handing over the reins of the administration of the country into his (Nkrumah’s) hands on March 6, 1957. The country, Gold Coast, which the British handed over to him (Nkrumah) changed its name to Ghana. Nkrumah thus became the First Prime Minister of Ghana and later (1960) the First President.

If neither the British nor the UGCC is considered the “founder” of the Gold Coast which changed its name to Ghana, why would Nkrumah who was brought home from overseas and employed by both the UGCC as GS (1947) and by the British as Leader of Government Business (1951) be declared the founder? When did winning the first election and becoming the first President translate into being the founder of a nation?

There is something common among the people of Antioch, Apostle Paul and Nkrumah in terms of their respective contributions towards their areas of operation? Common among them are the words “name” and “first.” From the preceding it could be seen that while both the people of Antioch and the Apostle Paul did not individually claim to be the founder of Christianity supporters of Nkrumah are associating his name with the word phrase “founder of Ghana” Does the definition of the word “Founder” change when it is applied to Nkrumah?

In the words of Samia Nkrumah (Nkrumah’s daughter) no one compares to her father when it comes to the fight and struggle for Ghana’s independence. However, this cannot translate to what her brother Sekou Nkrumah said when he threw tantrums at Professor Oquaye that “Kwame Nkrumah led Ghana to independence and therefore he is the founder of modern Ghana!”

What a derisible or morose logic. What about this: D. K. Poison is the first Ghanaian to win the World Featherweight Boxing title so he is the “Founder” of Boxing in Ghana or this one: Kwasi Appiah is the First Ghanaian Coach to qualify the Black Stars to the World Cup so he is the “Founder” of Football in Ghana: or Elizabeth Frances Baaba Sey is the first female graduate of the University of Ghana so she is the Founder of women education in Ghana.

Incidentally, it is the very people who are passionate about preserving and upholding Nkrumah’s legacy who are rather demeaning his significant achievements and contributions by emotionally, if not erroneously, struggling to baptize him (Nkrumah) with the word founder into his achievements thus drawing unnecessary attention and condemnation.

Ignoring the contributions of all others who fought for Ghana’s Independence before Nkrumah came to the scene is equivalent to attributing a winning relay’s team to only the person who anchored it. That is being selfish – self-aggrandizement.

Jamaica won the 2008 4x100m relay race in the summer Olympics held in Beijing, China. The team was made up of Nesta Carter, Michael Frater, Asafa Powell and Usain Bolt. Carter who ran the first leg for the team was one of 454 selected doping samples retested by the International Olympic Committee (IOC) in 2016, and was found to contain the banned stimulant methylhexaneamine.

Consequently, Jamaica was disqualified in 2017 and all members of the relay team had to surrender the gold medals won at the 2008 games. Why is it that instead of Carter all of them were punished? This is because they won and lost together as a team. Just like Usain Bolt took the baton from Asafa Powell and won for the team, Nkrumah took the baton from UGCC and ran with it for the independence of Ghana and won convincingly.

It is suggested that protagonists of “Nkrumah is the Founder of Ghana” made up of Nkrumah’s children, sympathizers, the CPP and its supporters, should propose or send a private member’s bill to parliament for the adoption of September 21st as “Nkrumah’s Birthday” to be celebrated as a national holiday just as the US has done for Martin Luther King Jr. This will be the day mainly for the celebration of the man Kwame Nkrumah of Ghana. A lot of Ghanaians will go for this.

The phrase “Nkrumah is founder of Ghana” is tainted and should be abandoned. Nkrumah and his achievements are beyond blemish. It would be foolhardy to expect President Akuffo Addo and his Government to celebrate Nkrumah’s birthday as FOUNDER’S DAY.