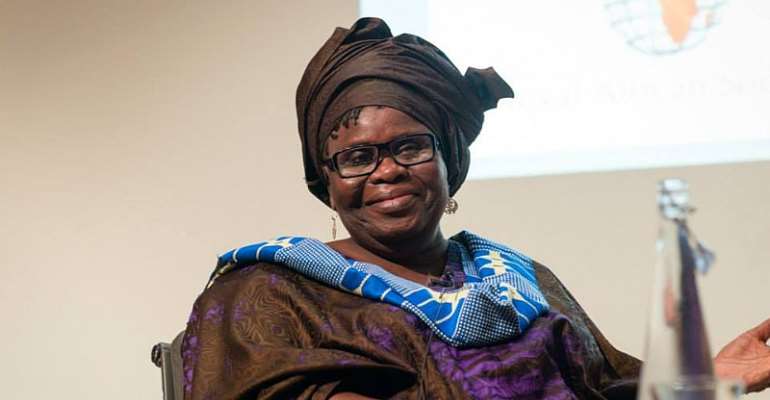 The African University College of Communications (AUCC) will on Thursday, March 16, 2017, launch the first centre in West Africa, designed to develop the creative writing skills of aspiring writers.

Named after iconic Ghanaian writer, Ama Ata Aidoo, the Ama Ata Aidoo Centre for Creative Writing (Aidoo Centre), under the auspices of the Kojo Yankah School of Communications Studies at AUCC, will offer courses in Creative Writing – covering topics such as script-editing, short story writing and speech writing. It will also house the work of Ama Ata Aidoo and other African writers, develop a world class library for aspiring writers, organise conferences and lectures and nurture excellence in non-academic publishing.

Director of the Centre, Nii Ayikwei Parkes, a Writer and Editor, states: “I am particularly encouraged by the support that the management of AUCC have given to the founding of this centre because I believe that competent creative writing and expression is central to the proper development of a society. Better written reviews of cultural production will help raise the standards of cultural production; more clearly articulated policies will improve our engagement with the institutions of government. Creative writing has impacts beyond the obvious and we intend to show that.”

With the official launch approaching on March 16, 2017, Ama Ata Aidoo, has expressed her excitement at the honour of having the Aidoo Centre named after her. “Apart from the massive size of the honour done me with the decision to establish the Centre, I could not have had a stronger signal of AUCC's intentions by my work and my name.”

The launch will be held at forecourt of the Discovery House, African University College of Communications (AUCC), Adabraka on Thursday March 16, 2017 at 10.00am. It is a free event where patrons will have the opportunity to interact with Ama Ata Aidoo and also visit the Centre to acquaint themselves at first hand, some of her works. The location of AUCC is No 2 Jones Nelson Link, off Kojo Thompson Road, Adabraka, Accra, Ghana.