Creating Shared Prosperity In Ghana: Manufacturing Is The Key To Lifting Millions Out Of Poverty 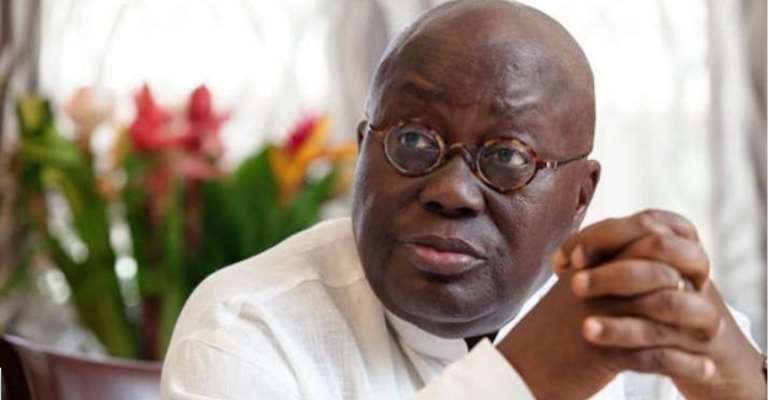 Africa Rising
Africa's economic outlook has greatly improved, infusing the continent with a new commercial vibrancy. After the lost decades of the 80's and the 90's, we now often hear such optimistic terms as African renaissance, Africa rising etc Real GDP rose on the average by 4.9 percent a year from 2000 through 2008, more than twice its pace in the 1980s and '90s. Telecommunications, banking, and retailing are flourishing. Construction is booming in some parts of the continent. Private-investment inflows are surging particularly from China.

To be sure, many of Africa's 50-plus individual economies face serious challenges, including poverty, disease, and high infant mortality. Yet Africa's collective GDP, at $1.6 trillion in 2008, is now roughly equal to Brazil's or Russia's, and the continent is among the world's most rapidly growing economic regions. This acceleration is a sign of hard-earned progress and promise but will it stay?

While Africa's increased economic momentum is widely recognized, its sources and likely staying power or otherwise are less analyzed. Soaring prices for oil, minerals, and other commodities have helped lift GDP since 2000. But what if oil and minerals prices collapse today?

Research from the McKinsey Global Institute (MGI) shows that resources accounted for about a third of the newfound growth but a critical question is whether Africa's surge represents a one-time event or an economic take-off? The continent’s growth also picked up during the oil boom of the 1970s but slowed sharply when oil and other commodity prices collapsed during the subsequent two decades. Today, individual African economies could suffer many disappointments and setbacks if a similar thing happened. So while the “Africa rising” stories are nice to hear, these are not growth with DEPTH as defined by the Africa Centre for Economic Transformation (ACET).

E = Export competitiveness,
P = Productivity increases,
T = Technological upgrading,
H = Human wellbeing improvement.
For the growth to be sustainable, it must make Africa internationally competitive and resilient, and it must lead to the expansion of formal employment and shared prosperity.

Lessons From China
This brings to the fore the critical importance of diversifying African economies and making the necessary investment in manufacturing and the infrastructure to support both the manufacturing sector and the service led economy that will follow. One of the reasons behind China's rapid economic transformation over the last two decades or so is the fact that through pragmatic reforms, it became the world's manufacturing center. Many companies all over the world relocated their production facilities to China to take advantage of cheap labor. Perhaps today, there is not a single household in the world without a “Made in China” product.

The Chinese government realized the importance of strengthening the manufacturing base of the economy to offer the much needed lift and boost to jobs creation for the legion of unemployed youth so it responded with pragmatic policies and structural reforms and by developing the right infrastructure base to support the manufacturing industries. Knowing how important local government structures are in achieving any objectives set by the Communist government, local officials and local governments were given incentives in a heathy competition to achieve more. Those local governments that achieved the reform targets set by the central government were given much more funds to develop their region. This is how China became the factory of the world, solved its potential political upheaval problems and lifted hundreds of millions from poverty to create one of the largest middle class societies in the world. This is the way to boost a sustainable economic development.

The challenge for China now is how to avoid the middle income trap or get over the middle income plateau which is described as per capita income of US$10,000 – 15,000 to join the exclusive club of higher income countries whose per capita income are in the USD$24,000 -30,000. In the past 60 years, only two countries have been able to achieve that feat, Japan and South Korea.

The African Reality
Coming home to Ghana and most African countries, we do see a situation where natural resources and agricultural sectors are doing well, and the new service sectors really picking up. What's lacking in the equation is the manufacturing sector. The sector that has the potential of solving the gargantuan unemployment problem we are confronted with. The benefits of being a late comer in development is that you get to benefit from policies that have worked elsewhere by learning from the efforts of successful countries like the East Asian Tigers e.g. Singapore, Taiwan, Malaysia, etc. Copying is not stealing. China copied a lot from Japan and the West. We can pick the successful lessons from these countries and also learn from their mistakes.

Three Objectives
Diversifying the economy becomes absolutely critical. In the shift from agrarian to urban economies, multiple sectors contribute to growth. The share of GDP contributed by agriculture and natural resources shrinks with the expansion of the manufacturing and service sectors, which create jobs and lift incomes, raising domestic demand and ensuring shared prosperity.

Another thing we need to do is boosting exports to finance investment in infrastructural development. Emerging markets require large investments to build a modern economys infrastructure. Exports are the primary means to earn the hard currency for imported capital goods, which in Africa amount to roughly half of all investment. Exports were vital for the South East Asian economic miracle and so will it be for Africa despite changes in the global environment.

This is not to say that African countries must follow an Asian model of export-led growth and trade surpluses, but they do need exports to finance the investments required to diversify. A clear Export Promotion Strategy must be defined based on Sub Saharan Africa’s comparative advantage of abundant cheap labor and natural resources. Gaining improved market access to OECD countries as well as emerging markets like China, India , Brazil etc, will help as well as supporting the development of skills necessary for exports promotion focused on manufacturing, agro processing, efficient management of oil and gas, minerals and tourism.

Investments in the School system to equip students with the right skills needed to power a 21st Century global economy and to make them competitive in the global market place are needed. African countries must shift emphasis to Technical and Vocational Education Training (TVET) in order to promote employment generating transformation.

A regional integration policy will also aid in accelerating the economic transformation by widening markets to make countries attractive locations for FDIs, increase competitive development of some industries and provide some degree of natural protection for domestic firms and strengthen their competitive position.

Conclusion
The purpose of this article is to stir a public debate on whether our own economic transition from an agrarian and resource base economy to a service-led economy without an industrial base is sustainable. Throughout history, it's manufacturing that has lifted millions out of poverty. The knowledge led service economy powered by technology has the potential to do so when it has a strong industrial base to depend on else it disproportionately benefits the elite.

The service economy can create mega rich individuals and some very successful global businesses but may lack the ability to employ millions because they may lack such high tech employable skills needed leaving them out cold. The service led economy always does better in societies with a strong manufacturing base and many people benefit from it. Have you ever thought of why hotels are much more expensive in Accra than in Tokyo, London, New York, or Shanghai? Because we have a skewed service sector patronized by the very few: the rich and the powerful. The same rationale explains the cost of accessing credit in Ghana today (among the highest in the world) and the cost of using broadband internet service for example. We are over charged and the quality of service is poor.

Ben Ofosu - Appiah,
Accra – Ghana
The author is a policy strategist, senior political and economic analyst who has written extensively on public policy issues in Ghana and Africa. He welcomes your comments. You can reach him at: [email protected] , Tel #: +233 26 765 5383