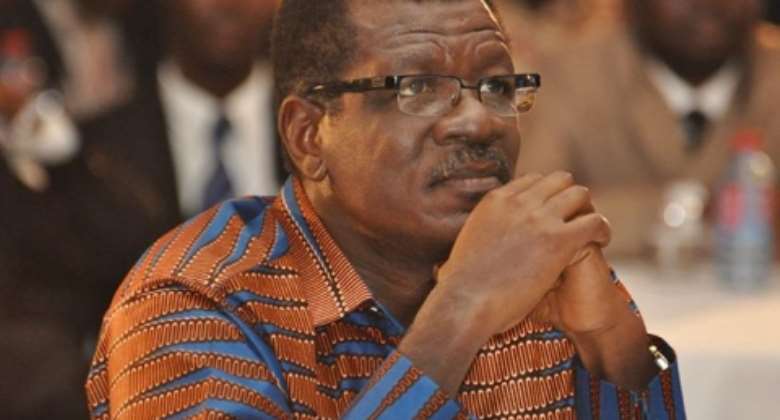 Pastor Mensah Otabil of the International Central Gospel Church (ICGC) launched a stealthy attack on African culture when he condemned the local meal “Fufu”. "Any food that if you have to eat you'll have to punish yourself like this, what's the sense in it? And the annoying thing is when you're pounding, the sweat will be going in and will be mixed, and even in the mortar, there are all kinds of bacteria in the corners, this is an ecosystem for bacteria, 5 years and we are still pounding and people will say, that's what we like" (Source: ghanaweb.com, Thursday February 23, 2017).

These include both interpersonal and intrapersonal (existential) isolations. Isolated individuals battle with depression, anxiety and suicidal thoughts. Individuals must be part of a culture to belong. Members of ICGC must be part of the church’s culture to belong. Without a given culture, one cannot belong. A Ghanaian must eat Fufu, “Tuo zaafi” , “Akpele” and Kenkey depending on choices and tribe to belong. Thus, an accomplished public speaker of Pastor Mensa Otabil’s caliber must not eschew cultural sensitivity when speaking to Ghanaians. Public Speaker’s ability to explore the cultural values and life experience of their audience in order to develop and maintain an effective and culturally sensitive communicative skills with individuals from diverse background is an example of multicultural competence.

Our ancestors had been eaten the healthy Fufu with “abunu abunu” plus snail or palm nut soup for centuries. The above food is not only healthy but equally not devoid of efficacious medicinal values. Pregnant women had been eaten plantain Fufu with palm nut soup to induce labor without complications. A campaign against fufu consumption is a campaign against the economy of Ghana. Fufu is eaten in many parts of West Africa now. Is it not weird to campaign against Fufu and expect cassava/plantain farmers and “Chop bar” operators to pay tithe to you Sir? If we eat a bag of foreign rice, we are putting money into the pocket of the farmers in that country.

Ghana imports about 70% of her rice. “In 2014, Ghanaians consumed a total of 754,698 metric tons of rice and imports make up 52 per cent of the figure, but it’s believed that the numbers might be bigger because of smuggling, which is not accounted for.In January 2015 the United States Department of Agriculture (USDA) projected that between October 2014 and September 2015, Ghana would import 600,000 metric tons of rice to augment the country’s needs.The USDA also noted that rice is now a major competitor of traditional staple foods in Ghana, stating that the country produces only 30 pe rcent of the rice it needs, and therefore has to import the 70 per cent shortfall” (Source: Ghana Business News: October 1, 2015). Discerning readers can check this link: https://www.ghanabusinessnews.com/2015/10/01/ghana-struggles-to-cut-rice-imports/

Pastor Mensah Otabil also arrogated to himself the power of cultural anthropologist and stated categorically and remorselessly that there is nothing like African culture. Africans had been ignorantly referred to as ‘heathens’, ‘savages or ‘primitives’ sometimes extolled as pure, natural human beings (Jahn, 1961). These adjectives came out of prejudice and stereotypes. For those who expect to see in their fellow men fools, blockheads or devils will definitely find evidence to confirm their biases.

By virtue of using certain adjectives, one can easily turn Gods into idols, faces into grimaces, voltive images into fetishes, discussions into palavers and distort into real objects and as matters of fact through bigotry and prejudice (Jahn, 1961). Are we insinuating that only the most highly cultivated person, humane, cosmopolitan, enlightened, progressive, or only meals of those individuals count as a real European or civilization? If this is yes, then I will agree that a real African, lives in the bush, carves, primitive sculptures, illiterate, goes, naked, live care freely and happy from day to day and eat Fufu.

To perceive that anything African like the methods of Fufu preparation is barbaric is most unfortunate. As Moses Foh Amoani once said, when it comes to Afican’s female circumcision, they arrogantly described it as female genital mutilation whereas unnatural carnal knowledge is packaged as sexual orientation. This monstrous falsification of Africans way of life by others must stop! Dear pastor Otabil, just tell us either you hate to be African or you have a business plan to go into powdered fufu production.

Nudged by my cultural self-awareness and identity as an African, I will never receive attacks on African culture as Pastor Otabil did without a heart-wrenching grief. I don’t care receiving such attacks with mortifying groans regardless of who is saying it. “Odumankuma” has made me who I am, including my fufu eating culture. Culture is people’s way of life and for Pastor Otabil to conclude that there is nothing like African culture is very nauseating. This means Africans have no ways of life.

The development of culture into its peak is known as civilization. Civilization started in Egypt and in the view of Senegalese historian of impeccable erudition, Cheikh Anta Diop, the makers of Egyptian civilization were blacks. They developed their own forms of writings and the first of its kind was hieroglyphics (Diop, 1974). Napoleon Bonaparte took his campaign to Egypt in 1799. Thanks to Rosetta stone, hieroglyphics were deciphered in 1822 by Champollion the Younger, who died in 1832 (Diop, 1974). He left as his calling card an Egyptian grammar and a series of letter to his brother, Champollion-Figeac, letters written during his visit to Egypt (1828-1829). From then on the wall of the hieroglyphics was breached, uncovering surprising riches in their most minute details. Egyptologists were excessively dumfounded with admiration for the past grandeur and perfection then discovered (Diop, 1974). The development of hieroglyphics preceded modern English alphabets. The pyramid of Gaza, opposite Cairo and one of the seven wonders of ancient world was constructed by black people.

In Ghana before the coming of the Europeans, our forefathers expressed their religion, philosophy and culture through arts and craft. For example, on the shrines of Akan dominated forest zone of Ghana, it was not uncommon to see illustrations like a ladder, a bird with its head turning backward on the wall revealing messages of Ghanaian cultural significance. For example, a ladder painted on the wall is telling us that death is inevitable for everyman on earth. A bird with its head turning backward is also telling us that if you forget something and you go back for it, you are not committing any crime. Upon this reason I am urging Pastor Otabil to respect his African identity. How many fufu eaters in the villages suffer from stroke? Where should farmers in the villages get money to buy Pizza or Chinese frog or KFC?, God will never put anybody to Hell for eating Fufu, so I am curious to know the purpose of this clandestine euphemism on African food and culture if not to authenticate and justify Euro-centric agenda? Fufu eating continuous unabated. God Bless Our Homeland Ghana. And Make Us Cherish Fearless honesty.