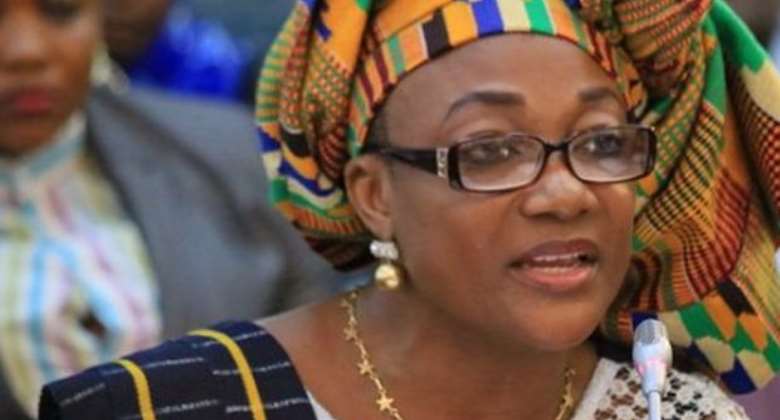 The other day we woke up in the land of our birth meeting the day as usual.

The airwaves carried a matter about our own: an alleged female thief whom some of us decided it proper to handout our 'usual primitive justice system' to her for probably daring to act in a manner preserved for malehood. She was caught allegedly stealing.

She was stripped naked; she was whipped. It is alleged that the people targeted the whip at her private part. The people targeted her feminity; probably for not responding properly to our cultural dictates for the feminine. A feminine should not steal.

It was to teach that symbol of womanhood a lesson.
This incident gave the airwaves something to labor on on prime time radio for some days. The new minister for gender related matters was called. As human as she is, she expressed sympathy with the victim. She added that such incident as happened to the alleged female thief was unfortunate and that it was 'unGhanaian'. Is it?

I thought that culture was part of us. We would wake up to see our newspapers carrying on their front pages gory pictures of alleged thieves who have been lynched and are half-burnt.

The hosts of these morning programs on radio stations would open the phone lines for their audience to make their personal judgement on the matter. The listeners would largely expressed their acceptance of such barbaric acts of the people. Listeners would say this kind of instant justice meted on alleged offenders is the only way left for the people to ensure sanity in our society since the state security apparatus hasn't been effective in its mandate.

Isn't it surprising that such barbaric acts have gone on for so long in our society, yet; there hasn't been any loud voice crusading against such acts in our society? How is it that nobody is taking it upon himself to educate the people to uphold the individuals rights?

How was it that the gender minister thought this incident with the victim a female this time was unGhanaian?

There must be something wrong somewhere!
Some few years ago, a female songstress was sexually manhandled on stage by her students audience that she was performing to. These were university students. They were not school dropouts. They were people who would later command respect in our society by virtue of their level of education.

There must be something wrong with the people's psyche. There is no doubt that the ordinary Ghanaian is harbouring so much rage about something. This culture of inflicting violence on another by a Ghanaian might just be a conduit by which the Ghanaian would want to vent out his anger about something in our society.

The people would vent out their frustrations on their fellow who equally might be frustrated about the same things as they are. Why?

These are Ghanaians who would throng police stations and Justice courts to demand that politicians who have been brought to trial for dipping their hands illegally into state coffers be released. They would risk their lives to seek justice for those whose thievery largely impoverish us.

But the people would brutally beat the life out of a 'female petty thief' on the street. It is puzzling.