Buhari, Deaths And Rumours Of Death 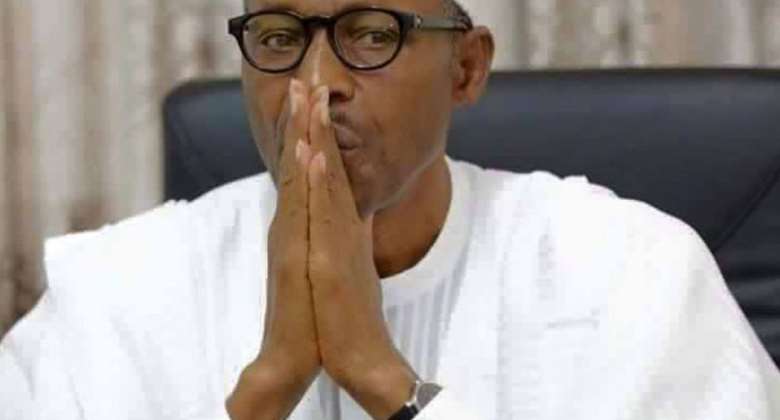 Since the travel of President Muhammadu Buhari to the UK for medical reasons, the nation has been rife with the rumoured death of the president which, thankfully, his spokespersons, Femi Adeshina and Garba Shehu, have debunked. In fact, there is a picture in the cyberspace showing the president to be relaxing and watching TV over there in the UK.

While some, for whatever reason, had celebrated the rumoured death, some others have given knocks to such people for rejoicing over the rumoured demise of another. Thankfully, our president is alive, or, so we are made to believe. Only time will tell, and in a short while, too.

Then comes the issues of actual death where the Air Force under the command of General Buhari (rtd), as Commander-in-Chief of the Armed Forces, bombed an IDP camp in Rann, Borno State, and it was mischievously termed a “mistake”.

One wonders what manner of mistake could that be when this same military had told us many times in the past that they had refrained from attacking Boko Haram camps because the terrorists were using women and children as human shield.

The question that arises from here is when did the air force stop seeing women and children from the skies that they did not notice that the camp they were about to bomb was filled with vulnerable women and children queuing for food and especially as the camp was not new and was well known to the military?

It is even more disheartening to hear from one of the survivors, Abdulwahab Adam, while recounting the incident of that day, that the fighter jet involved dropped the bombs thrice. “The bombs were dropped on us thrice and there was no way a mistake could be made thrice”, he said.

That incident committed by an arm of the military under Buhari’s watch should have elicited enough empathy from Buhari to compel him to visit the camp himself, commiserate with those who lost loved ones and give them his assurances on a number of issues bedeviling the IDPs. But like a majority of Nigerains, Buhari seems to have also lost his own sense of humanity!

Having stolen their foods and medicines, the only way the IDPs could get compensated by government was to get bombed. Thrice!

Beyond rumours, deaths in the IDP camps are real. Although official figures tended, as usual, to reduce the number of casualties, the chairman of Kala Balge Local Government Area, where the incident occurred, Babagana Malarima, revealed that a whopping 234 persons were killed in the “mistaken” expedition.

It was for this reason that I became apprehensive when it was announced that Nigeria would be sending a contingent of military personnel to The Gambia to help oust that country’s erstwhile dictator, Yahya Jammeh.

My apprehension came from the fact that our military might end up bombing Ghana by mistake instead of Gambia. Such a mistake would have had very fatal consequences for Nigeria. Thankfully, Jammeh relinquished power without a jet being flown or a bullet being shot.

On Friday, 20th January, 2017, our security agents also went berserk in Port Harcourt in an attempt to repress pro-Biafra supporters on a peaceful rally in support of Donald J. Trump on the occasion of his inauguration as the 45th president of the United States.

On that day, it was reported that 11 or more pro-Biafra peaceful demonstrators lost their lives to the raging bullets of Nigeria Police. This is surely the umpteenth time such most unfortunate incident would be happening without provocation, and again, under Buhari’s watch.

The attempted justification by anyone of such murderous act by the police shows how far we have lost our sense of humanity and citizenship as Nigerians. Some have blamed the demonstrators for holding the rally in Port Harcourt instead of a state in the south east and for making Trump the subject of their demonstration. The question is, is there any law that forbids any Nigerian from exercising his/her rights and expressing him/herself peacefully anywhere in Nigeria? Or is anyone restrained by our laws from supporting or opposing a president of the United States for whatever reason?

When Nigerians are supposed to be alarmed at the murderous clampdown of peaceful demonstrators by state agents but choose to blame the victims of state-organised-carnage for attempting to express themselves peacefully, then we know we have lost our humanity. Is it then a surprise that some Nigerians rejoiced at the rumoured death of president Buhari while some are still waiting with restrained enthusiasm for the confirmation of such rumour?

It is even more ironical and befuddling that while the police were allegedly mowing down pro-Biafra supporters of Trump in cold blood in Port Harcourt, anti-Fayose demonstrators were at the same time receiving royal treatment from our security agencies in Abuja. What a nation!

My take is this, Buhari must not die. He must live to face the shame and take responsibility for leading a once prosperous nation into abject poverty where malnourishment, hunger and disease of civil war scale are now the order of the day. Dying now would be a cheap escape for Buhari from disgrace that comes with crass ineptitude, gross incompetence, brazen tribalism, humongous and asinine official stealing of our commonwealth and from the IDPs, double standard in the acclaimed war against corruption, barefaced persecution of political opponents, religious bigotry, economic hardship, extra-judicial killings, massacres of fellow citizens by his tribesmen, the Fulani herdsmen, and others too numerous to mention.

Buhari has to live to cringe in shame for all these. It would be a painful thing if he dies now. How can he lead us thus far, sailing our collective ship of destiny towards abyss and escape through the backdoor? No, he brought this upon us and he has to be alive to be haunted by the wailing blood of the innocent ones he failed to protect; those who have died out of hunger and “mistaken” bombings; those he has persecuted out of vengeance, vendetta and or for not belonging to the same tribe as him or for belonging to a different sect of Islam from his, or for expressing different opinions from his. Whichever way, Buhari must live to carry his cross.

He must learn while alive that power is nothing but a privilege which must be used to serve people and that there would always be consequences when it is used to enslave them.

Finally, Buhari and his marabouts, both political and spiritual, must not be astonished at the seeming joy gripping Nigerians at his rumoured death. How the people react to a man’s demise is totally dependent on how the man treated his people while alive and in power. If he used power for the benefit of the people, sorrow would naturally engulf the people when he dies, but if he misused power while alive, joy will fill the city at his demise, for the Holy Bible says “The whole city celebrates when the godly succeed; they shout for joy when the wicked die” (Proverbs 11:10 NLT).