Confusion In The NPP Government: Check The Inconsistency Of This Led NPP Government, Who Is Lying About The Economy? Dr. Bawumia Or Osafo Marfo? 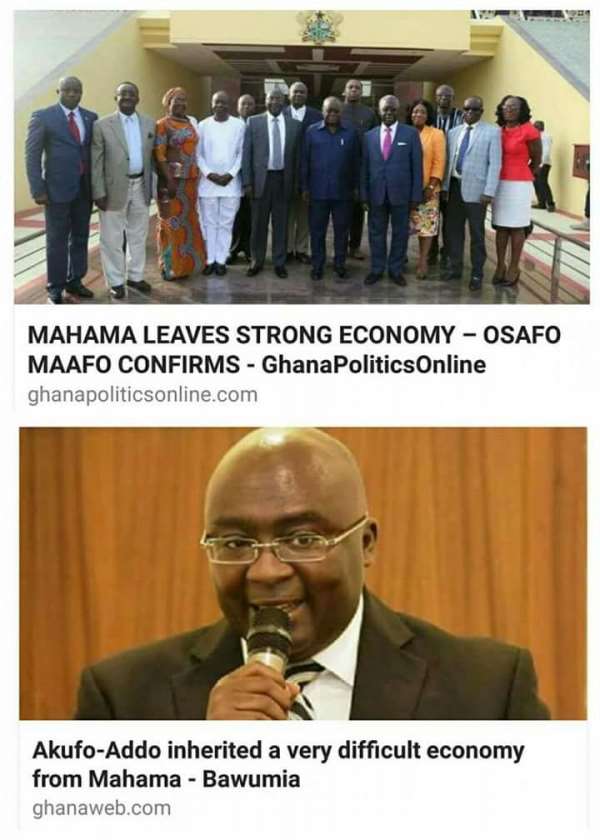 Worrying is the fact that both the senior minister designate and vice president are members of the economic management team.

One would have thought that there would be a unanimous view about the state of our economy even though industry players and the World Bank have confirmed that the Ghanaian economy is resilient and would record single digits inflation sooner or later this year. So why the sudden variation?

This is hogwash and complete nonsense. The Mahama led NDC government was voted out because Ghanaians thought an NPP government will be a better alternative.

My response to Mr. Vice president is that he should stop whining, stop the blame game and get to work because myself like many other Ghanaians had the feeling that he was an economic Messiah. Ghanaians wouldn't take excuses, not at all.

For your information Mr. Vice president your party now the government in power made many juicy promises like:

1 district one factory
Reductions of utility tariffs
Removal of all taxes levied on fuel and electricity just to mention but few.

So one would be confused if with all these numerous promises and with just a week in government you've started giving us excuses.

The animals farm Napoleon tactics must stop.
We want results and nothing but that can save you, period!

By the way Mr. President has named 36 ministers so far even though there's rumours in town that there's likely to be an addition to what we have so far, this is shambolic and unprecedented in our political history.

Awurade Yakubu can a weak economy afford 36 ministers and still counting? What are pearls to swines?

Gritting my teeth and shaking my damned head in utmost disbelief.