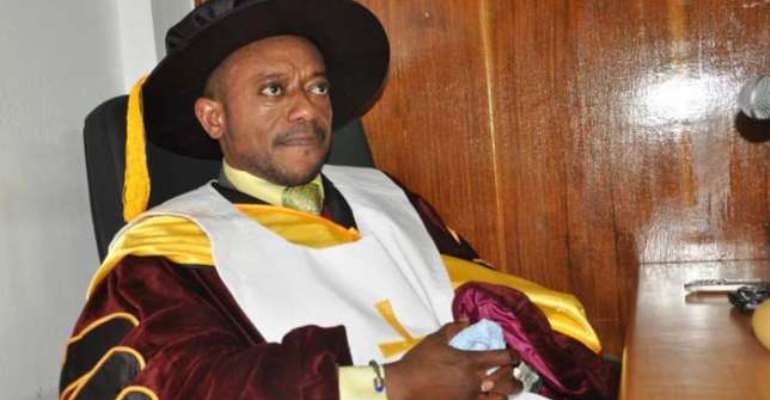 No, my earlier prediction was not from God. I am no Man of God; I am only an incompliant sinner who God would not send to deliver a message to his children, while the likes of Rev Owusu Bempah are still hanging around.

As a matter of fact, I based my prediction on the present indications and a retrospective analysis of the successive NDC governments performances in the area of socio-economic standards of living.

As it was expected, I received an avalanche of unmeasured criticisms from the sympathisers of the NDC Party following the publication of the periodicals.

So, I was somewhat dumbfounded when Rev Owusu Bempah prophesied on 31st December 2017 that the NDC Party will stay in opposition for sixteen years; see: ‘Owusu Bempah’s seventeen prophecies for 2017’-ghanaweb.com, 01/01/2017.

Upon hearing and reading Rev Owusu Bempah’s prophecy on NDC Party, I soliloquised: “My prediction may come to pass after all.”

Well, you may castigate me for putting my trust in the firebrand prophet, but who am I to judge? After all, hasn’t the good book say judge not?

Indeed, I have no supernatural powers to know whether if, Rev Owusu Bempah’s prophecies are from God or not.

Apparently, it is being reported that some of Rev Owusu Bempah’s predictions or prophecies more often than not, come to pass.

If you may recall, he boldly predicted that Nana Akufo Addo was going to win the 2016 general election and impertinently dared that his mission house should be burnt down if his prediction failed to come true.

Verily, NDC Party’s abysmal performances over the years are so conspicuous that one does not require God’s prophecy before realising that the party will struggle to come back to power.

Obviously, the outcome of the 2016 general election gives credence to the fact that Ghanaians have overcome their memory loss after all, contrary to former President Mahama’s earlier pronouncement about Ghanaians chronic amnesia.

Ghanaians have thus far stencilled on their mental sheets:

Let us face it, President Mahama and his NDC apparatchiks went haywire in their desperation to cling on to power during the 2012 general election. Thus they broke all conventions. Many government departments spent over and above their allocated budgets.

Thus, many observers hold a strong view that Ghana’s economic downslide came about as a result of the unbridled sleaze and gargantuan corruptions that have been associated with the NDC government over the years.

The general believe among Ghanaians back then was that the NDC apparatchiks bought votes with the tax payers money. And, consequently, they retained power following the controversial election on 7th December 2012.

Apparently, the previously single digit inflation and budget deficit doubled astronomically. The GH9.5 billion debt which former President Kufuor and his NPP government left in 2009 rocketed artificially to unpronounceable figures. Our total debt has since ballooned to GH112.4 billion as of November 2016.

As a matter of fact, the worst economic conditions, coupled with the never ending dumsor brought untold hardships to the good people of Ghana and the vast majority of Ghanaians would not wish to revisit.

Believe it or not, if President Akufo Addo was to honour his Manifesto promises, of one district one factory, one village one dam in the northern part of Ghana, one million dollars per constituency, free SHS, tax reductions, among others, trust me, NPP Party will, as a matter of fact, keep the NDC Party in opposition for a very long time.