I Want To Marry My Sister 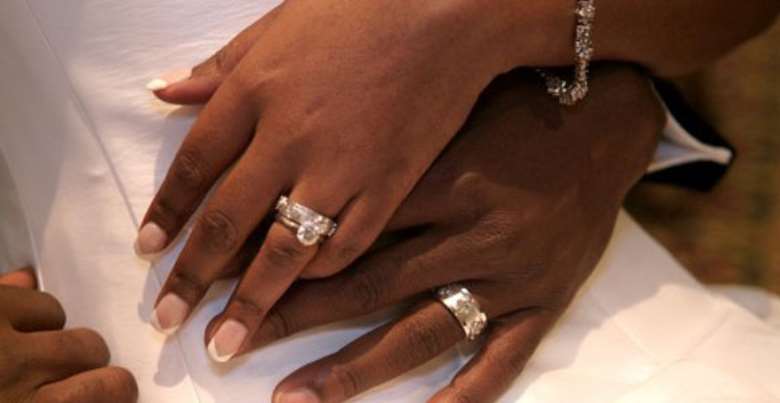 And I know it is a taboo act for an Orthodox convect like me to think of marrying a sister of a charismatic church. How does one who prays the rosary marry one who has the gift of spontaneous tongue speaking with God? She is my sister in Christ. How does one marry his sister?

How is it that we suddenly develop a fear or dislike for people of other religious beliefs when no one largely chose the religion he belongs to?

Because, it could be that you who is a Christian today would have been born a moslem because you came to this earth by Moslem parents.

You would have the shock of your life if you happen to find yourself at the centre of one seeking a marriage between a couple of different religions. These are Moslems and Christians who believe in the monotheistic God. They all believe that in the end they would sit with the one God on a table dining with him in heaven. But on this earth, they wouldn't give their daughters to another of the other religious sect lest to talk of eating together in the same plate. Church leaders would vehemently oppose such unions as if the act threatens the very foundation of that religious sect.

How do Catholics, pentecostants, or the Jehovah Witnesses expect to live peaceably with God in heaven with those from other religious sect coming to heaven when they cannot see eye to eye with each other on earth ?Least provocation, they would fight and kill each other defending their belief in the name of the one God.

And so today , I am a Catholic wanting to do the taboo thing by marrying my Pentecost 'ojashios' sister. Her church elders are against such marriage. They say we Catholics don't worship God. They say we only pray 'Hail Mary'.

Then I opened my bible and flipped to John 17: 21. Jesus prayed ' That they all may be one as the father and the son are one ' in heaven.