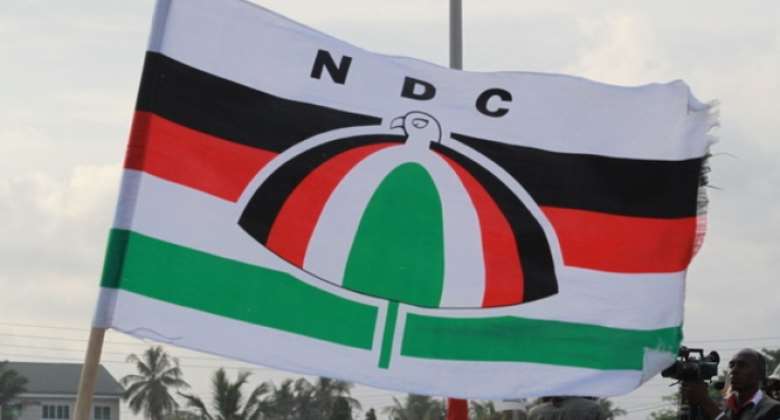 ..un tal Narteh, a panelist on foreign tv programme, l guess, has observed that, when he was in Ghana, some time back, he could tell from look of things within presidency that president John Dramani Mahama was not prepared to govern the country and those around him knew it and took advantage of him..

Well, Mr. Narteh, this is not Daddy Lumba's song of love story where the love-striken 'bird' is unduely taken advantage of, rather is about governance of a whole country. But he incessantly, somehow implied that short of the situation that led to demise of the late Prof. John Atta Mills the actual president, Mahama, who is due to hand over to Nana Addo Akuffo-Addo, the incoming president, making with the highest office of the land would have been shot in the dark

Though his colleagues on the programme tried to tap him on his shoulders to reel him to realities that erractic water supply and most importantly energy crisis, on which the debate was based, is mainly due to lack resource. His colleagues, two nigerian hosts and panelist clarified things on Ghana's inability to secure gas from Nigeria for thermal electricity generation is mainly due to the fact that Ghana is owing Nigeria and that Ghana is unable to defray the debt as at now

Well, l do not understand the logic tag of Mr. Narteh, but if we have to move away from cynically and pretentiously callous way of rationality to actually look at what exactly caused the defeat of NDC, we will want to break down the electoral results for both NDC and NPP which are the two major political parties in Ghana judging from the previous and current electoral results

53.8% for NPP while NDC has 44.03% of total votes cast. Analysts have calculated 3% extra winning margin for NPP as compared to 2008 and 2012 results. Analysts also forewarned of serious threat to NDC victory should NDP party win 1% of the total votes or splitting NDC votes

In essence, NPP 3% extra winning margin is massive but will definitely not explain 10 point victory over NDC. So what has made NDC to lose by 44% to 53.8% of NPP?

The most obvious is the actual economic situation in the country which has created voter apathy, dramantically translate into low turnout. Majority of voters who failed to come to vote are NDC voters. Let them not complain that we did not warn them of excessive borrowing; infact, you can't build a Rome in day. That is the main reason some of us quickly endorsed yet to be implemented 40 year national developmental plan or agenda

With long term national developmental plan, there wouldn't be the "green book" rush to develop the country in 4 year term, all we need do is to follow the scheme and leave the rest for the next government

Excessive borrowing, having a lot of money around, came lavish spending, l mean, what is justification of government buying two cars and a house for Madam Akua Donkor, if NDC government really did so, as alleged by Madam Akua Donkor herself and talks of luxury cars for chiefs and corruption scandals?

The debt accrued from excessive borrowing has affected the economy, as we have to raise so much money to service the interest leading us back to IMF

On the same tv programme set up with the theme to discuss why president Mahama led NDC government lost 2016 general elections. Two factors; lack of proper communication and featuring adequate candidates in both presidential and parliamentry elections were intensively discussed

Then, Dr. Bawumia balanced the equation on the vice-presidential slot both physically and vociferously. NPP featured individuals with marital status in almost all the constituencies for the position of MPs while NDC featured, in some constituencies, unmarried candidates to vy for positions of MPs hence balancing the scale of power in favour of NPP

Apparently it turns out not to be primitive strategy as Kwesi Pratt summed it, when George Andah, MP elect for Awutu Senya West constituency challenged Hannah Tetteh, minister of foreign affairs, on her marital status aimed at gathering votes. Let's face it, married candidates are portentous of winning extra symphaty from the voters than unmarried candidates

On communications, Dr. Bawumia was gem, he characteristically neutralized vice-president Kwesi Bekoe making his bid to rally votes completely nulo. President Mahama, who is communication expert, started very well, attacking leadership style of Nana Akufo-Addo, after all, it is true that the internal wrangling of NPP under Nana Akufo-Addo is unprecedented

Ironically, president Mahama 'unconsciously' minimized drastically the impact of his attack on Nana Addo. He somehow implied that his attacks on Nana is borne out of equalization, l mean when he called on critiques to equally condemn Sarfo Marfo for his ethnocentric comment. I mean he ought to have continued his attack on Nana's leadership style without making reference to previously existing ethnocentric comments from NPP camp despite criticism from other quarters like West African Media foundation, e.g.

So, Mr Narteh, above is possible explanation why NDC lost 2016 general elections