Must we continue to be the “Concert” Region? 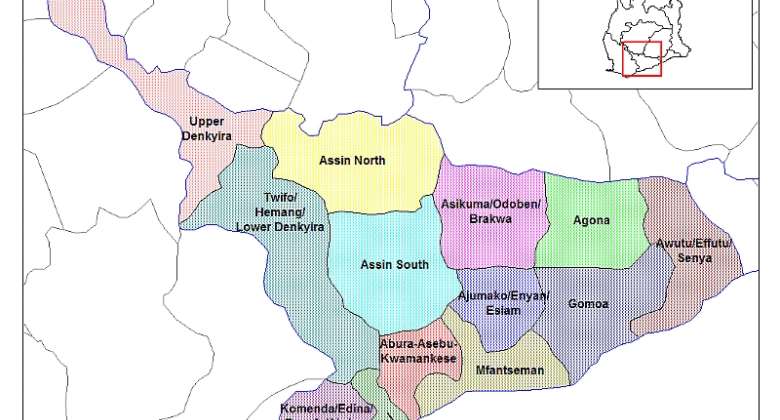 Nana Oben’s article (“What is wrong with Akans, (especially Fantis) anyway?”) of 11th November got me reflecting on my recent visit to Ghana. Before I read Nana’s article, I was asking myself this question, “do we in the Central Region really have to continue to be the jokers of Ghana, even though others have taken over the concert party scene and are now telling stale, jejune and crude jokes?”

From my recent experience travelling through the Agona, Gomoa, Asin, Twifu, Enyan and Ekumfi Districts/areas of the Central Region, I am convinced that the only jokers in the Central Region today are the people who by accident of birth call themselves chiefs and those so-called opinion leaders under the “umbrella” who are falling over each other to convince the people of the region that John Mahama is the best thing that happened to Ghana since Tetteh Quarshie brought cocoa from Fenrnado Po.

The last time I checked the Central Region ranked third or fourth in cocoa production in Ghana, yet the roads into and through the cocoa producing areas of Agona, Gomoa and Assin among others, are some of the worst in the country. I will leave the people of the Western Region to speak for themselves.

In addition to cocoa production, the Central Region also produces timber, copra, oil palm, citrus, tomatoes and even some gold in the Twifu area. Yet, a recent article I read on the internet claimed among other things that the Central Region is the second poorest region in Ghana. In Election 2012, the region was second in the number of spoilt and therefore, disqualified ballots, meaning again that in spite of having some of the oldest and best educational institutions in the country, the Central Region is also one of the least literate in the country.

And the reason is not difficult to find. Much of what the region produces is taxed very heavily into state coffers and taken away as raw materials, with very little value added, for the benefit of the region’s citizens.

Even the Akora and Densu Rivers, the major sources of drinking water, are now being taken away from Kwanyako Water Works, to serve Greater Accra, after the government looked on unconcerned for the fishermen in that region to destroy the water in the Weija Dam, through illegal fishing practices.

Central government has invested very little in the Central Region. Instead, some selfish and myopic sons and daughters of the region helped Jerry Rawlings to destroy the poultry industry, the one viable industry that served the downtrodden citizens of the region. And of course, unlike others who never forgive insults, we rewarded him by voting massively for him in 1992 and 1996, not even his reference to “Oguaa Akoto” as having sanitation practices worse than his ‘staple,’ the cat, could persuade us!

Following rumours I heard about one new community secondary school that was being built in the Agona District, I made an effort to find out and lo and behold, 80 percent of the contract awards for the schools that are being constructed in the Gomoa, Agona and Ekumfi areas went to contractors from the Northern and Volta Regions of Ghana! It is the same with the many half completed roads in the region. Yet there are people who call themselves contractors in those districts who apparently finance the ruling NDC from the crumbs that they receive from under their banquet tables, like constructing open gutters. How very funny can we get?

With the abject poverty of the region, it is not surprising that we also come close to the bottom of the literacy ladder. Primary education in Ghana now comes with a heavy cost. Most of the traditional high schools in the region only admit students with the best results from the Basic Education final examinations. To be able to achieve those results, parents and guardians must send their wards to the best preparatory schools, mostly located in Accra, Sekondi-Takoradi and Kumasi, supplemented by year round “extra classes.” When all that fails, it comes down to the nonsensical “protocol admission” scheme or else 2,500 t0 3,000 GHC a place, none of which the majority of the poor people in the region can afford.

This artificial poverty has been created in the region just for electoral purposes. Until the 1992 elections, the Western and Central Regions were the two regions that voted on issues. They were the kingmakers of Ghana. Since then politicians, including sons and daughters of the region, have calculated that with some pittance for our grovelling chiefs and tins of milk, sardines and a few tattered cedis, they can get the people of the region to do their bidding. After that, they never step foot in some of those districts until when they want their votes again.

As Nana Oben wrote, most of our people do not have the facilities or even the education to read this. If you were born or live in the Central Region and have the facility or opportunity to read it, pass it on to our brothers, sisters, uncles and friends who do not have them, to pass it around. Tell them that the NDC and Mahama are bad news for the region in 2017. They have deceived and taken us for a rough ride for eight years. At least Kufuor sprayed our cocoa farms without asking for party cards. He fed our kids in school and ensured that our HNIS cards actually worked.

Let us try Akufo-Addo for four years. His “One District, One Factory” is doable. With the resources of the region, we can demand, wood chipping factories (firewood, corn husks, tree barks, etc., are aplenty in every corner of the region), tomatoes, cassava, plantain, cocoyam, citrus, copra and coconut, can all be turned into raw materials for local operative-controlled and managed factories, to provide jobs for the teeming unemployed youths of the region. They will also provide apprenticeships for the half-educated drop outs of the badly mismanaged education system in the region.

Grandchildren and descendants of Obumankoma, Odapagyan, Oson, Egya Ahor, Nana Kwamena Ansah, John Mensah Sarbah, Kwaw Ebonyi. Asebu Amenfi, wake up and stir yourselves. Our present position is NOT where Nananom wanted us to be in 2016! Don’t let their struggles be in vain.

I am not done yet.