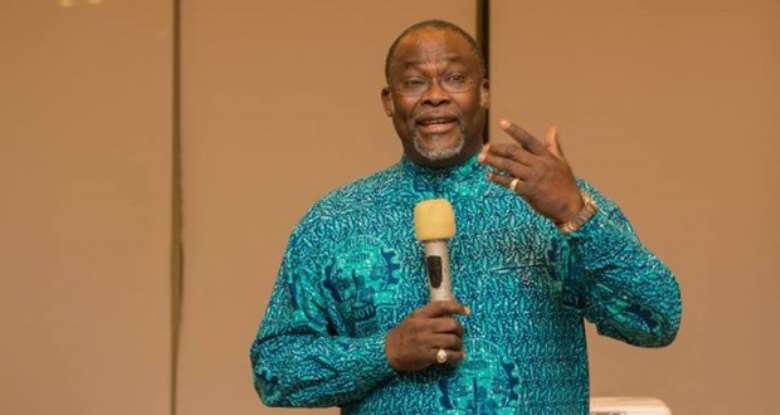 The Ministry of Trade and Industry has launched a policy to guide the promotion of local goods and services with a commitment to pursue the enactment of legislation to back its implementation.

The policy is to encourage institutions, especially public ones to procure locally made products and services.

Minister of Trade and Industry, Dr Ekwow Spio-Garbrah said he would look at passing the law to compel public institutions if the policy implementation does not receive the necessary support and goodwill from stakeholders.

He said there had been concerns over the effectiveness of policy implementation in the country in general and there are fears that the Made in Ghana policy can be ignored since it is based on moral persuasion and encouragement.

“You start with a policy that is based on moral persuasion, on encouragement, on us trying to do the right thing,” he said.

The goal of the policy is to promote made in Ghana goods and services to support the attainment of Ghana's vision to attain middle income status through structural transformation of the economy.

This would serve as a guide to enable Ghanaians exercise a preference for buying and promoting the purchase of goods and services made or produced in Ghana.

Dr Spio-Garbrah noted that public institutions especially are responsible for ensuring that tax-payers' money, which they use in the discharge of their duties stays in the local economy.

“As public servants, we don't spend our own money, we spend money collected from taxpayers, so we must make sure that that taxpayers' money we're spending goes back to Ghanaians and not foreigners,” he stated.

He said private institutions, though they use their own money for procurement, should patronise other locally made products and service to support other private companies.

He called on more Ghanaian public and private companies to support the MiG campaign either in cash or kind, adding that “by supporting, you also help to address youth unemployment in the country”.

Mr Carl Lokko, Director Policy and Strategy at the Public Procurement Authority, who launched the policy, said stakeholders, must play their roles in creating the necessary environment to help economic activity associated with Made in Ghana goods to flourish.

“The minimum requirements in terms of standards will not be compromised, in the interest of consumer safety,” he said.

He called for increased awareness creation of the need for and how to patronise made in Ghana products and services.

Dr Nana Dankawoso I, President of the Ghana Chamber of Commerce and Industry, who chaired the launch, said the policy would inure to the benefit of the private sector in particular and Ghanaians in general, including increased demand and production, and ultimately an improvement in Ghana's trade balance.

Mr Seth Twum-Akwaboah, Head of the Policy sub-committee of made in Ghana campaign committee noted that the launch of the policy is only the beginning of its work as the most important aspect is monitoring and evaluating to ensure it is implemented effectively.

The Ministry also commissioned some 27 people drawn from various industries including the media, to be ambassadors of the made in Ghana campaign.

Papa Dankwa Arkhurst, who represented the ambassadors, pledged their commitment to advocate and promote the purchase and use of made in Ghana products and services.

Blow-Chem Industries limited, producers of Bel-Aqua Mineral water presented a cheque for GH₵25,000.00 to the ministry to the campaign.

The Ministry also announced that GHACEM and Goil, key partners of the MiG Campaign had also presented GH₵100,000.00 each to the campaign.

Ghanaians must be involved in the process of negotiations wi...
27 minutes ago