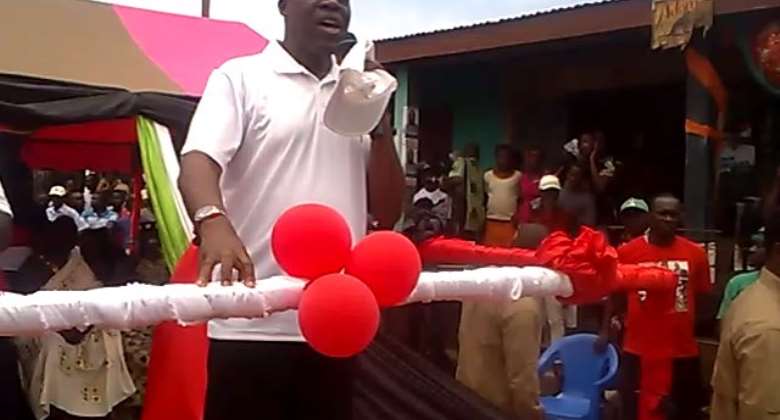 He made the comment at a campaign event in the Eastern region Friday, when the attention of his audience had drifted to a young woman in her twenties who was 'vertically challenged' and was carried shoulder high by some persons in the crowd in order for her to see what was happening on the dais.

Distracted by the incident, the Vice-President paused for a while to ask why the woman had been carried. The crowd responded that it was to help the young voter get a better view of the campaign event.

Served with what appeared to be an irresistible analogy, the Vice-President told the cheering audience that short people should be carried in order for them to see the achievements of President Mahama.

The crowd burst into uncontrollable laughter.
In a campaign of high stakes, government officials have found space for humour by targeting the height of NPP Presidential candidate Nana Addo Dankwa Akufo-Addo.

The Sports minister was the first to make reference to Akufo-Addo’s height after he said at the campaign launch in the Central region that the presidency is not for short people.

The reaction from the NPP was thick condemnation.
The Vice-President said the loyalty of the constituents to the NPP during elections has not been commensurate with the level of developments in the region.

He said leading figures in the party like Osafo Maafo who hail from the region have failed to develop the road network.

The NDC has vowed to split the votes in the region that has been a second stronghold for the opposition NPP.

The NDC has launched Agenda 50/50 to share the spoils with the NPP, a target the NPP has laughed off as impossible.