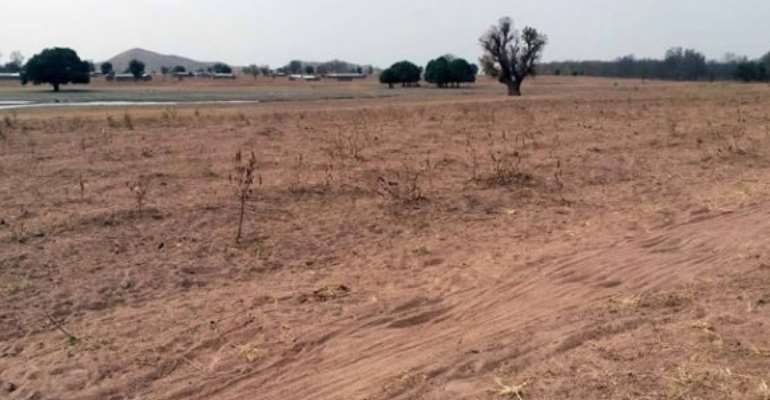 The Savanna Accelerated Development Authority (SADA), has re-introduced the tree planting exercise in the savanna ecological zone as a means of promoting its agricultural-led transformational agenda.

The SADA afforestation project under the leadership of former SADA head Gilbert Iddi, failed after some months, but the current head, Dr. Charles Abugre, has promised that the exercise will be sustained in the zone.

In 2012, it emerged that, although part of the 32.4 million Ghana cedis allocated to SADA to implement the afforestation project was spent, there was not much to show on the ground.

The project rather contributed to the depletion of the environment.This is because, the natural vegetation cover had been destroyed to make way for the afforestation project, but the project has failed to yield any positive result.

SADA boss, Charles Abugri.
Speaking at the 7th Assembly meeting of the Bongo Assembly in the Upper East region, Dr. Charles Abugri said the greening of the Zavanna ecological zone is critical for the development of the SADA areas.

He added that, his outfit will consider reactivating the tree planting programme in consultation with other key stakeholders to make the programme a success.

Gov’t not committed to SADA
The moves comes months after the Coalition of Civil Society Groups in the SADA zone, said government is not showing ample commitment to the development agenda for the area.

About SADA
The Savannah Accelerated Development Authority (SADA), is a Government agency  responsible for coordinating a comprehensive development agenda for the savanna  ecological zones comprising the three northernmost regions and stretches of Brong Ahafo and Volta, that are contiguous to the Northern region of Ghana.

Its mandate is to assist in the development of agriculture and industry in the region to help lessen the disparity between its development and that found elsewhere in the country.

Savannah Accelerated Development Authority was established by an Act of Parliament; SADA Act 805 on 17 September 2010 with its first Chief Executive Officer appointed in October 2011.

SADA will institute projects, programs and policies aimed at stimulating growth and addressing the human and social development needs of the target area.

SADA wasted funds
With a 5-year business plan which begun in 2012, and will end in 2016, SADA cannot boast of any significant achievement after some 32 million cedis allocated to it, failed to produce the desired results due to mismanagement and corruption .

This forced President John Dramani Mahama to replace its chief executive as well as the board, to steer the affairs of the agency. The agency is expected to retrieve monies wasted and unaccounted for by the previous management, and possibly prosecute officials who caused the losses, but that is yet to happen.

At a recent sitting of Public Accounts Committee (PAC) of Parliament, the Vice Chairman of the Committee, Samuel Atta Akyea, described as disgraceful, the high level of financial impropriety uncovered in the accounts of the Savanna Accelerated Development Authority (SADA) by the Auditor General in 2013 and 2014.

Latest Photo Reports
Catch up with all the political quotes from our politicians.
Advertise here
More Headlines
ModernGhana Links
I wanna sleep in jail for this — says Shatta Wale whiles leaving Court room
Foreign Ministry officially announces death of Ghana's Ambassador to Italy
Akufo-Addo to launch "Operation Clean Your Frontage" campaign at Independence Square
Government is committed to resourcing the Office of the Special Prosecutor - Akufo-Addo
Handling LGBTQ+ issue in a correct manner will be a credit to Ghana’s democracy – Akufo-Addo
Komenda Sugar factory 'collapsed' under Mahama; if not, why didn’t they go for that $24 million for raw materials? – Akufo-Addo
Jesus Ahoufe remanded, to appear in court on Monday
LGBTQ+: I was impressed by intervention of very renowned, well-positioned people – Akufo-Addo
Go complete Aflao E-block if you're giving ultimatum to my minister – Sarcastic Akufo-Addo tells angry Togbui Fiti
TOP STORIES