Application Of Science And Technology To Combat Climate Change In Africa 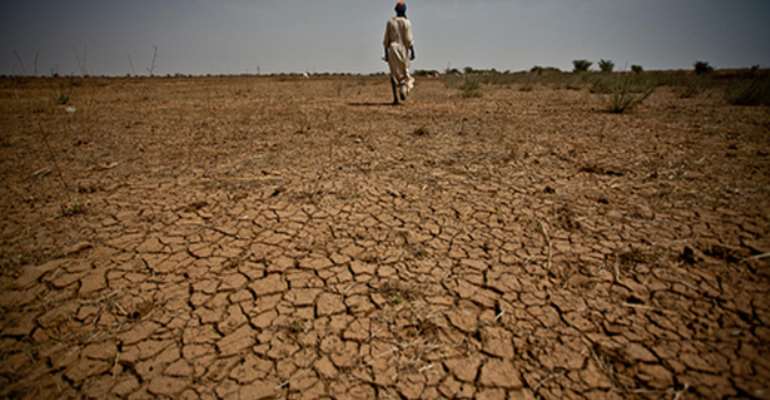 There is no doubt that changes in the earth's climate always occurs, however as a result of human induced activities over the years, the change is happening at a fast pace. This change is at the moment changing faster than it has happened for thousand years, according to a 2013 National Science Foundation (NSF) report. The society and every sphere of human life including food supplies, health as well as business and national economies will be affected due to climate change.

The issue of climate change truly affects the prospects that many African countries are making to achieve the newly adopted 17 sustainable development goals. In spite of the dangers that climate change poses, it also presents an opportunity to business models and innovations to create a pathway leading to addressing the problem and creating employment opportunities.

Climate change is one of the major emerging challenge to Africa's agriculture development. The nature of unpredictable and erratic weather patterns on the continent places an immense burden on food security as well as rural livelihoods. The prolonged drought in Ethiopia, and floods in Ghana, and Burkina Faso shows the danger of the changing climate in Africa.

A report by the Intergovernmental Panel on Climate Change (IPCC) reveals that 250 million people in Africa are in pole position to experience food insecurity due to climate change underpinned by crop failure, loss of livestock, and water scarcity. In addition, the IPCC report in 2007 projects the African continent will become the most the vulnerable to climate change as result of multiple stresses in the form of poor infrastructure, poverty as well as governance.

The report continues that temperature are likely to rise by 1.5 degree Celsius in the 21st century culminating into reduction in crop yield of up to 50% with crop revenue also expected to fall by 90% by 2100. The World Bank Group has come out also with projections which shows that Sub Saharan Africa overtaking Asia as the food insure region in the world inhabiting 40-50% of undernourished people in 2080. The Breton wood institution continues that arable lands will also decline by 2080, saying that 9-20% of arable will be unsuitable for agricultural activities.

From all indications, Africa is on the brink of witnessing devastating effects of climate change on food production. With variations in temperature and precipitation, increase in crop pests and disease, as well as low soil fertility is expected to have a huge burden on food security.

For instance, in Ghana farmers are experiencing problems with cropping season. Ghana's agriculture is rain fed and thus any unexpected changes in the climate become a Herculean task for farmers. During my undergraduate study in the third year, a field trip to ask farmers on their understanding and impact of climate change on food production revealed that, most farmers find difficult to plant seedlings due to climatic changes. One farmer says, "we are not able to go to the field to plant seeds because, in the years past we could determine which months to plant and have rainfall but now it is not the case." Moisture that is required during planting period is not adequate. This leads to poor or no germination of the seeds for farmers. On the other hand, when the rain comes in, it comes excessive, resulting in floods which affects upland crops which grow under moist condition.

Farmers need fertile land to promote high agricultural output. With excessive application of fertiliser coupled with low knowledge in dosage, farmers eventually render farmlands acidic thereby leading to unproductivity for long periods. This means, farmers move from one farmland to another in search rich soil to safeguard high crop yields. Undertaking this destroys large vast of land, and intense competition placed on few fertile lands. With that in mind, lots of farmers are placed out of work and result in conflict between people, communities resulting in deaths.

The impact of climate change can be addressed through the deployment of science, technology and innovation in the agricultural sector. There are developed and even upgrading varieties of seeds that can withstand the effect of drought to provide for all year round agricultural output. In the same way, biotechnology ensures that crops that have the ability to resist pests and diseases are developed and released to farmers. What is left is the adoption and usage of these. The role of agricultural extension officers therefore play a vital in facilitating this to make sure farmers get the right information on how to apply these seeds. A lot of work has been done by the Bill and Melinda Gates Foundation, CGIAR consortium to help African farmers adapt to the impact of climate change. African governments need to scale up initiatives undertaken by such organisations to reach large farmers.

In the same vein, African governments need to dedicate financial resources towards agricultural research to support research institutes come out with high yielding crop varieties that meet local climatic conditions. The research institutes also have to develop business models that can fast track the adoption of these varieties by farmers.

In conclusion, climate change can halt the development progress globally and particularly on the African continent. Therefore, there is the need for governments, private sector, non governmental organisations and development partners to chart a common cause and goal to address the impact of climate change in the agricultural sector to attain food security. Governments need to integrate climate related issues into national and regional development plans and processes. It is also important that development agencies cooperate with climate researchers and scientists when it comes to the design and implementing of projects to promote adaption thereby reducing emissions.