There Is Just No Age 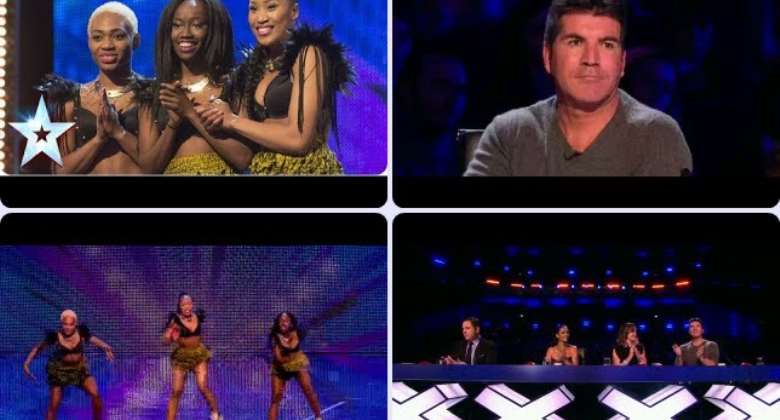 I was in Nigeria recently for only one week to attend the burial ceremony of my father-in-law, late Mazi John Oleka of Umuariam Obowo in Imo State. Pa John died at the ripe age of 101 years.

Two incidents that happened during the week impacted so much on me that I thought I should share them with my family and friends.

First was my daughter, Ezinne and her dancing career. After she made a second class upper division in Accountancy from Britain’s Westminster University, I thought she would settle for the ACCA professional course and get a job in a reputable accounting firm. But no! Right from those university days, my daughter had made up her mind with two other young women, Nobile and Solia to form a tripartite dance troupe they later called CEO Dancers. The CEO Dancers made their international debut when they got to the semi-finals of Britain Got Talent shows in 2014. From then on, there was no going back for them.

For a while, I was very sad, and I made no pretensions about that. How could a young woman who made such a grade in the university dump her discipline and take to Dancing as a career? More so, when her father is a well known journalist! I didn’t get it. I didn’t because by our African standards, every parent would love his child become a doctor, a lawyer, an accountant, an engineer, a journalist or to get into some profession that is hot cake in the employment industry.

When I asked some of my good and trusted friends what they felt about the situation I found myself in, they advised me to let go. Some said I should encourage her if the career she was getting into was what would make her happy. One of my siblings said specifically that she had raised the profile of our family to “celebrity status”. I wondered.

Just a few weeks ago, it was all over the place, in all the media from America through Europe to Africa and the Far East. The Black Life Matters Movement was all over the place. But I realized something was wrong. Black life matters. Yes. But then, what about white life? In other words, if the challenge of the movement was “inclusiveness” the organizers should have used the slogan “LIFE MATTERS!” But by segregating black life, even in the face of the frequency of black people being gunned down by the law enforcement agencies, there was an element of inferiority complex coupled with total exclusiveness in their slogan. And the question was: how do black people intend to achieve inclusiveness by applying exclusiveness? All life matters, whether it belongs to whites or blacks and I think that should have been the right approach, the right angle towards achieving inclusiveness.

It was while I was thinking of the social implications of all these events that I realized that perhaps the use of “Black Life” could be a ploy, a mask by youths across the globe who are frustrated by the inability of the leaders of their various countries to enable them make their lives more fulfilled and more meaningful. I thought, maybe it was like a keg of gun powder the society was sitting on, which could explode any time and when the opportunity presents itself, these young people could strike, as in a violent protest, to vent the frustration that has bottled inside them in a long while.

At that juncture I watched my daughter on Instagram and saw how happily the youths were dancing out their frustrations. I knew then that my daughter was playing a vital role in easing out the frustration and feeling of hopelessness among the youths of this world. Indeed, they have carried their message to many countries of Europe, America, and the Far East - that the youths of this world can still create happiness for themselves despite the seeming failure of the older generation to properly mentor them. Now, I have started seeing the CEO Dancers and other groups like them from a new and different perspective. Bless them.

Now, while I was in the commendation Church service of my father-in-law, the reverend gentleman who preached the sermon added one more feather to my cap of knowledge. He told a story of a king who had four wives. This king often neglected his first wife and spent so much time and money on his second, third and fourth wives. Then, he became sick at some point in time.

As he was dying, he called his favourite and last wife and said to her: “I am dying and going to the Land Beyond to join my ancestors. Will you come with me? The fourth wife retorted: “My Lord, I can’t possibly come with you. I’d rather stay behind while you go and see what is there for you.”

The king called his third wife and asked if she would follow him to the Land Beyond. The third wife answered: “Of course not, my Lord. This life is so sweet that I couldn’t possibly leave it to follow you to a Land I know nothing about.”

The king called his second wife, and put the same question across to her: “will you go with me?” The second wife said: “My Lord, I am afraid you have to go on this journey alone. I don’t think I will ever go to the Land Beyond with you...”

But just as she was speaking, the king heard a voice shouting: “I will go with you!” The king turned and behold that was his first wife, the one he had neglected for so long. The king was overwhelmed with emotion. “All these years, I have neglected you” he said soberly, “I am sorry. I will make it up to you”.

After listening to this wonderful story, I confirmed to myself that indeed there is no age for a man to say “I have known it all.” There is just no age!