Who do NPP think they are? I'll keep using the word 'short' – Nii Lante Vanderpuye 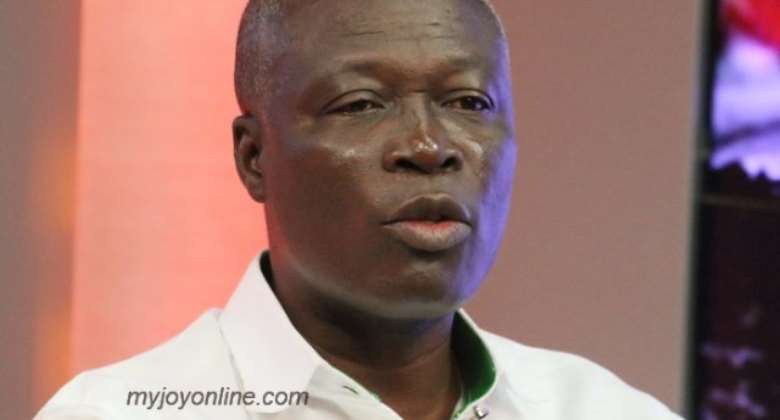 The Youth and Sports Minister has belittled the position of the New Patriotic Party (NPP) in Ghana’s politics, saying the party is not a force.

Nii Lante Vanderpuye said he only sees the National Democratic Congress (NDC) and the Convention People’s Party (CPP) as the front runners in the 2016 elections.

The Minister, who is also the National Democratic Congress Member of Parliament for Odododiodio has been defending comments he made at the Campaign launch of the governing party at the weekend.

Mr. Vanderpuye, speaking in his native language, Ga, told party supporters the Presidency was not about whether one is short and wears glasses - comments widely believed to targeted at the NPP flagbearer, Nana Akufo-Addo. The comments have been also been widely condemned as being in bad taste.

The NPP has demanded an apology but Mr Vanderpuye says they won't be getting one, maintaining that his comments were taken out of context and that they were figurative.

He said people who misunderstood his comments are either do not understand the language in which he made the comments, Ga or are deliberately distorting what he said.

Nonetheless, he said the NPP has proven that the word 'short' irks them, he will continue to use it in the campaigns.

'Who do the NPP think they are? Who are they that no one can talk about? They think they have all it takes to insult and so even when you use figurative expression they take it as an insult. Who do they think they are?' he quizzed on the AM Show on the Joy News channel on MultiTV.

He said members of the NDC are excited about his comments.

He promised to talk more about the height of persons, the wearing of glasses and handsomeness when it comes to presidential election and campaign.