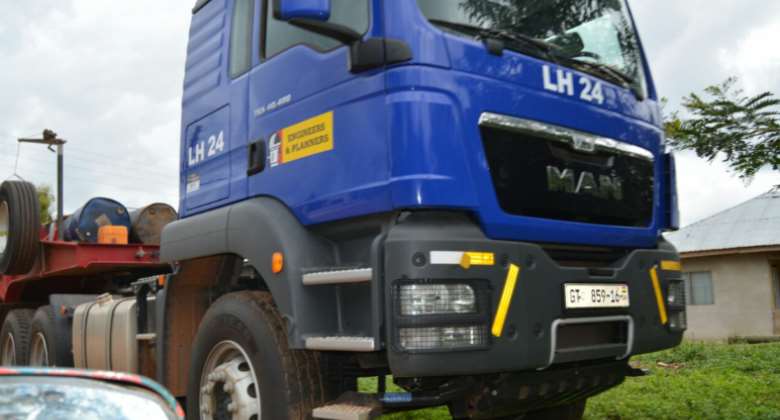 Indigenes of Kyereyaaso in the Atwima Mponua District are up in arms with the Forestry Commission as a mining company, Messrs Exton Cubic Group Limited, has invaded one of Ghana?s richest forest reserves to mine Bauxite under the guise of prospecting.

The Tano-Offin Forest Reserve which is located in Kyereyaaso in the Atwima Mponua District of the Ashanti Region, is a Globally Scientific Biodiversity Area which is strictly protected, according to the Forestry Commission.

However, the invasion of the forest means Ghana is about to be stripped of its rich vegetation cover and open its doors to numerous illegal activities.

Investigations conducted by a team of reporters including The New Crusading GUIDE, revealed that, the said company Messrs Exton Cubic Group Limited, allegedly forced its way into the Tano-Offin Forest Reserve to reconstruct an old path in the forest covering about two meters road to aid their passage into the forest for its prospecting, but was later stopped by the Forestry Commission of the Region on the bases that, it had no permit to enter the forest then.

When the investigative team arrived in the Kyereyaaso community on Friday June 10, 2016, the two meter road had already been constructed almost a week earlier by the company before authorities halted its operations.

It is believed that the ultimate goal of the prospecting is to give out the Tano-Offin Reserve for Bauxite mining. But apart from the very serious adverse environmental implications this mining activity will have on water bodies, especially the Tano and Offin Rivers and cocoa growing in the surrounding areas, it will also obviously defeat the essence of the very laudable offset programme that has been initiated with sponsorship from Newmont Ghana Limited, to facilitate the management of this highly internationally recognized heritage of the nation-the Tano- Offin Forest Reserve.

It was therefore clearly stated in a letter signed by Regional Manager of the Ashanti Regional Forest Service Division on August 27, 2015 that, No Permit Is to be Issued for Any prospecting or Mining of Bauxite in the Area under reference.

The purpose of that entry was to validate the results of an earlier prospecting in the same forest reserve. Since the prospecting and validation has been duly completed, we are not sure as to what prospecting to be done again)

The letter further stated that, detailed analysis made in the area indicates that, the proposed area earmarked for the mining activity will cover more than 95 per cent of the entire Tano-Offin

Forest Reserve, and even extend slightly beyond the boundaries of the reserve. The letter gave more details on the negative effects this mining activity by Exton Cubic would pose to Ghana as a country.

Another letter in possession of this paper, also indicates that there was an earlier publication issued by the Nkawie District to the Atwima Mponua District Assembly on the 1st of June, 2015 which stated that, We write to raise a strong objection towards the issuance of mining lease/ license to Exton Cubic Group Limited to undertake large scale mining in the Tano-Offin Forest Reserve, Nkawie Forest District.

The Globally Scientific Biodiversity Area (GSBA) base on its management status is under strict protection and conservation for biodiversity and environmental values.

Meanwhile, all efforts to contact the Exton Cubic Group for an interview for its side of this story, has since proven futile till since all letters addressed to the company had been returned to our news desk by our mailers due to its inability to locate the address on the letter.

Other Civil Society Organizations have also strongly agitated against this move by the Exton Cubic on this special heritage of the country.

Stay Glued As The Story Unfolds....