Islam is the most peaceful religion of the world, UNESCO declares 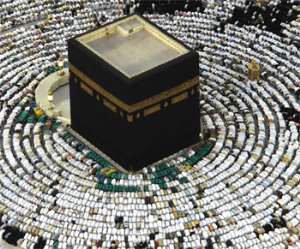 Islam Founded through the Prophet Hood of Prophet Mohamed (Pbh) Over 1400 Years Ago in Saudi Arabia has spread to all parts of the World with its current population standing at more than 2bilion. Prophet Mohammed had it difficult to push the doctrine of Islam through the days when in greater part of the kingdom of Saudi Arabia the people were idol worshippers with some being Jews and Christians. After going through difficult moments he succeeded in introducing the religion to Saudis and beyond. Today Islam is considered as the fastest growing Religion in the World as narrated by Imams and researchers in the United States, Europe, Asia and Africa. However due to activities of some people with doubtful credentials who claim to be Muslims in Africa, Asia, North Africa, calling themselves Al Shabab, Boko Harram, Alkaida etc, Who Specialize In Killing People In The Name of Islam the Religion seems to have suffered low rating. However, Studies by many reputable institutions’ have proved that this is not the case. The teeming numbers of the followers of the religion follow all the five pillars or tenets of the religion with devotion and sincerity culminating in them showing love for mankind especially their neighbors who may not be Muslims.

In a major development that should silence critics of Islam who have been blaming it for terrorism, UNESCO has declared that Islam is the most peaceful religion of the world.

As reported by “Mighty Reporters” and released on line on July 7, The United Nations body released a statement earlier today that revealed that UNESCO had partnered with International Peace Foundation six months back to study all religions of the world and find out which was most peaceful amongst all.

“After six months of rigorous study and analysis, we have concluded that Islam is the most peaceful religion,” Robert McGee, head of comparative studies wing of International Peace Foundation declared in a press conference that was attended by UNESCO officials too.

When asked about the terror attacks being carried out in the name of Islam, including the recent ones in Dhaka and Baghdad, the UNESCO official denied that it had anything to do with Islam.

“Terror has no religion,” he said, “Islam means peace.”

To document this official recognition, UNESCO will issue certificates to interested Muslim bodies, which can choose to display them at various places like madarsas, Islamic study centers, mosques, halal stores, slaughterhouses, etc.

Junta Ka Reporter was also given a copy of certificate so that we can display the same to our readers. A copy has also been put in the office of our founder.

“Right Wing organizations should stop maligning Islam and Muslims at least after this certificate from UNESCO,” our founder editor Moffat Javed hoped.

The certificate and announcement from UNESCO has been welcomed by world leaders and religious leaders across the world. Dalai Lama is reported to have asked other religions to learn from Islam and try to be as nonviolent and compassionate as the religion of peace.

However, some Muslim scholars have said that the act of UNESCO was not needed as Islam was already the best and final religion, and a certificate to the same amounts to trivializing the issue as it states the obvious.

The testimonies given by UNESCO and other groups are true. However, it behooves on all Muslim individuals and groups to endeavor to live up to expectation ie by continuing to live up to the tenets of Islam. All Muslims must hold on to the belief of oneness of God with Prophet Mohammed as his servant and messenger, we must pray five times daily, pay Zakat, fast during Ramadan month and go on pilgrimage to Hajj when we can. After all these we must show love and give support not only to Muslims but all people around us. We must advise all Muslims especially the young ones to do away with militancy in solving conflicts in land and chieftaincy cases and in politics but resort to dialogue as is the case largely in Ghana. It is only in this way that we could continue to live peacefully with all mankind in our neighborhoods, offices, schools, barracks and markets in the spirit of neighborliness that was preached by Prophet Mohamed and the Muslim leaders after him till date.