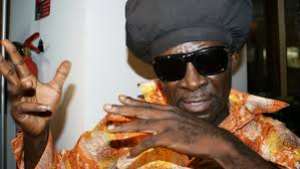 In every organization, association or grouping there are 3 types of people 1. The silent majority 2. The moderate few and lastly the noise makers but for the sake of this article I will stick to the noise maker whom I have termed The Ghamro Cultural Troop.

During the earlier struggles of Ghamro infact before Ghamro was created major stake holders came together and formed a group called Amro and it was used as a pressure group to fight against the then Sidiku Buary led administration of Cosga. The group which consisted musicians, publishers, backing vocalist, instrumentalist etc was led by Carlos Sakyi, Mark Okraku Mantey, Kojo Antwi, Gyadu Blay Ambuley, Nana Ampadu, Amakye Dede, Egya Abraham and a lot of great stakeholders.

They met every wednesday at spot and trust me the meeting grounds was always parked with information, allegations, anger and serious tension.

I remember on one occasion when they decided to go on a demonstration the next day the leaders of the group was called by the Ministry for Justice and Attorney General to resolve the problem amicably and that’s how powerful the group was.

In fact Sidiku Buary tried taking the group to court but failed, I believe they tried spiritually and failed and it ended up physically when they had to separate Sidiku Buary and Kojo Antwi from physical trading blows in a meeting at the Registrar General Office.

Now the authorities had no option than to recognize that body even though it was just an Association.

When finally Cosga was dissolved and a new CMO was to be formed the leaders realized they could not use only AMRO to form a new CMO so they called other rightowners associations on board and Ghamro was formed.

Now Amro had become very powerful and they didn’t know how to dissolve it so Ghamro was form using associations instead of the industry practice which is form with individual right owners but because majority had been indoctrinated the leaders found it difficult to tell them that the fight was over and that it was time to move on, so it stayed as such.

These groupings then operated illegally for 2years till Nana Ampadu and 99 other stakeholders took the issue it to court and rightfully the court dissolved that board constituting those grouping and then put in place officers of the court also known as Reciever Managers to see to the running of the CMO and eventually holding an elections to put in place a legally constituted board.

The first press conference of the court appointees saw the few confused die hard Amro members on display. It was like a cultural toop of noise makers and it was being led by Akosua Agyepong and Ekow Micah but was being controlled by Carlos Sakyi whom the court had asked to leave the Ghamro chairmanship position.

Every meeting that was held by the Receiver Managers always witnessed this predictable cultural troop in fact hold a meeting in Kumasi, tamale or togo and they will organize themselves come and display their ignorance free of chrage. They sometime threatened to beat the appointees up and make blood flow but that only remained a threat since they knew even in their folly that they could never touch the appointees of the court.

Finally an election date was set and some of them picked up nomination forms to contest for positions then all of a sudden from nowhere a leader of a dancers association group called Dickson also joined the cultural troop and convinced these guys to withdraw their forms and they went to court for an injunction on the election with an ex party motion.

Elections was finally held and Kojo Antwi was voted as the first ever legally elected Chairman of Ghamro.

Its been over a year since kojo Antwi and his board members took office and you can clearly see that Ghamro is now being run effectively yet since these ignoramus cultural troop knows that some irresponsible media believe in sensationalism they are still moving from one radio station to the other spreading falsehood and making wild unfounded allegations just to undermine his chairmanship.

On the 26th of May 2016 history was made and the first ever AGM of a legally elected constituted board of Ghamro was organized by Kojo Antwi and his board members and even though it was predictable that we would withness the cultural troop the ignorance displayed this time around by Akosua Agyepong and her troop was incredible. She was allowed to make all her wild and unfounded allegations and when she was done the Lawyers and Elders of Ghamro gave her free education and advice.

Like I always say if you think education is expensive do not try ignorance.

My advice to Akosua Agyepong whether she takes it or not is to just turn around and she will realize that her cultural troop is left with only one educated member called Ama Rasta and that she Akosua should channel her energies into standing for an elections next year if that is what she wants instead of moving around tarnishing peoples hard earned reputation before she loses the little respect she has left because when you fight against a legally constituted system you will lose.

Finally I will urge Kojo Antwi and his Board Member to keep up the good work because after reading through the booklet containing their work so far I only realized that they have worked so hard without realizing it.

With Ghamro fully back on its feet the future of stakeholders is fully Guaranteed.