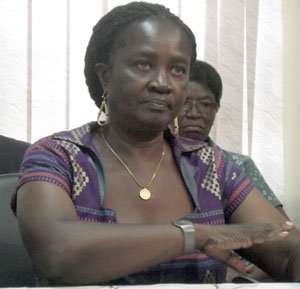 About a year or so ago, I placed two or three publications on the Ghana internet news portal, to be more precise, on Ghanaweb.com, modernghana.com and then spyghana.com about the attitudes of the Headmaster that I found completely at variance with acceptable managerial procedures for any reputable public school.

Unfortunately, he has not changed for the better but is still pursuing his deplorable attitudes with zeal. He has closed down the school infirmary since the Ashanti Regional Police Commander DCOP Nathan Kofi Boakye for no credible reasons but acts of collusion, dispatched some unethically police personnel in armoured vehicles to Kumawu to forcibly obstruct the outdooring of, and the 1st Akwasidae celebration by, Kumawuhene Barima Tweneboa Kodua V.

DCOP Kofi Boakye needed a temporary accommodation for his unprofessional policemen so the Headmaster for reasons only, and best known to him, closed down the school infirmary to make room for the policemen.

He removed the Senior Nurse and her assistants from the school. Ever since the infirmary was closed down for the most stupid reason just revealed, it has never been re-opened.

The closure of the school infirmary co-incidentally fits in well with his secret, but insatiable greedy agenda. The public are to note that ever since the infirmary was closed down, the students of about 2,500 still continue to pay GHC15.00 per term per student for medical assistance they continue not to receive.

What is the money earned from that bill used for? The money is normally meant to go into the medical services - provision of drugs, first aid and other such minor medical services administration to the students who may fall sick but do not require major hospital examinations or care.

During our time at the school, the Headmaster himself will bear me out that we used to have two student females, one very tall and the other short, who during certain days and hours after school classes acted as nurses. The tall one was the girlfriend of Edward Pianim who later became the Senior School Prefect while the shorter one was Edward’s best friend’s girlfriend.

Presuming the money accruing from the ongoing medical bills to the students is being genuinely used for other services of benefit to the students, is the Headmaster still not playing the charlatanry? The money should be used for the very purpose or reason it is collected.

The students for any minor medical needs will have to go to the Kumawu Health post/Clinic or Government Hospital; however one prefers to call it. This sad situation of time spent going to the hospital, queue up for their turn and overstretching the services of the hospital by the students could have been avoided were the school infirmary not closed.

Furthermore, the Headmaster has cultivated the disgusting habit of renting the school’s trucks and vans, or simply put the school’s vehicles to the public. Where does the money collected from such dubious undertakings go? Does the Ministry of Education in Ghana nowadays authorise the renting of public school buses to the public to raise money towards the student upkeep by Headmasters? If it is a government-authorised policy to do that, then I ask for the Headmaster’s pardon for having exposed him on this but if it is not, then he has not only to account for the money raised but also, desists from such obnoxious activities that come at a great cost to the school and to the students.

The vehicles will suffer wear and tear (depreciation) due to overuse by both the public and the school. When it does happen, who repairs them? Is it not the school and by final extension or culmination, the students?

There is a breakdown in discipline at the school. In order for the Headmaster to achieve his selfish objectives and goals, he has ceased all implementation of policies of discipline. While the students are allowed to do whatever they like, being undisciplined, and not checked but allowed to go about their school life with youthful student exuberance, they think the Headmaster is good. No, he isn’t!

While the students keep their eyes off him because of the unfettered freedom he has given them, he gratuitously feed fat on their ignorance. He is only voraciously grabbing money with his two hands left, centre, right and forward; the shameful display of the Ghanaian intelligence and the climax of their wisdom which is but a farce!

In our days, the late Headmaster Bang from Apaa was a complete disciplinarian hence the school able to turn out the big shots just mentioned above.

I strongly suggest to the Headmaster to bring back the school infirmary, cease renting out the cars to the public especially, to the alleged Kumawuhene Barima Sarfo Tweneboa Kodua and to institute, pursue and enforce policies that will bring about discipline to the school. When done, the school will be able to produce healthy, brilliant and successful personalities like those named above.

I promise the Headmaster that should he not change for the better, then he should see this publication as just the tip of the iceberg of more serious revelations to come.

In a follow-up publication, I shall be addressing the School’s Parents Teachers’ Association (PTA).

Arrest, prosecute galamsey kingpins irrespective of their s...
14 minutes ago

Ablakwa questions whereabouts of chief perpetrator of Bulgar...
14 minutes ago