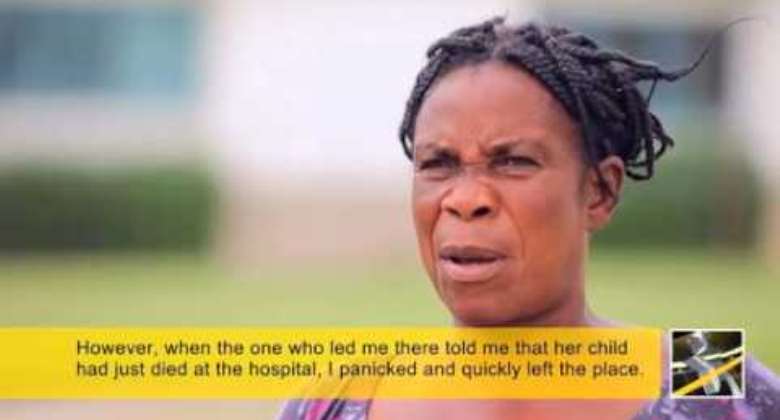 Madam Paulina Opai, Founder of "Save Our Lives" Orphanage was full of tears of joy as she was declared winner of the 2016 MTN Heroes of Change Top Prize in the midst of some of her children.

She carried home a cash prize of 100,000ghc, a plaque and citation which was presented by the CEO of MTN Mr. Eben Asante.

The MTN Heroes of Change finalists was judged on how their various initiatives in the areas of health, education and economic empowerment are impacting the lives of the intended beneficiaries.

After 13 weeks of telling television viewers about the various projects they have initiated to benefit folks in their various communities through the MTN Heroes of Change II series, the 10 finalists and the rest of the world would tonight, February 19 know who walks away with the ultimate prize.

They made it to the final event out of over 1000 nominations received from around the country by the MTN Ghana Foundation which is the force behind the programme.

The night was very classic as the CEO of MTN Eben Asante commended all heroes in their own rights and ways and expressed joy in doing good alongside business.

The highest texter Mohammed Yusif Omar who texted 3,147 times was also honoured, with MC of the event Kwame Sefa Kayi congratulating his "Yam" phone which won the most texts. Immediately MTN announced a new phone foe the winner.

GES must constitute a new team to handle computerised school...
23 minutes ago