NPP Will Suffer Another Defeat Under Nana Addo 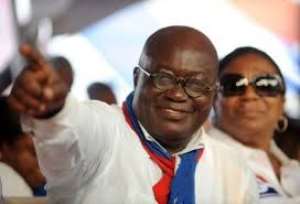 I must state from the outset that my post here is purely unbiased and can be a source of free advice to those that are seeking to have NPP come in power this year. If you are wise and have a listening ear you will take this advice and work on your weaknesses as NPP, THERE MAY STILL BE HOPE to turn things around before November 7th.

I stand to be insulted by those who are egocentric and have no time to digest and appreciate free advice that can win you fortunes if you just take time to think about it genuinely, take an introspection and possibly change your way of doing things.

It has hurt me each time my friends have cried election in and election out because their beloved NPP suffered another loss in spite of their high hopes of clinching that election because in there own words, “We have done everything we need to do and we shall surely win this one”. Alas, those words are doing there rounds again and I dread the day after 7th November, 2016 when my very hopeful friends will cry in another defeat.

Ghanaians don’t hate NPP as most of it’s members want to portray. In fact, Ghanaians wholly and widely voted for NPP under Former president John Kufour in 2001 election and it is widely held that he won that election under a very clear message that appealed to most Ghanaians. It was a message of hope and a message that united the country as one. But with his turner of office ends came the demise of that message.

Alas, messages of division and regionalism and tribalism became the new NPP as they chose their new leader Nana Addo,a process that saw the exodus of many people in secret who did not seem to fit the criteria of those that should ascend to the highest office of the party.

Notable among those that were hounded out of NPP secretly was the Party’s then vice president, Alhaji Aliu Mahama and most natural should have succeeded former president kufour.

That aside, the message is the major reason NPP HAS FAILED TO ATTAIN POWER IN THIS COUNTRY. The message is supposed to be clear and concise because it is the very lifeline of any organization. It should communicate the values and aspirations, the goals and the targets, the very purpose and reason of existence. T

oday I can challenge you to find ten different staunch supporters of NPP and ask them individually what their party really wants to do or achieve in the country and they will give you ten different answers of what they believe their party stands for.

Now that is a lot of inconsistencies for people who believe in a cause as serious as ruling the country. Such inconsistencies are not new to NPP. Their leader Nana Addo has actually be quite consistent in doing this (being inconsistent). Ibrahim Hardi,contact 0208235615 Email; [email protected]