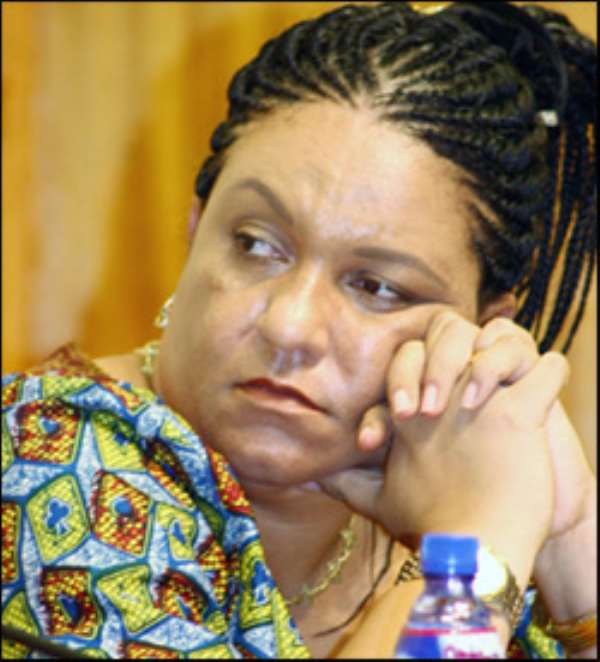 WHEN the news first flipped past my ears, as I lay half-awake in the early hours of the morning, I couldn't take it in.

And I got the full story: Ghana was accepting, at the request of the USA, two ex-Guanatanamo detainees whom the US had released from the notorious prison. They were originally from Yemen (the report said) but they weren't being allowed to return there. Ghana had agreed to let them stay in the country for two years.

“Are they mad?” I asked of our Government.

If you have been following world affairs seriously, then you must pray never to have anything to do with jihadists. By whatever name they choose to be called – Al Qaeda, AQUIM, Al Shabab, Boko Haram, Isis, Ansar-al- Din, Ansar-al-Sharia – you just steer clear of them.

For these are not just simple political movements as we know them. They are organisations whose politics is firmly rooted in faith – and you cannot negotiate someone else's faith away.

If a person believes strongly that his faith demands x or y action, and that if, whilst accomplishing that action, he or she is killed or “martyred”, he/she will be rewarded by the Almighty in a pre-determined manner, then that person is, of course, , “out of this world”.

For you cannot REASON or argue with such a person.
Jihadists don't mind if they commit atrocities that end in the deaths of fellow Muslims of a different sect, or who are adherents of a more “moderate” set of beliefs. They will tell you that it was “unfortunate” that fellow Muslims had to be killed or maimed during any action they took in the course of their ”holy war”. But it was the will of God who controls everything!

It is because of their unbending attitude towards the beliefs of fellow humans that jihadists are held in such fear. For if they happen to miscast your position with regard to any action you take, which they think goes against their interests, they might retaliate by inflicting serious harm on you and your people.

Let us now look at the implications of what the Ghana Government has done. The Government seems to believe that the two men sent to Ghana by the Americans – Saudi-born Yemenis Khalid al-Dhuby, 34, and Mahmoud Omar Bin Atef, 36, – are currently “harmless” (because the Americans have determined that they are!) and so need not be feared if they are allowed to live in Ghana.

But that is the easy part of the equation. A more important aspect is this: what do the organisations they were allegedly working for when they were captured, now think of them?

If Al Qaeda thinks that someone who claimed to be working for it has beenturned by the Americans during interrogation (and the Americans do use torture, especially ”water-boarding”, in their search for sensitive information from their ”terrorist” captives) it is not likely that Al Qaeda would ever regard such a person as a hero. Would Al Qaeda come for such a person in his new abode if it regarded him as as someone who eventually turned ”traitor”? If it did, its vengeance against him could be fearsome. And that vengeance could take place anywhere on earth, because Al Qaeda is in possession of a long and well-oiled killing machine that knows no boundaries. Events in Kenya bear testimony to this Al Qaeda mindset and capability.

But that's not all – a second scenario, equally unwelcome to Ghana, beckons. Suppose Al Qaeda regards our two guests as heroes and wants to deprive us of the honour of hosting them? Would we be able to resist an attempt to free them?

Yet a third scenario exists, namely: Suppose Al Qaeda does not care about the two men at all, but is rather more interested in drawingupa roll-call of countries upon which the USA can count, in its world-wide search for collaborators against jihadism? The US is ruthlessly deploying drones, guns and bombs to wage this War against targets world-wide, including Afghanistan, Pakistan, Iraq, Yemen and Somalia. Why does Ghana want to be put on a list of countries who have “self-defined” themselves as those who tacitly approve of such US actions that often cause the deaths of innocent people, including women and children?

By ignoring the possibility of being classified by Al Qaeda and its affiliates as their “enemy” because Ghana has been patently identified as the “collaborator” of Al Qaeda's main enemy, the USA, the Ghana Government has iexplicably compromised the security of Ghana as a nation.

It has also negated Ghana's traditional policy of resisting the attempts of foreign powers to recruit it to their side in international conflicts. Ghana adopted a policy of non-alignment from 1957 because it was in its enlightened self-interst not to make itself a target in conflicts that had nothing to do with it.

One other thing: the Pentagon regards the national security of the US as being of such prime importance that it apprised the US Congress – presumably on a bi-partisan basis –of its decision to send the detainees to Ghana before sending them. The US, which wasridding itselfof persons who might constitute a security risk, sought the acquiescence of its legislators before ridding itself of that menace.

Yet the Government of tiny, feeble Ghana, which was taking on a national security problem jettisoned by the mighty USA, apparently did NOT inform the elected representatives of its own people, i.e. Parliament, before saddling itself with such a dangerous burden.

Do the Americans breathe an air that is different from what Ghanaians breathe? Or what?