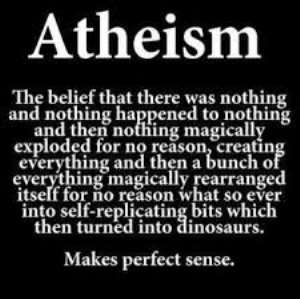 Like other countries in Sub-Saharan Africa, most people in Botswana are religious and profess believe in god particularly the christian god. About 70 percent of the population professes christianity. But the country’s christian and theist demography may include atheists because non-theists remain in the closets due to social pressure on people to profess religion and identify as god believers.

However, the religious landscape is beginning to change and some atheists are finding ways to manage those pressures. Godless and freethinking activists and groups are emerging in the country such as Atheists in Botswana and Botswana Freethinkers. Recently I corresponded with one of the atheist activists in the country and he narrated the story of his journey to atheism and discussed the challenges facing atheists in this Southern African nation.

Jerry is 29 years and hails from Maun, which is the fifth largest town in Botswana. He is an art educator at a junior school. His general interests helped in nurturing his sense of curiosity and critical thinking. “I have interest in learning different things, in reading about scientific discoveries and in watching documentaries in general”. Jerry started gravitating towards atheism when he was very young:

There was no particular time I decided to become an atheist. I was never really convinced of the doctrines of different religions to begin with; I went to church when I was young, but it was because everyone was doing it. I just became open about my atheism after I finished high school.

One of the challenges atheists in Africa face is coming out to their families and friends because they fear being ostracized or persecuted. Many families react in a hostile manner towards members who go open with their atheism. Jerry narrates his experience:

“My family didn't approve of my atheism, but they still loved me and never treated me any different from before I came out. My friends reacted in different ways. I lost two of my childhood friends; some of them stopped communicating with me. But with the rest, we still keep in touch; we still remain friends. I have never been ill-treated because of my atheism. Well maybe I don't know...”

Jerry claims that the demography of theism in Botswana is changing at a time they run the risk of being labelled satanists by the christian public:

A while ago, people weren't open about their atheism, but nowadays people are coming out. Others are still not sure of how they would be viewed by their parents and maybe they don't want things to change. People don't want to lose their friends, or to lose their jobs or be sabotaged because of their atheism, and since there is this narrative in christianity known as Satanism. Atheists fear they might be associated with being evil or bad and not having morals etc...

This situation applies virtually to other African countries. A growing number of atheists and non-religious people in the region are leaving the closets. Some of them have established or joined freethought groups on the internet where they interact and exchange ideas with people of like minds. Still others are worried about how their families would react and the negative perceptions of atheists and atheism. The situation is most dangerous in sharia implementing muslim communities where the penalty for renouncing Islam is death. Like other atheist activists, Jerry is critical of the claim by religion and theism to a higher moral ground:

I don't particularly think there are religious people here, I think we have hypocrites that do awful things and call themselves christians/religious so that the society would think they are saints and they'd never do any bad as they have a moral high ground, because the same people that claim to be religious do not follow what the doctrines say. There are also others that are vulnerable and desperate, that hope for miracles to improve their standard of living. These ones are the ones that are manipulated and exploited by the new fire churches that promise them riches, and luck in their endeavours...so, they aren't really religious or theistic.

Jerry is optimistic about the future of atheism in Botswana because of the growing awareness of religious exploitation:

I think atheism is growing the world over, in each and every country including Botswana. People are beginning to realize that the only people that benefit from the church established structure are pastors and their wives and deacons.

He thinks that atheism would benefit Africans particularly in the fight against superstition and irrationalism:

Atheism can really help in the sense that if religious beliefs are dismissed by the person, superstitious beliefs are defeated by default. It would benefit Africans to understand that there is no god, and that someone cannot send a thokolose to you through a message text.

Belief in thokolose is popular in Botswana. And Jerry explains "thokoloshe" as:

“…a hairy dwarf zombie. Apparently, such a zombie can be created after removing the eyes and tongue from a full-sized corpse. The corpse is said to shrink after a heated iron rod is thrust into the skull. Life and obedience are breathed into the zombie by means of a secret powder blown into its mouth. Whatever means are used to create a tokoloshe, the price includes the death of a relative within a year. The spirits do not give life freely. If you are prepared to create an unnatural person, you must be prepared to destroy a natural one.

Atheist activists in Botswana and throughout the region have their job cut out for them in terms of combating superstition based abuses, awakening the population from their dogmatic slumber and tackling religious extremism. But before Africans can harvest the promises of atheism, it is imperative to mainstream the idea that it is normal to hold atheistic views.