The Story Of Dumsor 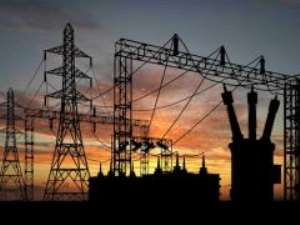 In fact, dumsor has now been embedded in the political history of Ghana because of its consistency and magnitude. Dumsor-dumsor began few decades after our national independence, but it resurfaced in contemporary Ghana in 2007 where the term was quite unpopular. But this energy problem came to stay in the second quarter of 2012 which was an election year. In that same year, we all thought that the erratic power supply would be solved permanently because our president´s political gimmicks made us think so.

Moreover, we did not experience dumsor at the peak of the general elections which worked like a magic spell cast on the Ghanaian masses. And in the following year which was 2013, the government managed to toy with the good people of Ghana. Calculated excuses which seemed believable were the language of the president and his appointees.

They often claimed that part of the West African Gas Pipeline (WAGP) was cut by a ship´s anchor which halted the transmission of gas for electricity production. However, the president himself assured the Ghanaian people on several occasions that dumsor would end in that year. This made our dear president look like a liar in the eyes of his gullible people.

Also, in 2014 which was two years in the life of dumsor-dumsor, the dynamics of the power crisis changed while the government gave unrealistic timelines which irritated the citizens. That was when the good people of Ghana realised that we had been short-changed because the government camouflaged its failure with technical excuses. Unfortunately, more businesses were collapsing, everyday life became miserable for households and the whole economy was plunged into an economic morass.

But the mass agitation on social media and on the streets threatened our wayward leaders which compelled them to react in funny ways. The president set up the Power Ministry in late 2014 to show some commitment to the solution of dumsor though it was exceedingly needless at that time.

And now in 2015, there is dumsor-dumsor which has now been incorporated in our everyday lives since we now feel too enervated to resist it. In this year, the dumsor ratio or the ratio of dum to sor, i.e. dum: sor = 24hrs: 24hrs and dum: sor = 24hrs: 12hrs.

No wonder there have been some demonstrations against dumsor-dumsor this year by civil society organisations. And surprisingly, some Ghanaian celebrities such as Yvonne Nelson, Sarkodie and Lydia Forson especially together with the Ghanaian masses held a #DumsorMustStop vigil in Accra to register their displeasure with dumsor-dumsor. Well, everything shows that the story of dumsor is likely to continue as long as we still have the present crop of leaders and apathetic masses.