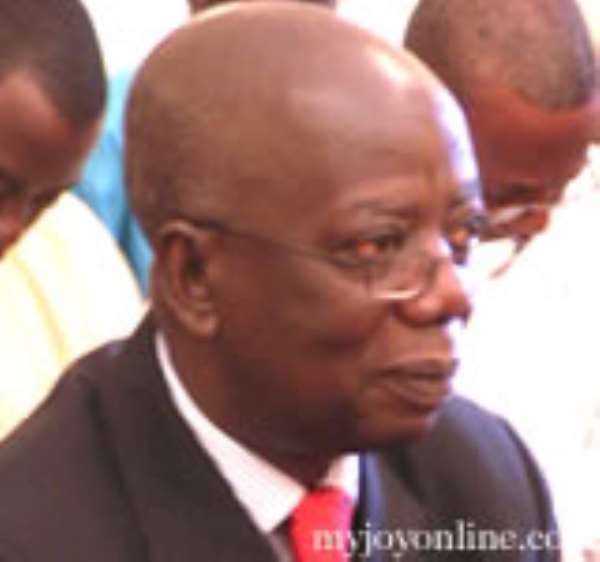 I have already written and published another article on the quite outrageous but understandable accusation by Mr. Kennedy Ohene Agyapong, that Messrs. John Agyekum-Kufuor and Kwadwo Mpiani are smack behind the brutal midnight assassination of the Upper-East's Regional Chairman of the New Patriotic Party (NPP), and so will endeavor not to rehash matters already discussed. Mr. Adams Mahama, the Chief Executive Officer of his own construction firm, the Adams Mahama Company, was 49 years old and left behind a wife, Hajia Zainabu Mahama, and four children (See "Who Is Alhaji Adams Mahama?" Graphic.com.gh / Ghanaweb.com 5/23/15).

As I emphasizd in my previous article, it is rather outrageous for Mr. Kennedy Ohene Agyapong to accuse former President John Agyekum-Kufuor and the latter's former Chief-of-Staff, Mr. Kwadwo Mpiani, of being the masterminds behind the brutally crude assassination of Mr. Adams Mahama without any hard forensically sustainable evidence to back up his claim. What is, however, indisputable is the fact that his enviable governance record notwithstanding, President Kufuor does not appear to have left a laudable legacy of cohesion among the rank-and-file membership of the party that brought the 76-year-old Oxbridge-educated "gentle giant" to power and fame and, some say, considerable wealth and fortune.

And regarding the well-known factional fissures among the rank-and-file membership of the New Patriotic Party, Mr. Mpiani has come up for caustic carping many times in the recent past. Indeed, whatever has been deemed to have constituted part of the excesses and shortcomings of the erstwhile Kufuor administration has almost wholly been laid at the doorstep and/or feet of Mr. Mpiani. One such excess, for example, was the widely alleged decision by Mr. Kufuor to play favorites with Mr. Alan John Kwadwo Kyerematen, in the leadup to the latter's widely expected loss to Nana Akufo-Addo in the party's 2007 presidential primary, contested by some 17 candidates. And when a sulking and whining Mr. Kyerematen strategically resigned from the party, with less than four or five months to Election 2008, neither Messrs. Kufuor nor Mpiani publicly expressed any disappointment. To be certain, and it has also been widely alleged, both Kyerematen mentors heartily celebrated the move. But of course you, the Akan(s) have a maximum which runs tersely as follows: "If you do not allow your neighbor to strike nine, you would also not be allowed to strike ten."

For me, in particular, though, the quite curious decision by a lame-duck President Kufuor not to endorse his two-term arch-lieutenant, former Vice-President Aliu Mahama, may well have gravely undermined the credibility of not only Mr. Kufuor but the standing and reputation of the New Patriotic Party among members, supporters and sympathizers of the party in the three northern regions. Indeed, the 2012 presidential candidate of the ruling National Democratic Congress (NDC), the now-President John Dramani Mahama, would seize on this critical aspect of President Kufuor's leadership failure to drive home the reason why voters of northern descent needed to roundly reject the New Patriotic Party as a political institution that cared about their needs and destiny.

What I clearly understand the Assin-Central NPP legislator to be implying in his accusation is that Messrs. Kufuor and Mpiani have not done much that is meaningful or worthwhile, when it comes to the critical subject of party unity and cohesion. Of course, Mr. Mpiani, who is threatening to sue Mr. Agyapong for libel or slander, it is not clear which, knows perfectly well that his open and brazen hostility towards Nana Akufo-Addo, perhaps the most influential New Patriotic Party stalwart, after Messrs. Adu-Boahen and Kufuor, is not lost on many a discerning eligible Ghanaian voter (See "Mpiani Replies Agyapong: "'I'm Talking To My Lawyers'" Adomonline.com / Ghanaweb.com 5/23/15).

Needless to say, Ghanaians had a vintage taste of Mr. Mpiani's inveterate animosity towards Nana Akufo-Addo during Mr. Kufuor's much-maligned National Merit Honors Awards' recipients' announcements, when the 2008 Presidential Candidates' name was conspicuously missing from the initial list of awardees which, tellingly, included the names of formidable political opponents like then-Candidate John Evans Atta-Mills of the then-main opposition National Democratic Congress (NDC), and the latter's Vice-Presidential Candidate, Mr. John Dramani Mahama. The name of Captain Kojo Tsikata, the Rawlings Security Adviser, who masterminded the Mafia-style execution of Justice Agyepong, the father of Mr. Kwabena Agyei Agyepong, and the two other Accra High Court judges, was even on the list!

And, of course, you probably thought Nana Akufo-Addo's most inveterate opponents were among the ranks of the National Democratic Congress. Well, that was exactly seven years ago. In other words, the blood-dripping overt hatred of Nana Akufo-Addo by Messrs. Kufuor and Mpiani (Nana Addo should take care not to make any indirect public statements contradicting my preceding observations, or he would force me to make even more damning statements about his most prominent detractors in the New Patriotic Party) could only have been lost on the most clinically stupid of eligible Ghanaian voters.

We also know that the acid-slain Mr. Adams Mahama was a passionate partisan of Nana Akufo-Addo's, even as Mr. Adams had been widely reported to have been mordantly disliked by his own party's National Chairman, Mr. Paul Afoko, the dead man's "homeboy," and General-Secretary Kwabena Agyei Agyepong, the man who recently made his preference for Kumasi-Made-Fufuo over strategizing for the party's 2016 election victory known to the nation at large. Mr. Adams' death also comes only days after youths allegedly belonging to his faction of the New Patriotic Party clashed in Bolgatanga, the administrative jurisdiction of the dead man, with supporters of Messrs. Afoko and Agyepong.

And so, really, Mr. Mpiani cannot claim to be totally unconnected to the clearly avoidable chain of events that led to the brutal and tragic assassination of Mr. Adams Mahama, whose Islamic burial arrangements had to be delayed by a day or two for the benefit of Nana Akufo-Addo, who decided to shorten his ongoing European tour for the purpose of attending the burial and funeral of Mr. Adams Mahama and commiserating with the Mahama family and party mourners.