A Leader Ought To Be Creative 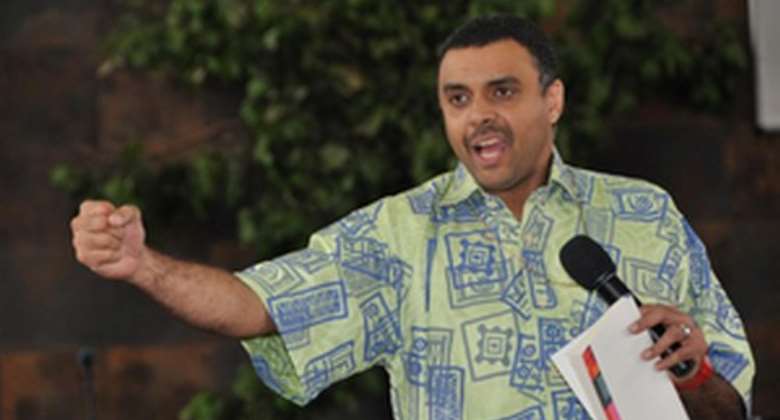 What a Leader Should Know about Creativity
Creativity is a gift from God to us humans. Creativity provides help that promises great advantage to the one who uses it. May every leader be endowed with the gift of creativity!

1. God created man in His image and therefore man is innately creative. Man will either use his creativity or not. The world is divided into rich and poor. Most of the poor sections are populated by people who do not use their God-given creativity. Creativity is seen in the innovations, inventions and ideas that men come up with.

'And God said, LET US MAKE MAN IN OUR IMAGE, after our likeness: and let them have dominion over the fish of the sea, and over the fowl of the air, and over the cattle, and over all the earth, and over every creeping thing that creepeth upon the earth.

So GOD CREATED MAN IN HIS OWN IMAGE, in the image of God created he him; male and female created he them.'

Genesis 1:26-27
2. God gave man the authority to finish the work of creation. Man was so creative that God left the finishing of His creation to man. Man was given the awesome job of labelling and naming the created beings.

'And out of the ground the LORD God formed every beast of the field and every fowl of the air; and BROUGHT THEM UNTO ADAM TO SEE WHAT HE WOULD CALL THEM: and whatsoever Adam called every living creature that was the name thereof.'

'And Adam gave names to all cattle, and to the fowl of the air, and to every beast of the field; but for Adam there was not found an help meet for him.'

'And even as they did not like to retain God in their knowledge, God gave them over to a reprobate mind, to do those things which are not convenient; being filled with all unrighteousness, fornication, wickedness, covetousness, maliciousness; full of envy, murder, debate, deceit, malignity; whisperers, backbiters, haters of God, despiteful, proud, boasters, INVENTORS OF EVIL THINGS, disobedient to parents.'

'For their riches were more than that they might dwell together; and the land wherein they were strangers could not bear them because of their cattle.'

Genesis 36:7
5. A lack of creativity causes poverty. It is a fact that as time goes by lands yield less and less to its owners. This reality is the reason for several patterns that are seen in human life and experience.

6. A lack of creativity gives rise to wars. Wars between nations, tribes people and groups had often been fought over land. They fight because they have no way of prospering without acquiring more land or taking the riches of other people. The need for more land for the purposes of farming, mining, etc., had inspired numerous wars. Hitler invaded Russia because he wanted the resources of Russia to feed his 'superior' German civilization.

7. A lack of creativity gives rise to migrations. Large numbers of people migrating in search of greener pastures are evidence of the fact that lands yield less and less as the years go by. This reality has given rise to the nomadic lifestyles of many of the people on earth. The Bible has clear examples of how diminishing returns from the land gave rise to migrations.

'For their riches were more than that they might dwell together; and the land wherein they were strangers could not bear them because of their cattle.' Genesis 36:7

Indeed, we pray for the wisdom of God for our leaders to be creative so that we can be ten times better than we had ever been!