Africa Will Reject Or Kill Your Citizens, An Embittered Nigerian Told Ghanaians 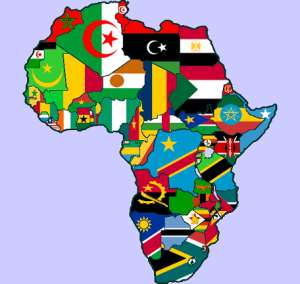 Olabode, like many Nigerians, moved to Ghana immediately after Ghana gained independence from the British in 1957. Olabode arrived in Ghana with his family and settled in Kumasi. He began as a photographer and opened a food shop for his wife. He gradually went into palm plantation and after several years of successful farming, he built two storied houses in Kumasi. He also had three buses that operated between Kumasi and Accra.

In 1969, parliament, heavily dominated by the Progress Party, the party of the then Prime Minister, Dr. Kofi AbrefaBusia, passed a bill, Aliens Compliance Order (ACO), that requested all foreigners residing in Ghana to regularize their stay or leave the country by a certain date. Most of the foreigners living in Ghana then were Nigerians and Olabode was affected. He had to sell his houses and buses at ridiculously low prices. He could not sell his palm plantation before he left.

He wept bitterly when he realized how much he was going to lose. He voiced out his frustration in a remark which we are all aware has turned to be a curse on Ghanaians. He said that African countries will reject or kill Ghanaian citizens who travel to those countries. Subsequent events will show whether Olabode's remark turned prophetic and a curse.

The tide turned in the late 70s. Nigeria’s economy was booming from the sudden increase in oil prices. The country was prospering and developing at a fast speed. Ghana, on the other hand, was experiencing severe economic problems under military rule. Carpenters left for Nigeria to practice their profession, masons were in great demand since infrastructural development was actively pursued. Many Ghanaians who were not masons became masons overnight in Nigeria.

Teachers at all levels of the educational ladder were also in hot demand. The late 70s saw a major influx of professional teachers and graduates who were easily absorbed to teach in Junior and Senior High schools, nursing schools, Polytechnics and Universities. Many schools were proud to have Ghanaians among their members of staff. They used the Ghanaian teachers as a bait to attract students. The headmasters always included in their adverts that they had Ghanaians on their staff.

Thousands of Ghanaians hurriedly packed their belongings in a bag which later came to be known as "Ghana must go," and headed towards a waiting ship to take them to Ghana. 1983 was an extremely hard year and the arrival of the expelled Ghanaians made the problem more complicated and difficult. All the stands and the field at the Accra sports stadium served as a joyless transit station for the poor, sick, tired and anxious Ghanaians ordered out of Nigeria. Olabode, you are indeed a prophet!

In 2010, 44 Ghanaians who had travelled to the Gambia decided to cross the sea in an attempt to get to the White man's land. For no apparent reason they were all shot dead by the military police. Their dismembered bodies littered the coastal villages of Brufut and Ghana town. These areas have large concentrations of Ghanaians. No reason was given for this barbaric action except rumours of an alleged break in Ghana-Gambia relations which could not be confirmed. Some observers put the number of Ghanaians killed at seventy four. That could not be confirmed.

The Ghanaian authorities sought for reasons for this brutal killing from the government in Banjul but the president, YahayaJammeh, was mute, giving rise to suspicions that he ordered the killings. The compensation that was finally given by the government of the Gambia was never shared to the victims of the relatives. Only six families received their share and the rest of the money was pocketed by the officials. What will Olabode say? A prediction or a prophecy come true?

The searchlight for prosperity turned towards Libya and many Ghanaians packed bag and baggage and carried food and water ready to cross the desert. Little did many of them know about the hazards in the desert. Some of them died on the way. There were those who were bitten by poisonous desert snakes and died in the desert. The most dangerous thing in the desert is when one meets Muslim armed robbers. They very often shoot to kill or dispossess you of your bags, food and drinks.

Those who are lucky to reach Libya stay there for some years and decide to continue to Italy. In the worst accident on the Mediterranean, about 700 migrants who were being smuggled from Libya to Italy were feared drowned just outside the Libyan waters. Fifty two Ghanaians died in the accident. On the 3rd October, a boat carrying 153 migrants from Libya capsized off the coast of Lampedussa. Several Ghanaians were involved. Olabode, you were right!

I will conclude the article with the recent violence in South Africa against African immigrants. The violence has caused the death of many migrant workers including five Ghanaians. Africans lived peacefully in South Africa minding their jobs and businesses. The South Africans are aware that Ghana and many African countries were in the forefront in the fight against apartheid and, when the apartheid rule ended, Mandela and the entire population of South Africa gladly and willingly welcomed the African migrants and cooperated with them. What, then, are the causes of this sudden volte-face of attitude and the xenophobic violence by South Africans against these hardworking migrants? The South Africans have for so many years harbouredsuppressed anger and frustration against the migrants, complaining that they have taken their jobs and rendered them unemployed.

The South African youths resorted to violence and announced to all African migrants to pack bag and baggage and leave South Africa. They went to the streets chanting war songs and brandishing machetes. They burnt down shops owned by African migrants. Several migrants lost their lives and this brought fear among African migrants who were compelled to remain indoors. The president, Jacob Zuma, condemned the violence. The police were deployed to halt the xenophobic attacks. They have arrested more than forty people connected with the attacks that claimed the lives of about seventy immigrants. Despite the warning from the president and the threat from the police, the people still gather and continue the violence. On the 14th of April, the police were compelled to use stun grenades and tear gas.

Olabode’s bitter remark has, indeed, become prophetic and a curse on Ghanaians Most countries in Africa are never safe havens anymore due to persistent violence, unrest and civil war in many places like Guinea, Libya, Mali, Cameroun, South Africa and many more places in Africa. The latest trouble zone is. South Africa and the violence will continue for a long time. Do you believe that Ghanaians in the troubled zone are still refusing to be brought home? Dear reader, do you consider their decision as wise or foolhardiness?