ISIS: The Challenges of Global Terrorism in Post-Cold War 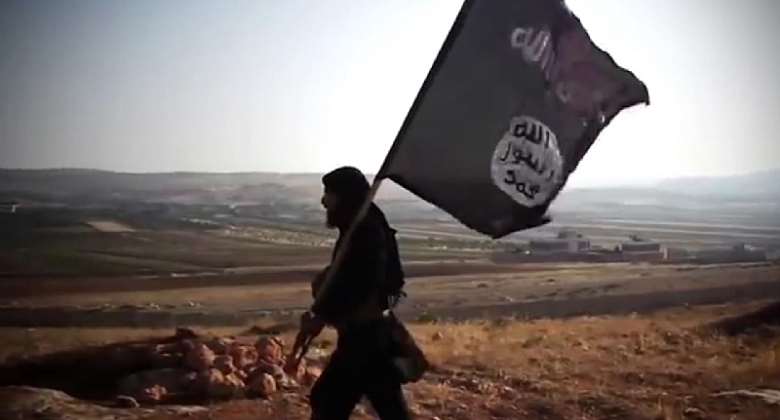 In an amazing display of bravery, an unnamed Tunisian street hawker set himself ablaze (some say it was out of frustration) in a sunny afternoon. This singular heroic act was soon led to series of riots which ultimately brought down the Ahmed Ben Alli’s regime and things will never be the same again. As the world watched the “Arab Spring” extends to Yemen, Egypt, Syria, Libya and many other Arabian territories arms freely flew into the hands of “freedom fighters” and pro-US regimes’ foot soldiers which will later become deciding issues in world peace and security. Ever since the world left us to find solutions to our problems they left us alone and went silent!

Keen observers of international affairs will probably know that not much has changed in the United States’ foreign policy thinking since the end of the Cold War era in 1990. The role of Washington in the so called Arab Spring shows that the White House still views international relations strictly from Cold War lenses. The role of the “World Powers” in Syria specifically calls to question the supposed end of the Cold War. Ever since communist China and former “Soviet” Russia supported the Asa’ad’s Damascus Government, Washington found a way to oppose the same regime hence supporting the “freedom fighters”. Not minding the fact that US supported the Hosni Mubarrack’s over three decades old regime, US led NATO forces brought down the seeming popular anti-Western 42 year old dictatorial Libyan regime led by Muammar Gaddafi. Suffice to say, both countries have known no peace ever since!

There is a school of thought that Washington’s reluctance to intervene in the Syrian crises because the country has no Crude Oil (an important geo-political resource) unlike its colleagues in the Middle East. There is still another school that says had the Obama administration intervene at the early stages of the Syrian crises, it might not have exploded or in the worst case human casualties would have been very minimal. The two views cannot be wrong, if Washington has dropped its Cold War lenses and viewed the issues from more realistic standpoints.

The decision of the US and its allies of initial “non-interference” have proven costly. The new dimension of global terrorism and insecurity accounts for this rather unfortunate decision. The disturbing nature that international terrorists now take which has now led to the agitation for Islamic States of Iraq and Syria(ISIS), the Islamic States of Iran and the Levant(ISIL) and other Islamic States(for short) affiliates and their nefarious activities in the region explains the conspiracy of world leaders as these groups rein terror on us all.

The Washington government supplies arms to its “Freedom fighters” in Syria, Libya, and in other places to fight governments they do not support as part of their foreign policy objectives, forgetting that the so-called “freedom fighters” soon turn “terrorists” soon after they are left alone. This was exactly the case with Western trained Osama bin Laden and the likes. The same “Freedom Fighters” they armed are now the new Islamic State(IS) fighters that have been killing our people with impunity and the world is silent!

Even if we concede that the US is protecting its economic and political interests in the Middle East (Oil and Israel), doing it at the expense of monumental loss of human lives is uncharitable, considering the fact that the US was a major causative factor in the imbroglio. The fact that Washington singularly account for more than any other for the escalation of the ISIS crises, US it is that must take the lead in bringing an end into all these needless killings. The world cannot continue to remain silent as innocent lives are being lost.

As a matter of recommendation, State Department’s strategists must get of this Cold War mentality. The world is in the 21st century and the Great Wars went with the 20th century. The fact that either Russia or China supports or oppose an issue does not automatically mean the US must take an opposite action on the same issue. This will only make international relations filled with tensions suspicions, distrusts, and hatred. Human lives are at stake.

This is not the whole world, not only the United States, must stand firm against the ugly trend of ISIS. This is not the time to remain silent. Our people are dying on daily basis for daring to profess their faith. We must not be passive. We must not be silent. If you are silent now while these atrocities go on then you are part of the world that was silent while we died. We died for what we know nothing about. We died because of the profession of our religious beliefs. And as ISIS operated; burning and killing children, murdering “infidels” and maiming innocent and harmless citizens and the world went silent. It all started in Tunisia!