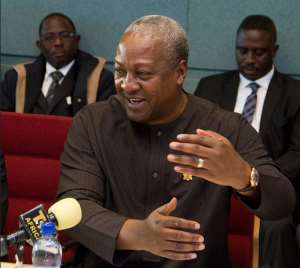 Over the last couple of years,”Dumsor” has become a household name in Ghana.The very word babies now learn and adopt fast because of the number of times it is mentioned, on radio, the television and in our everyday conversations. There’s no other word mentioned more than “Dumsor” in Ghana, and as darkness engulfs the country, so does the word “Dumsor” echoes through the quiet streets of Ghana.

“Dumsor” as described in the dictionaries of most Ghanaians, is the unreliable and erratic power supply which leads to frustrated claims like OOH! And AAH! Ghana’s struggle to give her beloved citizens an uninterrupted power supply seems to be a never ending battle, with the situation getting more and more precarious. As usual, the blame game has been played by the politicians but that has never and will never be the solution.

The inconveniences of the current power crisis are quite alarming and have obviously had deleterious effects on all facets of the country’s economy, crippling it gradually. Talk of workers being laid off, the exorbitant prices of products, the low level of productivity, just to mention a few, these are heavy punches thrown at the country’s face by the relentless boxer in the guise of “Dumsor”. In as much as this plague wouldn’t be wished for any country, there are positives to be drawn from this unique situation of Ghana’s.

Like my grandfather used to tell me, “In every misfortune, there’s a silver lining”. Have you ever noticed any attitudinal change in Ghanaians towards time? If there should be any mechanism to be put in place to check the attitude of the ordinary Ghanaian towards time, I bet you,”Dumsor” is the perfect antidote. With the advent of “Dumsor”, most Ghanaians are time conscious and plan ahead of time, making sure the most important things are done before “Dumsor” strikes.

Unlike the days where we used to sit down till time is due and or far spent before we begin our activities, “Dumsor” has brought a revolution in the management of time from the Ghanaian’s perspective, and this indeed, I think is something laudable, regardless of the harm it has caused us as a nation. It is the hope of every Ghanaian that this “headache” soon passes away and that the word “Dumsor” becomes obsolete. It is 5minutes to 6:00pm and I’ve got to iron my clothes, it’s the revolution, thanks to “Dumsor”.