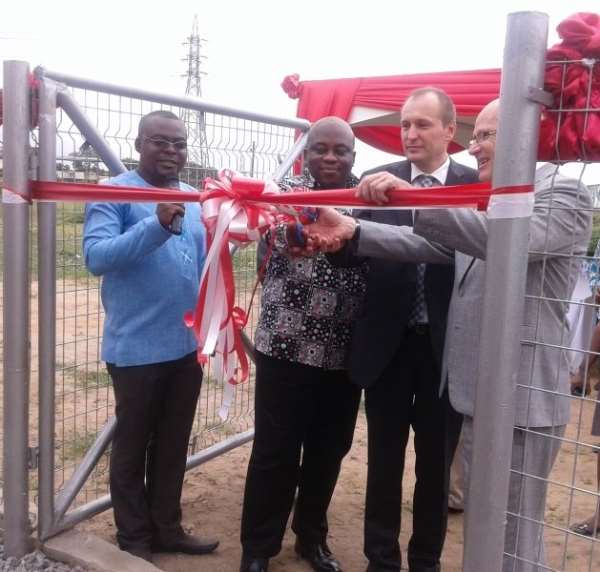 Accra, April 9, GNA - Officials of the Ministry of Health led by the Deputy Minister Victor Asare Bampoe have visited the newly constructed Ebola medical store and treatment centre at the Tema General hospital.

Mr John Andre, the Managing Director of Barry Callebaut, noted that, when the need was felt in August 2014 to support the Ebola centre, the company and the Swiss Embassy coordinated with the Ministry of Health to raise GHâ‚µ80,000.00 for the project.

The organization said it was impressed by Ghana's active participation in tackling Ebola on the ground by sending 42 medical volunteers to both Sierra Leone and Liberia.

Mr Bampoe said although the country has not recorded any positive case of the Ebola Virus Disease, which infected over 20,000 and killed nearly 10,000 in West Africa, the country still needed to take preventive steps.

'Although 138 suspected cases of Ebola have been recorded, tests at the Noguchi Memorial Institute for Medical Research have all turned negative, we still need to protect ourselves,' he said.

Mr Bampoe said an incident management system has been established to identify, isolate and manage any case of the disease detected in Ghana, and an emergency operations centre.   Ghana's preparedness has three-pillars, consisting Public Education, Point of Entry Screening and Active Community Surveillance, especially at flash points, as well as Case Management and Contact Tracing.

The Deputy Minister assured the public that the Tamale and Kumasi Ebola treatment centres, which are under construction, would be completed soon.

He said the original plan on case management was to have three treatment centres, however, government was now providing additional support to Regional, Teaching and Specialized Hospitals like the 37 Military and Police Hospitals to enable them to manage such cases.

'We need to prepare adequately for this disease since countries including the United States and Spain unexpectedly reported cases of the disease', he said.