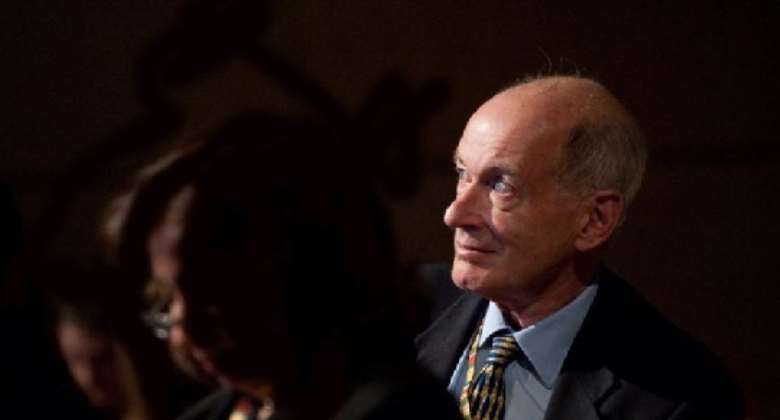 A respected international philanthropist, Mo Ibrahim is credited with “transforming a continent” and is thought to be the “most powerful black man in Britain”.

Ibrahim was born in Sudan in 1946 and describes himself as Nubian. Educated at the Nubian school in Alexandria, then at the faculty of engineering, he worked for the national telecoms company in Khartoum before moving to Britain with Hania in 1974 to study for a master in electrical engineering at Bradford. He followed this with a PhD at Birmingham, where he also taught, specialising in the then-unfashionable field of mobile communications. His pioneering academic work involved the reuse of radio frequencies. In 1983, BT lured him away from academia to be the technical director of its infant company, Cellnet (now O2).

Celtel was founded by Mo Ibrahim, originally known as “MSI Cellular Investments“. The company began operating in 1998. In January 2004, the company name was changed to “Celtel International”. In April 2005 the company was acquired by and became a subsidiary of Zain (formerly MTC, the Mobile Telecommunications Company).

Mo Ibrahim says: “In 1998, when I decided to launch a project to explore setting up mobile communications in Africa (which later became the company Celtel), the consulting firm I was running had 800 employees. We had few problems. We billed our clients, and revenue came in. Celtel started out with just five employees. Although the consulting firm provided our initial investment, I spent a significant amount of time raising capital: $16 million in the first year, to acquire licenses and begin building infrastructure, and ultimately more than $415 million during our first five years. With funding established, we had to design, build, and operate phone systems in countries with antiquated or nonexistent infrastructure.”

Some Africa experts query the work of his foundation, but no one criticises his personal manner and style.

In a video posted on YouTube on 14 April 2014 titled (Game Changers Africa – Mo Ibrahim – YouTube) it says at 7:27 “Lord Simon Cairn was the head of CDC (formerly the Commonwealth Development Corporation, and previous to that, the Colonial Development Corporation) at the time, one of the biggest emerging markets venture capital firms, he was later appointed as the chairman of Celtel and worked closely Ibrahim in getting the company up and running”

Lord Simon Cairn said: “the British government agency which I was chairman was the…. one of the major backers indeed throughout the life of Celtel as an independent company ….”.

CDC Group plc is a Development Finance Institution owned by the UK Government. The Department for International Development is responsible for CDC, with shareholder duties managed by the Shareholder Executive. It has an investment portfolio valued around £2.8 billion and is focused on the emerging markets of Asia, Africa and Latin America, with particular emphasis on South Asia and sub-Saharan Africa.

Criticisms of CDC
CDC was the subject of extensive investigations by the magazine Private Eye, which devoted seven pages to criticising the organisation in September 2010. Amongst other allegations, it claimed that CDC had moved away from financing beneficial international development towards seeking large profits from schemes that enriched CDC's managers while bringing little or no benefit to the poor; and that when Actis was spun out it was given an “implausibly low valuation”. The Actis deal was also the subject of criticism by British politicians.

CDC Review and Reform
On 12 October 2010, the Secretary of State for International Development, Andrew Mitchell announced to Parliament that the British Government was to reconfigure CDC, saying that whilst he applauded its financial success, it had also “become less directly engaged in serving the needs of development”. On 22 October 2010 the International Development Committee announced that it was to conduct an inquiry into CDC to examine issues such as its effectiveness and possible reforms, including its abolition. Their report was published on 3 March 2011 with the government's response delivered on 18 May 2011. In 2011 CDC implemented a new business plan, focusing its investments on the poorer countries of South Asia and sub-Saharan Africa, as well as once again providing direct investments to businesses alongside its fund of funds model.

Actis Capital LLP (commonly known as Actis) is a private equity firm headquartered in the London Borough of Southwark. It is focused on investments in emerging markets in Africa, China, India, Latin America, and South East Asia. Actis has over 100 investment professionals located in nine countries around the emerging markets.

Actis was formed in July 2004, as a spinout of CDC Group plc (formerly the Commonwealth Development Corporation), an organization established by the UK Government in 1948 to invest in developing economies in Africa, Asia, and the Caribbean. The Actis management team acquired majority ownership of CDC's emerging markets investment platform.

Actis has US$4.5 billion of capital under management across three global emerging markets funds and a series of smaller, focused regional funds. Actis closed its Actis Emerging Markets 3 fund with $2.9 billion of investor commitments. The fund was launched in September 2007 with an original target of $2.5 billion. CDC remains an active sponsor of Actis' investment activities, committing $650 million to the firm's third fund.

In 2007, UK Prime Minister Gordon Brown came under attack over the sell-off of Actis after it became apparent that the formerly government-owned business had made millions of pounds for its former employees.

On 1 May 2012 the Secretary of State for International Development, Andrew Mitchell, announced that the state's remaining 40% stake had been sold to the Actis management for an initial £8m. The deal also included a share of future profits that could be worth over £62m to the UK Government.

In October 2013, the firm announced it had invested $48 million in the Indian pharmaceuticals company Symbiotec Pharmalab for a “significant stake”.[

He was appointed Chairman of the African telecommunications company Celtel in October 2007 and is currently a board member of the charity The Mo Ibrahim Foundation, alongside Mary Robinson and Kofi Annan.

S. G. Warburg & Co.
It was a London-based investment bank. It was listed on the London Stock Exchange and was once a constituent of the FTSE 100 Index. The firm was acquired by Swiss Bank Corporation in 1995 and ultimately became a part of UBS.

This bank was founded in 1946 by Siegmund Warburg, a member of the Warburg family, a prominent German-Jewish banking family and Henry Grunfeld, a former industrialist in the German steel industry. Warburg and Grunfeld, who was also Jewish, had fled Nazi Germany in the 1930s.

S.G. Warburg and Co. was recognized for its pioneering mergers and takeover work in the UK in the 1960s, including the first ever hostile takeover in the UK and the first ever Eurobond issue, which fostered the new Eurodollar market. A significant event in the firm's rise to prominence was the acquisition of Seligman Bros. in 1957; through this, Warburgs gained a place on the Accepting Houses Committee composed of the seventeen top merchant banks with access to cheap capital backed by the Bank of England.

The bank gained clients and grew rapidly in the 1960s and 1970s, its strong work ethic and rigorous intellectual culture standing in stark contrast to the gentlemanly and clubbable milieu of the traditional City houses. A major participant in the “Big Bang” reforms of the 1980s under the leadership of its Chief Executive Sir David Scholey.

Following another flawed and costly expansion into the US, in 1994 a merger was announced with Morgan Stanley, but the talks collapsed.

After the merger of Swiss Bank Corporation and Union Bank of Switzerland in 1998, Warburg Dillon Read was renamed UBS Warburg. The Warburg name was finally retired in 2003 when the investment banking operation of UBS was renamed UBS Investment Bank.

The big questions are:
1- How an employed engineer raised a $ 16 million capital to establish his first business company in Uganda?

2- Is it normal to a beginner entrepreneur to establish a wealth of more than US$1.1 billion in about 15 years only?

3- What are the interests of a security company, such as Securicor, have to do with telecommunications and cell phones?

5- Why telecommunication companies rebrand themselves and change ownership very often despite of their huge profitability?

6- Why Mo Ibrahim left active but short lucrative business career and switched to a philanthropist foundation of leadership and governance in Africa?

Off course the budget and objectives of Mo Ibrahim Foundation which comes from the apparent founder of Celtel must also be put under scrutiny.

Do the CDC Group and their spin offs have anything to do with affecting external regime change and espionage in Africa and the World under the covers of business and communication?

NDC race: I will retain my seat and help bring Mahama back t...
8 minutes ago