Morning Devotion In Schools—Let Us Learn From The Nigerians 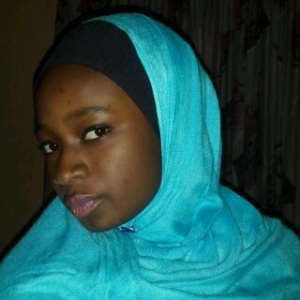 Over the years Ghana seems to have been enjoying some semblance of both religious freedom and tolerance. Incidentally, this road to peace in the country is under threat as a result of our own myopic interpretation of religious tolerance.

Reference is made to a statement attributed to the Ghana Education Service (GES) on its notice to all students in missionary secondary schools to attend morning devotion sessions if it is a school rule. “We are trying to encourage our students notwithstanding their faith to come together to worship and it brings about national unity.

If a Muslim takes part in morning worship, it doesn't mean the person is being forced to convert to Christianity,” the Public Relations officer of the Ghana Education Service, Charles Parker Allotey (Parker) explained. According to the Service, failure to attend compulsory morning devotion sessions may lead to indiscipline among students.

The reaction of the GES followed a directive by President Mahama to all heads of public institutions, including schools, to desist from forcing Muslim students to compulsorily join Christian fellowships.

The Muslim Community in the Western Region on Friday (2/20/15) demonstrated to: protest their displeasure over the compulsory church service policy in some Senior High Schools in the country; force government to compel schools to allow female Muslim students to put on veils; prevent the attendance of church services in schools that make such gatherings compulsory.

For the first time in Ghana's history aggrieved Muslim students vented out their frustration and displeasure through legally accepted procedure. This very act itself should be commended by all peace loving Ghanaians.President Mahama set the pace with his prompt positive response to the issue. GES disrespected him by sticking it into the noses of the Muslims.

The reaction of the GES to the Muslim Community is at best very insensitive, incendiary if not outright provocative. No wonder the swift and harsh response from the Ghana Muslim Students' Association (GMSA) rejecting the directive from the GES and called on all Muslim students all over the country to do the same.

In a statement released to the media the GMSA said “We want to make it clear that nobody can sit at his corner and make laws that contravene the constitution and the biddable Muslim student is expected to comply without questioning. Ghanaians must understand that GES made the Lord's Prayer compulsory for us and we accepted it so they want to covertly add morning devotion. We vehemently reject both today.”

Such is the beginning of hostilities. The Muslims have thrown the first salvo. It is very unfortunate that individuals would want to impose their belief on others under the guise of education even if that would create chaos. Ghana underrates religious belief and feelings at its own peril.

Christians should know that Muslims do not attach the same reverence to Jesus Christ as they (Christians) do. In the same way Muslims uphold Mohammed in a higher esteem than Christians. This should not be interpreted as one being better than the other. It should be seen as a sign of individual differences.

The missionary schools are public schools. They teach and prepare students to take the same examinations and they are open to all. This policy should continue since it has served Ghana very well. If after so many years of attending morning devotion in missionary schools Muslims are raising resentment, they should be listened to and appropriate measures taken to address their concerns.

A way out of this is what this writer observed as a teacher in a teachers' training college in Lagos, Nigeria. The principal was a Muslim – an Alhaji. During morning devotion all Christians assembled in one area while the Muslims also met at a different spot for five to ten minutes of prayer or “kraming”. After this all students would be together for the morning assembly. This worked well for all and sundry. It could be easily replicated in Ghanaian schools.

Since no Christian would like to be forced to “kram” they should be sympathetic towards the Muslims' apprehension towards prayer and issues involving Jesus Christ. Christ did not force anybody to follow Him. He presented an alternative to the various religious practices at His time and called on all who believed to follow Him. The Muslims in missionary schools should be given some few minutes for their type of morning devotion if that would fulfill Christ's request “That They All May Be One.”