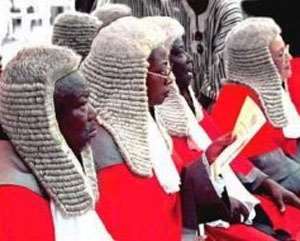 Today, the President of the International Bar Association (IBA), David W Rivkin, is hosting a high-level meeting in London to develop ideas for the IBA Judicial Integrity Initiative, a new project aimed at combating judicial corruption.

Attending the inaugural meeting are current and former chiefs of justice from several jurisdictions and representatives from, among others: the Organisation for Economic Co-operation (OECD); the United Nations Office on Drugs and Crime (UNODC); the World Justice Project; the Basel Institute on Governance; the Italian Research Institute on Judicial Systems; the University of Glasgow; and global businesses.

Mr Rivkin commented, 'Corruption in judiciaries is a problem on every continent. Where it occurs, this corruption undermines the rule of law and civil society, because it causes citizens to lose faith in the ability of government to assist them. And where judicial corruption exists, it is impossible to eliminate corruption in other aspects of government. This issue requires the attention and resolve of the legal profession as a whole to overcome it, and the IBA, as the global association of lawyers and bar associations, can uniquely contribute to the fight against judicial corruption. The IBA Judicial Integrity Initiative is as an extension of the anti-corruption work the IBA has been doing around the world; training lawyers to identify corruption, and not to participate in it unwittingly. The IBA OECD UNODC Anti-Corruption Strategy for the Legal Profession was launched in 2010 and is a flagship programme of the IBA, promoting integrity compliance among lawyers.'

He added, 'The aim of the Judicial Integrity Initiative is to raise awareness of the legal consequences of judicial corruption where it exists, combat it through promoting the highest standards of integrity among judges, prosecutors, court personnel and lawyers, and further the best practices of countries that have worked effectively to eliminate corruption. It is clear that we have a lot of work to do.'

The meeting of experts in London will be followed by a similar meeting of experts – including judges, prosecutors, leading lawyers, civil society organisations and business representatives – in Singapore on 17 March 2015. Following these meetings, the Initiative will develop a comprehensive work plan for 2015 and 2016. Among the activities being considered are: holding in-country dialogues with lawyers, judges and prosecutors on how better to promote integrity in the administration of justice; undertaking a typology study of how and when corrupt practices arise involving lawyers and members of the judiciary; issuing a comprehensive report before the end of 2016 to assist lawyers to better understand the nature of corruption in their respective jurisdictions and how to think and act when they are confronted with corruption in their dealings with the judiciary; and researching best practices in countries that have effectively reduced judicial corruption.

The Anti-corruption Strategy for the Legal Profession is a joint project of the International Bar Association (IBA), the Organisation for Economic Cooperation and Development (OECD) and the UN Office on Drugs and Crime (UNODC) which focuses on the role lawyers play in combatting international corruption, with particular attention on the relevance of international compliance. As part of this Strategy the IBA conducts worldwide in-country workshops for senior-level private practitioners of those law firms highly involved in business transactions. Click here for further information.

anticorruptionstrategy.org/Default.aspx
David W Rivkin is a partner at law firm Debevoise & Plimpton LLP. His presidency of the IBA is for the two calendar years 2015 and 2016. Click here to download a short bio from the IBA website.

The IBA's administrative office is in London. Regional offices are located in: São Paulo, Brazil; Seoul, South Korea; and Washington DC, US.

The International Bar Association's Human Rights Institute (IBAHRI) works to promote, protect and enforce human rights under a just rule of law, and to preserve the independence of the judiciary and the legal profession worldwide.