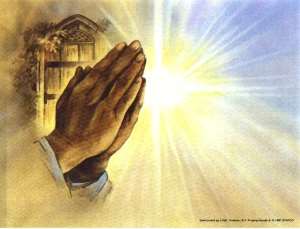 Man is naturally born aware of good and evil and whenever a wrongful act is displayed, even a child display a sense of guilt if corrected. Evil deeds become a weapon when used to dominate others and make them subservient to the wishes and caprices of the oppressors. Religion and politics are convenient tools used to suppress and justify guilt. As nobody wants to be subjected to the same cruelty perpetrated on others, those oppressed have to be viewed less than self.

Professor Obama provoked another debate about jihad and crusade recently making those of us wrapped in religion uncomfortable. Interestingly the discomfort was not limited to Christians and Muslims, Hindu and Buddhists also protested. The Professor was chastised for bringing up Crusade that happen about a hundred years ago compared to the senseless jihad right now.

Late Dr. Morgentaler of Canada, a Dachau concentration camp and Łódź Ghetto survival fought many battles in courts and on the streets for safe medical abortion. Women seeking abortions are still in fear of those killing doctors in the name of religion. Abortion clinics and owners are sprayed with blood and hunted like animals. How soon we forget that the burning of the cross is still used today to intimidate groups of people because of their ethnicity or color of their skins.

These evil acts are too uncomfortable to discuss by the same people claiming to be so righteous in the day only to dawn their Ku Klux Klan robes at night burning human on the cross. They do not want to be compared or put on the same level as the jihadists and crusaders. They should allow their victims to speak for themselves in case they know the difference between the lives taken, abused or destroyed by people that have acquired killer instincts in the name of religion.

Even some left wing liberals did not like the way the professorial President used crusade falling into the same argument as the conservatives. The fact is conservatives will find faults no matter how Obama put it. The most charitable they can is to say they agree with what he said but it was the way he said it. There has never been a right way for them. All they need was a sentence they could pick, blew it up and made it a scandal for the public.

Too often in the history of the world, the oppressed have been told their reward is in heaven, not in this evil world. It is in the same world where the evil is perpetrated by the most trusted, where rewards for the rich and oppressors are collected. Oral Roberts started a university where black and white students were prohibited from dating. Just a reminder that even looking at a white man can earn a black caning like a boy, not to mention looking at a white woman.

Nobody in his right mind would justify the acts of jihadists that use the name of religion to kill and maim their own people in order to impose sharia on them. These same sharia laws do not apply to their lascivious way of life. Indeed, some of their hostages never see them praying or with Koran. But we spotted an expensive Rolex watch on the wrist of their leader of ISIL. When some folks of faith pray, morning, noon and night, we wonder how much sin they committed.

The similarity between conservative Christians and Muslims is displayed by their intolerance for opposite view. They are the only ones that know the right way to God and how to get to heaven. Revolt against Catholic Church and persecution of the Protestants must not be duplicated by any religious sect in the name of jihad or crusade. Victims of today or yesterday are the ones that know how it feels.

There is no place this insensitivity was more displayed than during the police shooting of black men and boys in United States. Police want to tell their Mayor what to tell his son that happen to be black when he encounters police on the street. The same thing black fathers have been telling their sons, that had been repeated by a four star General Colin Powell and the President of United States. It is the police that shoot that know better than the victim.

But we cannot blame them. There were talking heads on televisions telling and interpreting what we saw with our own eyes, as long as it corroborated with the statement of the shooter and the witness that claimed victim was charging at the police like a bull. After all, these were educated people talking forensic science and law used to confused biased jury. In some years and decades, there will be those telling us that were in the past. No need to bring it up again.

The history of religion, especially Christians and Muslims in Africa have plunged the Continent into darkness from which it has not recovered. Slaves were blessed on their way out after they were sold by their own chiefs for pittance. Gold were exchanged for mirrors. The missionaries were the first to come converting natives from evil worshippers to religions of mass destruction. Then came the traders and the merchants followed by the administrators of governments.

All the atrocities came in the name of religions and civilization. Empires that were earlier than those of Europe and Asia were looted and destroyed by Arabs and Europeans. African names were changed because they were devil's name to English and Arabic names. When they were told that Chukwu means God, they said no, it was devils name. So they gave them Godson as a new name they must answer.

Africa remains the only Continent that has foreign religions as official religions recognized by the governments and all the holy places outside of Africa. God and holy place never exist in Africa, so foreign religions have to bring them in. Nobody understands the abuses of religion better than Africans. Yet, greed and complex will not let us shed the yoke.