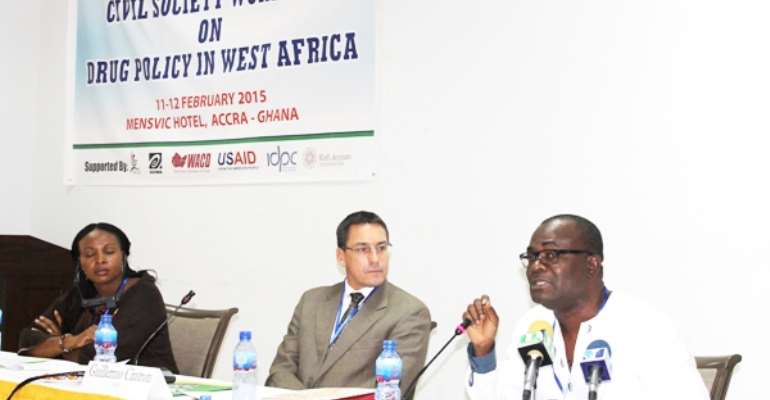 Civil Society Organizations (CSOs) from various West African countries are currently holding a workshop in Accra, on Drug policy in West Africa. The workshop would be held in two days, starting from February 11 to February 13, 2015; and seeks to create a common platform for civil society actors in the West African sub-region to learn, share ideas and equip themselves with knowledge on Drug Policy, and other issues revolving round drug in the region.

The workshop is being organized by the West Africa Civil Society Institute (WACSI) and the International Drug Policy Consortium (IDPC) in partnership with the Open Society Initiative for West Africa (OSIWA), the Kofi Anan Foundation and the United States Agency for International Development (USAID).

In an address, the Executive Director of WACSI, Nana Asantewaa Afadzinu, stated that the use of drugs affects the society, the country and the West African sub-region in ways that only produce negative results.

She lamented that West Africa was mostly being used to foster drug trade and usage, making the sub-region vulnerable in terms of economic and general lives of the citizens.

For this reason, the WACSI Executive Director said there was the need for CSOs to have a strong platform to engage the governments and policy makers on drug related issues and sustainable development in West Africa.

“We need to create, and have a common platform as civil society actors where we can engage the various governments and our policy makers on drug policy and sustenance development in the sub-region,” she stressed.

Nana Afadzinu said civil society organizations need to be equipped with knowledge on pressing issues such as Drug in West Africa, so they can help in addressing the issues.

She was hopeful that the outcome of the 2-day workshop – the learning of new things, ideas and knowledge shared and gained – would be implemented rightly in the various West African countries, so that the workshop do not end up being a 'talkshop'.

“I am very hopeful that over the next two days, the learning and sharing of information; the acquisition of ideas and knowledge would be carried out from this room to our various countries for implementation. It shouldn't just be one of the talkshops,” Nana Afadzinu said.

A report by the West Africa Commission on Drugs (WACD), and sighted by Modern Ghana, shows that while West Africa has witnessed the reduction of civil wars, and significant improvement in democracy and economies, a “new threat is jeopardising this progress: with local collusion, international drug cartels are undermining countries and communities, and devastating lives.”

According to the report which was themed: “Not Just In Transit: Drug, the State and Society in West Africa”, drugs pose a new threat to the development of West African countries; which is being increasingly destabilised not only by the illicit trade but also by the local production and consumption of drugs.

The report revealed that the trafficking of cocaine was estimated at $1.25 billion, and that alone exceeds the national budgets for many states in the West African sub-region.

It stated further that drug related problems exist on all levels of the society; with the independence of governance systems and security institutions risking being undermined by corruption and organized crime.

The West African Commission on Drugs (WACD) said the steady increase in numbers of dependent users is furthermore a major threat to public health.

As part of recommendations in curbing the drug menace, the commission has called upon the governments of West African States to treat drug use as a public health problem and invest in treatment services as well as the reduction of drug related harm.

The commission also recommended the reformation of laws and policies on drugs, which includes the decriminalization of minor and non-violent offences, as well as a more capacity development of effective penal system.

Representatives of the workshop partners: Mathias Hounkpe of the Open Society Initiative for West Africa (OSIWA); Guillerno Clinton of the USAID and Jamie Bridge of the International Drug Policy Consortium (IDPC) in separate speeches reiterated the need for putting up the workshop, in that many lives and economies in West Africa are being lost to drugs.

“The policies are not adequate in fighting the phenomenon,” OSIWA's Hounkpe stated.

IDPC's Jamie Bridge said “West Africa has a good opportunity to learn a lot of lessons from what is happening in other parts of the world concerning drugs.” 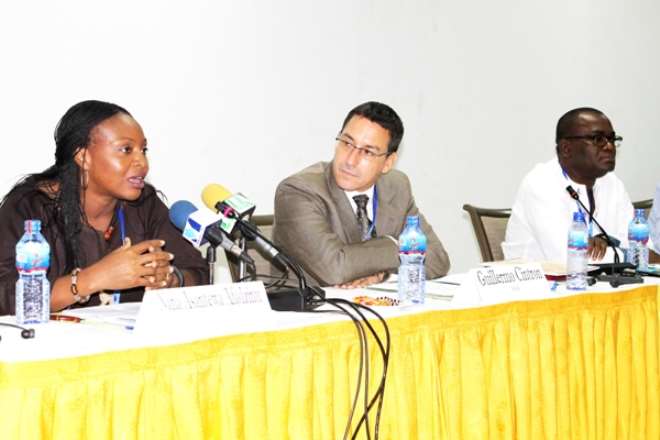 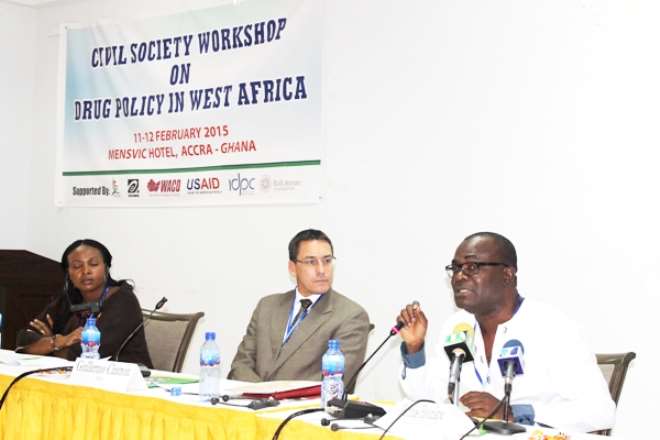 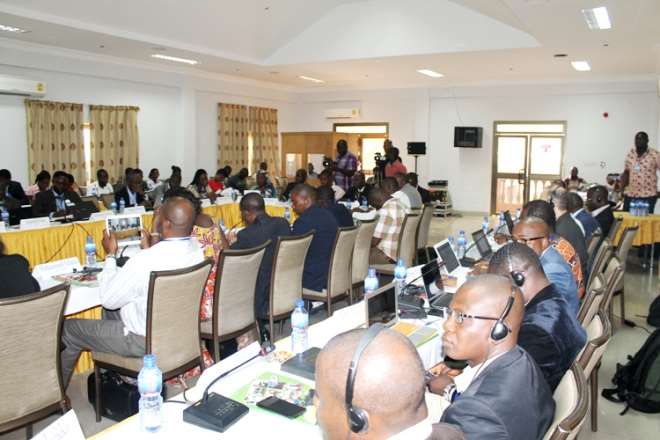