The Fear and panic of Ghamro Audit Report 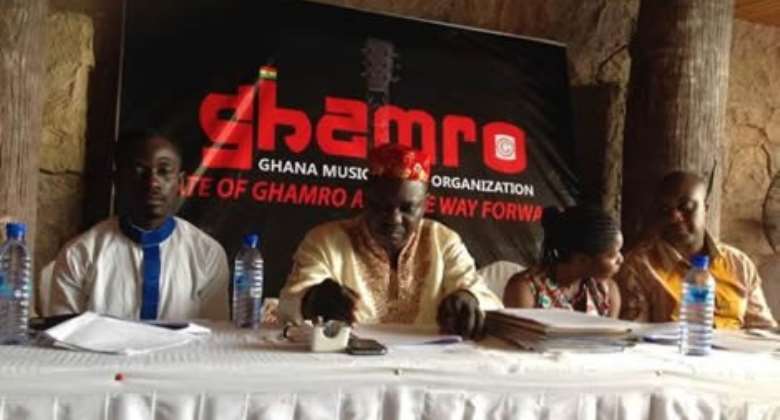 Just after it was announced that the audit report for Ghamro was ready, the disease of fear and panic gripped the old beneficiaries but before we go to the report lets digress a little.

The theory of if it's not me then it must be destroyed is one fundamental disease of the black mind. I have observed with keen interest the manner in which some music right owners want to destroy Ghamro just because the court asked for the right thing to be done. The RMs were given a 6months mandate to hold an elections and all these peeved group had to do was to place an injunction on it and turn around to say yes you could not hold the elections so vacate the post just like taking of the feathers of a bird and asking an elderly person which bird it was.

Names like Gyedu Blay, Akosua Agyepong, Sloopy Mike Gyemfi, Pozo Hayes are no meager names in the industry so when I heard that they had follow Ekow Micah to the Ghamro offices to violently lock it up I was shocked but you just can't tell what influences or motivates people to misbehave in a certain way. Their reason for going to lock up the place was that the RMs did not inform them of the extension and even that reason was not true since they were in court and were told of the extension also a press briefing was held and that information was provided to the press.

One major problem that took Ghamro to court was ACCOUNTABILITY and God being so good an audit report for 2012, 2013 and 2014 management report have been completed by the company's auditors the old board employed. The main focus should now be on the old board answering for their stewardship and refunding monies which have been squandered if any instead of them trying hard to throw dust into the eyes of the public by spieling wild and baseless allegations against the RMs and causing unrest in the industry.

After reading through the audit report you realize that there are lots of questions to be answered for instance how could they pay an amount of ghc51,000 for ID cards which was not done besides not even one member of the old board has a sample indeed when the motionpix company was questioned they confirmed that they had no contract yet they were paid in full without doing any work. An amount of ghc55,000 was also used in purchasing a Toyota sequoia which was taken home as maybe ex-gratia by the ex chairman. An amount of 4.3 billion old cedis was transferred into unknown accounts in December 2013 within a week. Cheque books were in individual pockets and monies were been withdrawn without the knowledge of the accountant. To add insult to injury an amount of ghc11,000 intended for a great man like CK Mann turned into ghc1,100 and the rest of it unaccounted for, an upfront disrespect to the right owner. Now instead of appearing to answer to the queries like how Mark Okraku Mantey and Rex Omar appeared before the auditors, Carlos Sakyi, Amandzeba and KK Kabobo are rather hiding and sending people to cause unnecessary confusion.

Some of us who are observing quietly will not be disrupted by such confused and ugly noises in fact our eyes will be on the ball to see what answers the old board will provide for their stewardship and not the useless and baseless allegations been thrown at the RMs just for doing their Job.

Last but not the least my advise goes out to the many silent right owners not to sit down quietly whiles the few who benefited from the rot try to destroy it, they should not be swayed by the ugly noises but rather read in between the lines in order to save the backbone of the industry because that is their pension and it must be protected.

In concluding I would like to encourage the RMs to remain resolute as they conclude their work by holding elections for appointment of substantial directors . The whole industry is looking up to them so they shouldn't let them down.