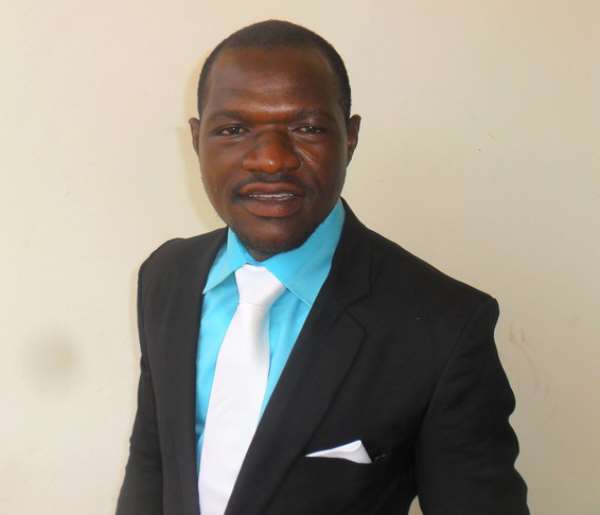 Lonyian could not hold his tears and his friends did not understand why. He and his friends were watching the same characters on the same program on television but both proffered different interpretations to what they saw. Lonyian still remember this day clearly because it marked the beginning of a life changing experience to him as a young man growing up.

It was a popular kids TV program that was aired on GTV in the 1990s and to him that was the first day he saw it. That was his first day of watching TV and that was his first weekend in secondary school in 1999. He joined his colleague “neenos” (first years) to the school Assembly hall to watch TV. This was on a Saturday after participating in their first weekend cleaning in secondary School. The program that was been telecasted at that point on TV was what he later discovered to be a popular kids TV program called “Kwasasa Yoo”.

As Lonyian sat and watched the program with his colleagues, he got distressed and suddenly begun shedding tears to the surprise of his newly met friends who were rather enjoying the program. How possible he wasn't enjoying the program as his friends did? Lonyian was rather raging in tears in resentment of himself and his origin and could not disclose the reason to anyone but himself. When he was questioned by his friends, he told a lie. He said he wasn't feeling fine, but that obviously was unconvincing to them. Feeling uncomfortable amongst his friends, he excused them and left the hall. His friends obviously did not believe him because he never manifested the slightest symptoms of illness until that sudden emotional change. Lonyian isolated himself somewhere and wept to his satisfaction and took the lead back to the dormitory and slept, when he woke up he was emotionally settled and fine.

The fact is that Lonyian did not cry because he was ill, but because of the interpretation he gave to the people he saw on the television. That was Lonyian's first time of watching TV and he was marveled by the kind of people he saw on the television who according to him looked extremely beautiful, nicely dressed in very fine and decent clothes and had such a quality skin color which was completely different from his and the people he lived with, in his village (Jagouk). Jagouk is a farming community in the Bunkpurugu Yunyoo district where people always looked dirty and in tatted clothes because of their constant engagement in farming activities, extremely low income levels and poverty. Their only source of water for drinking, cooking, washing and brewing pito was a deep Dug Well. The entire Jagouk community depended on a single deep Dug Well. Lonyian who had never traveled out of Jagouk as at that time never knew that life was not the same everywhere. Until he watched TV and saw how different people looked, he always thought people everywhere looked and lived as people of his village. That however was never the case.

Lonyian would not weep if he looked like the kids he saw on TV that mid Saturday morning, but that was not to be.

Yes, he wept, but that was not the end, he kept thinking about it for a long time and in fact till date he still battles that out with himself but in different dimensions. Since that time, any time Lonyian watched TV and saw more of the “nice people” it inspired him. Since then he has become aware that people of his village including himself never had the best of life and that there is better life and better people somewhere else.

The confusion in Lonyian's mind has always been whether he should be grateful to God that he saw TV at sixteen or blame God he did not see TV at four. But should these confusion in the mind of Lonyian be left to die a natural death or he could be more probe able than that? Was it Lonyian's fault that at age sixteen he had not seen TV yet? As at today, Lonyian's village (Jagouk) still has no electricity; people there still do not watch Television. As it stands now, citizens of Ghana who are lucky or unlucky to have been born in Jagouk would not have had access to and used electricity since Ghana was born. Lonyian keep asking questions that he feels must be answered by someone; whose fault was it that kept him in that darkness for 16yrs of his life? Was that the fault of his parents? Is that supposed to be his destiny? Was he a victim of a consequence of leadership failure in his country? And many more questions on his mind.

Where is the fairness? Where is the equity our political leaders always trumpet about? Is Ghana so poor that it cannot provide electricity for every Ghanaian everywhere including the lovely people of Jagouk?

A renounced leadership coach as well as the author and best seller of 21 indispensable Qualities of a leader; Dr John C. Maxwell once said; “Everything rises and falls on leadership” and that what stands between people and their dreams is leadership. When leadership fails everything else fail. I am certain that Lonyian is just one of a million and more children in Africa who experience this in many other different forms. Turn the TV cameras on African children and see them looking dirty, naked and disoriented in their own land. As if an African child has no parent, president or a parliamentarian. It's Pathetic!

The dignity of the African child is sold to the west by these same people and in recent times, church leadership and pastors too. The modern day slavery is real and it is perpetrated by the wealthy west and our own greedy political leadership as intermediaries. Democracy, Election, Bilateralism and multilateralism have become the strategic hub for scheming and perpetrating all the wickedness against the unsuspecting Lonyian and the African citizenry.

The last time I checked for Least Developed Countries (LDCs) in the world as constituted and ranked by the Economic and Social Council of the United Nations, the first ten were African countries and the first four were West African. Mention poverty and the black man will respond. Where are the African leaders I ask?

The African child has been dishonored and repressed to be lesser and lesser competitive in the world. The African child cannot even confidently socialize with his peers across the globe because of lost of dignity. The African child grows to see his political leadership compete not about originality and creativity of ideas but about who has the best borrowing strategies and which government borrowed much from the west during their tenure. We see over reliance on the west for all kinds of supports including budgetary supports, supports to fight terrorist attacks in Mali and Nigeria as well as the fight against Ebola in Liberia and Guinea. I feel we better stop the pretence of independence and get back to be colonized.

I watched the rapidity with which France combated the terrorists attack on Charlie Hebdo's magazine. In 72hours all the suspects were rounded up and killed. I turn and look at the African big brother Nigeria and I bow my head in shame. I am tempted to ask whether there is president in Nigeria. The last time I saw Goodluck Jonathan he was on a political platform announcing his ambition of contesting for presidency for the second time. Mediocrity at the max!

I had a conversation with a senior Ghanaian but London resident friend who tells me African is the only place where time stands still. Leave Africa for ten years for abroad, come back and meet it same, nothing will change. Think about it. I paused for a while as I thought I could find a reason to rebut that immediately but failed.

I am not a pessimist but I do not also subscribe to false optimism. I feel that something radically has to be done about the current trajectory of African leadership. African youth who feel like I do must join the chorus. We are already in arrears and can't wait any longer. The most silent voice in African must begin to growl to the shrillest. I choose to speak up.

The “Lonyian” in this story who wept after watching TV for the first time is me; the writer of this article. I am a citizen of Bunkpurugu Yunyoo in the Northern Ghana. Send