Mahama Is Pushing Many Teachers To The Prick 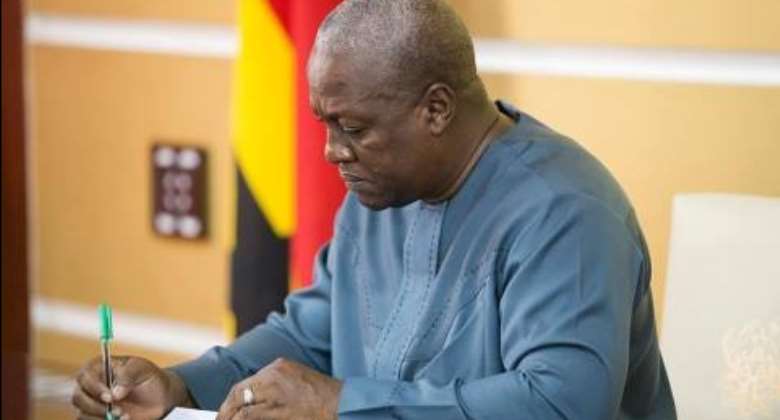 A graduate not finding job secured for himself a petty trading in the far side Tunisia. After many disappointments, this graduate found solace in street trading as the immediate job vacancy his graduate degree can recon with. It was not long that police came to vandalize his fruit vendor shop. After several thoughts, he could not find answers to why his own country could reject him and put him into such a miserable tight corner. He finally arrived at one solution: 'an end to his life'. He poured petrol on himself and set himself ablaze.

This caught the attention of many patriotic countrymen and caused them to react violently to the young man's plight against the government. This resulted in widespread mayhems across the country which eventually toppled the ruling government. This was the beginning of the Arab spring which ransacked even the notorious late Gaddafi.

Perhaps, the current situation prevailing in the country is ripe for many unemployed, unpaid and frustrated workers to replicate the example set by the Tunisian unemployed graduate who set himself on fire. I do not think the government is fully aware of the level of frustration, anger and the greater harm the current economic situation is putting people through.

Many teachers across the country have become the worst victims of the undefined economic policy which even a professor emeritus of economics could not simply define. What is particularly lamentable is teachers who have asked permission, gone to school with their own money and have returned into the service and are deprived of their salary. What is surprising is that GES posted them to various places their services are needed. They came only to meet what the government call ban on recruitment. With the ban, it means teachers who have been genuinely re-engaged will have to wait for the time when the government feels his so called 'economic magic policy' see the light of the day. Since 2013, teachers who were re-engaged have not still gone through any meaningful process to see to their full absorption into the system.

What even cut the throat of many of teachers is the fact they continue to teach on empty stomach and are expected to perform and hopefully expect three months salaries in case they are lucky to be paid. Some within these years have lived on loan and borrowing and seems to exhaust all their necessary avenues of borrowing. Sadly, most of them have wives and children who look unto them. They are indeed going through the hell of their time with offense they have no hand in it.

The tendency and situation is ripe for many of them to think of doing something evil to their lives. I know one teacher who told me he will hang himself if he is not paid quickly because he cannot even visit his family and his creditors are hunting him down. I know others who live a life of servitude and probable could go mad when the situation worsens. Others I think by now have serious scuffles with their partners and are even on the edge of divorce because the situation seems not to improve. Others are into serious drunkenness because it is the only thing that can let them forget their frustrations at least for a day. Thebigger question comes to mind: 'how can these teachers get a peaceful mind to prepare adequately to help their students?”.

Government seems to overlook all these things and will not even mind if some of his citizens are getting crazy, frustrated or obsessed with servitude. He has created an environment of hardship for them. This is unheard of. A government for the people will at least consider the grave consequences of his actions before even proceeding with the implementation of any economic policy. What have these teachers done to the President that they deserve what they are going through?

The President is in solace everyday while others feed on gari and shito or go to bed with empty stomach or could not pay their wards school fees or are indebted or cannot be responsible to their own family. Our ministers cruise in comfort while they punish innocent people with their careless economic policies. One teacher told me he has only three shirts and two trousers left whilst he manages only one shoe.

The plight of teachers who are ladies is even worst and despicable. Imagine a woman who has been posted to a village and has not been paid for three years. What kind of life is there for such a miserable teacher? These mass suffering teachers have no choice than to hope. Any attempt to leaving the classroom means termination of appointment without compensation for the years you have done. This is so unfair and sad. What a country and what a people? This cannot be done in any civilized society.

The only thing our President could say is that it will be okay soon. Promises without fulfilment: serving his interest rather than the interest of the masses. It is sad and it makes me weep for our dear country; while the President enjoys comfort with his children at home, others sleep and could not close their eyes till morning because they have no money to buy food or cloth themselves. The last election is gone; perhaps he is now thinking about how to grab another power with new schemes of deception and lies. He claims he is working for us while in reality he is working for himself and his family.

Mahama is pushing many of these teachers to the prick and very soon it will not be a surprise if we hear a teacher has either hang himself to commit suicide or set himself ablaze for being rejected and punished severely to serve the interest of a group of managers who called themselves politicians and have no pity and slight pain for suffering teachers.

Mr. President many call your name every morning and wonder what they have done to you. Some even curse your name for bringing artificial hardship upon their lives.

The President should not forget he said God has chosen him to lead this country. God is not mocked; every politician who claims God has chosen him or her must think about and work assiduously to relieve the poor and servitude teachers who have been sidelined because of the recent economic situation and the unfair distribution of the national cake. He must listen to the wailing and the plight of these ailing teachers and work to promote their greater interest by paying them their salaries including all outstanding arrears. This we can say with some level of confident that God's hand is on him.

Perhaps the President could inspire himself with the following biblical quotations and meditate on it day and night and see if he is being fair with these suffering teachers.

“For the scripture says, "Do not muzzle an ox when you are using it to thresh grain" and "Workers should be given their pay." 1Ti 5:18(GNB)

"Do not rob or take advantage of anyone. Do not hold back the wages of someone you have hired, not even for one night” Lev 19:13(GNB)

“14Don't withhold pay from hired workers who are poor and needy, whether they are Israelites or foreigners living in one of your cities. 15Pay them each day before sunset because they are poor and need their pay. Otherwise, they will complain to the LORD about you, and you will be condemned for your sin” Deut. 24 (GW)

On behalf of the teachers, I appeal to civil societies to speak up and appeal to the President to quicken the pace to enable these desponded teachers get their pay and get all their salary arrears. Some teachers could be in debt for the next six years of their life. This suffering which has been created for them is indeed a long term monster hardship if all their salary arrears are not paid.