The Suffering Ghanaian Music Industry And The Political Interference 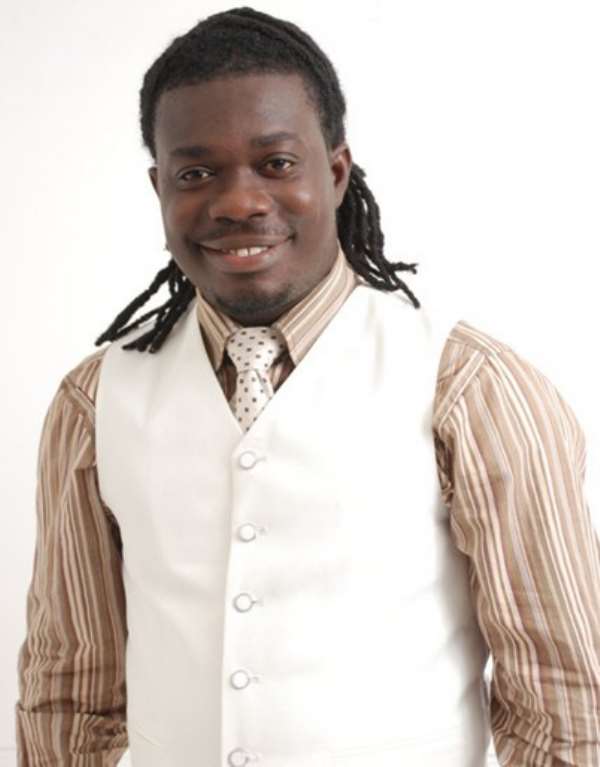 Humans are more inclined to do wrong than to do right because they were conceived in sin and born into a sinful world but it takes a few brave ones to stand by the truth knowing that it's only the truth that can set them free “VERITAS LIBERATE”.

When I write I do it without fear or favor as long as it's the truth.

My concentration today will be on GHAMRO since it is the backbone of the industry and if we get it wrong from there then every music right owners will continue to die poor in their old age.

Ghamro was formed and licensed by the Attorney General after the struggle for emancipation from government “COSGA” in order to attain their independence and in that quest representatives from the various music associations were chosen to form the board of Ghamro and that was the necessary blander that was committed because in copyright issues you are talking of individual rights which is clearly stated in the Ghamro constitution in fact there is nowhere in the constitution that talks about associations making that a nonstarter.

After that board stayed in office for three years without any meaningful headway, various calls were made to the Attorney General without any results so about a 100 music rightowners took the matter to the human rights court a case in which the judge ordered that illegal board to step aside and in turn appointed Receiver Managers to ensure that elections are held within six months so that Ghamro can run legally and effectively. Since that ruling those who lost have made it their agenda to see to it that the elections never comes on for reasons best known to themselves.

My only problem is the fact that the Attorney General's respectable office didn't seem so concerned about Ghamro matters.

The court appointed Receivers and Managers issued a notice for election which was supposed to be held on the 6th of Dec 2014 and some aggrieved members went on a demonstration somewhere on the 27th of Nov 2014 Petitioning the RMs and the Attorney General. The RMs replied in writing the following day answering all the questions they raised in their petition. Then on the 4th of Dec 2014 the AG called for a meeting between the RMs and that group in his office.

In my view, the meeting was not necessary and here is why I think so.

1. Does it mean that when any Tom Dick and Harry decides to go on a demonstration, a meeting should be called?

2. The RMs are officers of the court and are answerable to the court

3. The case was before a court of competent jurisdiction.

A few questions for the Attorney Generals office before we go back to the meeting.

1. Carlos Sakyi's board had refused to call for an annual general meeting for the past 3years

2. the old board had refused to produce an audited account for the past 3years

3. the old board had refused to hold an election after their two years stay in office and were illegally staying there.

I ask all these questions because they are requirements for acquiring a license from the Attorney General's office to continue operating. What I remember after several appeals is the Attorney General writing a letter to that board to furnish them with an audited report, a letter which Carlos threw away, if they disagree with me they should publish just one audited report they received from Carlos then I would rest my case.

So if their office couldn't step in and the music right owners had to go to court to get justice why should they call for a meeting at the eleventh hour or was it out of fear for a group that is wallowing in complete ignorance?

The meeting which I christened the “ambush meeting” started around 5pm, it was moderated by the Deputy Attorney general. The group whom I am been made to believe have never read the constitution of Ghamro started with their usual lamentation for 30mins without any response form the RMs then all of a sudden a bailiff walked in and requested for the chairman of the RMs. He served him with a court order which he initially refused to sign but had to succumb under duress. Then Deputy Attorney General then read the order to the RMs that there was an injunction on the elections so they couldn't go ahead with it.

I am not impugning any wrong doing but that was the shock of my life. Then the questions started popping up without answers.

1. Why did the Deputy AG had to be the reader of such news

2. Why was the Order served without a writ
3. If it was in good faith why was it an ex party motion meaning they went for the order without the judge hearing the RMs side.

4. Their main excuse for the injunction was that a dancers associations leader called Dickson said he did not receive notice of elections but I believe since day one the RMs were appointed the whole country knew they were put in office not to dance kete or Agbadza but to hold an elections in fact 2 meeting were held in Kumasi and accra respectively to bring stakeholders up to date on the elections to be conducted by the EC.

An election that candidates had campaigned for from the length and breadth of the country, an elections that monies had been spent on and ballot papers printed that group just didn't care because if it's not them then everything shouldn't happen or the masses should continue to suffer whiles the greedy few continuously nourish I believed they achieved their diabolic goal temporally.

Even though the election couldn't come on the historic annual general meeting as planned came on and the members in their numbers turned up and made very important resolutions that saved the industry from its doom seekers.

As I write today 3 members were appointed by the stakeholders incase the RMs decides not to continue their stay in office, 2 consultants have been appointed to put systems and structures in place to make sure Ghamro works for the benefit of the right owners.

My humble appeal to the Attorney General is that he should continue to play his fatherly role but must be careful of the sheeps in wolves clothes that come to him because the industry is watching.

The truth is the music industry is on course and as long as the truth stands Ghamro will stand.

Anlo Traditional Area to organise another funeral for Rawlin...
4 hours ago