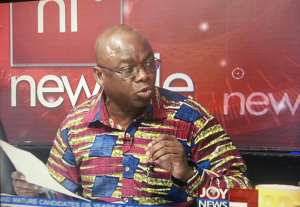 Government was supposed to recover over GhÈ¼200 million from defaulting service providers of the state agency by December 2013.

But, at the National Anti-Corruption Action Plan conference this week, Deputy Attorney-General, Dominic Ayine announced the retrieval of only Ghs14.5 million.

“It is not enough…If out of Two Hundred Million [cedis] and only Fourteen [million] has been retrieved, it cannot be enough. And I'm not going to sit anywhere and say that because I am working in the President's Office I will now say 'doesn't matter'. It does matter and we need to do more; Government must do more.”

In a related development, the Executive Secretary of the Ghana Anti-corruption Coalition, Linda Ofori Kwafo described the government's recent information on corruption as misleading.

“That money was paid way back in July [2014]. If you present it in December it makes it seem as if it is a current that is coming up. It is a bit misleading and we are not happy about that,” she stated.