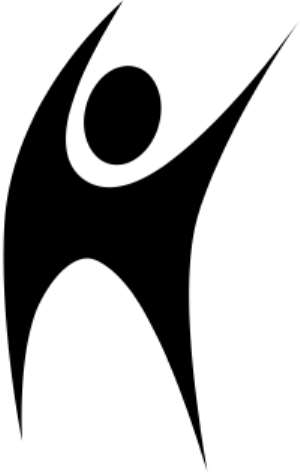 Are you among those fellowships in Accra? Then you should consider attending a humanist fellowship in the city. A lot has been said about the growing influence of religion in Sub Saharan Africa- the looming threat of jihadist Islam and evangelical Christianity, but no much has been said about the emergence of humanism, skepticism, secularism and free thought in the region.

An increasing number of Africans do not have any religion. Many people across the continent are going open and public with their humanist, atheistic and skeptical views and identity. Non religious Africans are leaving the closet in their numbers. African unbelievers are beginning to organise like their religious counterparts in many countries. One of such countries is Ghana. Ghana is a religious country. But the country's religiosity does not preclude irreligion. Non religious people in the country are a minority but they are not keeping quiet. They are no hiding. Godless people in Ghana are becoming visible. Non religious people are speaking out. The profile of humanism in Ghana is growing rapidly.

Humanists in Ghana have staged many social gatherings in the past years. This gathering has served a very important need. It has provided religious non believers in Ghana a sense of community. There is a growing humanist fellowship in this west African country.

Humanist fellowship is important because many atheists across Africa feel lonely and lone. Atheists think they are the only ones who entertain doubts and disbelief in God, when there are several non theistic people out there. The social gathering of humanists in Ghana is supplying that missing link. It is connecting non theists in way that has never been the case. Ghana's religious landscape is changing. Africa's 'beliefscape' is undergoing transformation. Humanists are beginning to discover that there are other people of like minds. The humanist movement in Africa is growing in strength and number. A wave of secularism and freethought is sweeping across the region.

The humanist group in Ghana is not only making waves locally but also internationally. The group is gradually becoming the hub organised humanism in West Africa. Humanists in Ghana organised its first international humanist conference in 2012. That conference attracted participants from other West African countries and beyond. The event has demonstrated the vibrancy of organised humanism in one of the world's most religious country.

Ghana Humanism is set to mark another milestone in the coming weeks. Humanist Association of Ghana is organising another international conference on December 20-21, 2014. The conference will be held at W.E.B Dubois Centre, Accra. The theme of the event is “African Youth for Science and Reason”. Topics to be discussed include Communicable diseases (Ebola, etc), Health and Medicine in West Africa, Science, Technology and Reason, Sex and Relationships as African Atheists, Feminism in Africa, Witchcraft Accusations in West Africa etc . There are plans to organise trainings and workshops for participants.

The theme of this conference is a welcome development for the region. Africa needs events that can expose its youths to reason and science. It is imperative that African youths begin to think rationally and scientifically because reason and science are the mainstay of modern development. One of the greatest obstacles to African development is superstition and religious extremism. These superstitious beliefs are common among young people. Religious fanaticism is draining Africa's youth capital. African youths needs programs that encourage them to think critically as opposed to activities that reward dogma and blind faith. The members of the Humanist Association of Ghana are predominantly young people. This is a positive and promising development for the region. I hope other African youths will emulate their Ghanaian counterparts by embracing the values of reason science and critical thinking.