“Yes. It's not even a Greek monument. Many other Greek cities and islands protested bitterly about the money taken from them to build this in Athens.”-- Neil MacGregor on the Parthenon Marbles. 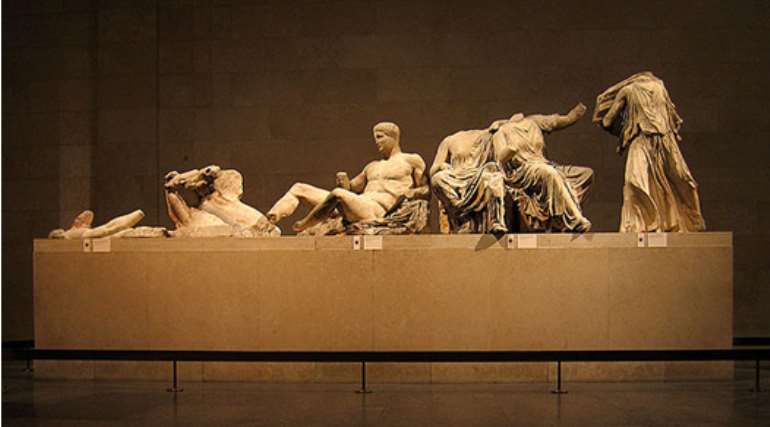 
On reading the recent statements of Neil MacGregor, director of the British Museum, regarding the restitution of the Parthenon Marbles, I had to remind myself constantly that I was not reading an old article but a fresh report of an interview with Richard Morrison, in the British newspaper, the Times.

The director of the British Museum has not changed, improved or modified his position on the issues. (1) He is singing the same song as James Cuno even though in a different key. (2) We shall spare the reader the time and effort of going through all the untenable British arguments which have been discussed elsewhere. (3)

MacGregor repeats his insulting statement that the Greeks are copying Lord Elgin who removed the Parthenon Marbles and brought them to Britain:

“Indeed, the Greek authorities have continued Lord Elgin's work of removing sculptures for exactly the same reason: to protect them and to study them.”

What is not said is that the Greeks built the ultra-modern new Acropolis Museum largely in response to the British argument that there was no suitable museum in Athens for them to return the Marbles. Once the new museum was completed MacGregor said the location of the Marbles was never an issue. What mattered now was how the British and the Greek could make it possible for the Africans and Chinese to see the Marbles. This was stated by MacGregor in a discussion at the London School of Economics. (4) 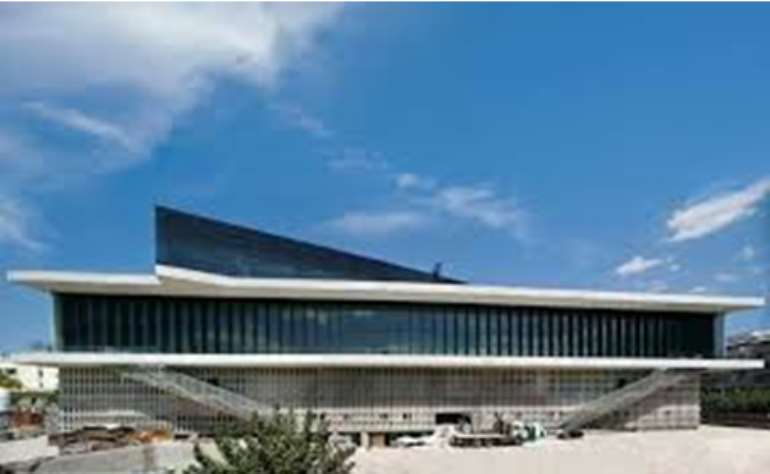 Regarding the question whether the action of Lord Elgin in removing the Marbles from the location in Athens was legal, Neil MacGregor responds:

“I think everybody would have to agree that it was” The ground advanced by MacGregor for this bold statement is that: “Elgin had the permission of the Ottoman authorities who were then ruling Greece'.

On the comment that the written authorization, firmen, alleged to have been obtained from the Ottoman authorities has not been seen by anyone, MacGregor responds confidently that at that time “You had to surrender the document as you exported.”

To strengthen his point of view on the legality of the removal, MacGregor adds that the removal was done slowly in the public view of many. Surely, if it were not legal, somebody would have stopped it.

“That's the point. Everything was done very publicly, very slowly. In 1800 you couldn't move great slabs of marble quickly. At any point the Ottoman authorities could have stopped it.”

That the Ottoman authorities then ruling Greece were an occupying force does not seem to bother the director of the British Museum. And how is one to evaluate his statement that Lord Elgin could have been stopped from removing the Marbles and since no one stopped him his action must have been legal?

This argument could be advanced to defend any crime or act committed where the offender was not stopped. Many persons saw colonial officials and Apartheid South African officials commit acts or offences but did not or could not stop them. Does that make those acts legal? Making the legal or illegality of an act depend on the reaction of persons who saw the act is surely not a scientific way of determining legality.

MacGregor resorts to the usual argument that the ownership of the Marbles, like all property in the British Museum, is invested in the Board of Trustees of the museum and only they can deal with ownership questions. Not even Parliament could dispose of ownership of museum items. The trustees have a duty to preserve the objects entrusted to them and no trustee, in the legal system MacGregor describes as “Anglo-Saxon law” could or would want to dispose of the property entrusted to them.(5)

The director of the British Museums states in the interview that the trustees have always been willing to discuss the Marbles with Greece but the later refuses to recognize British ownership in the Marbles:

“The trustees have always been ready for any discussions. The complication is that the Greek government will not recognise the trustees as the legal owners, so conversations are difficult.”

How can the British expect Greece to recognize their ownership in the very object that is at the heart of their differences? What then is the debate about if not about ownership?

Having stated sometime earlier that the location of the Marbles was never an issue, with the recent renewed call for the return of the Parthenon Marbles, location appears to be important to MacGregor and he advances again the self-serving theory of the advantage of having different objects located in the same museum. The Marbles gained great value when they came to London. Athens is demoted to a provincial town and London promoted to the universal city:

“When the Parthenon Sculptures came to London it was the first time that they could be seen at eye-level. They stopped being architectural details in the Parthenon and became sculptures in their own right. They became part of a different story — of what the human body has meant in world culture. In Athens they would be part of an exclusively Athenian story.”

The Director of the British Museum restates again the pretension that the museum has the duty to tell the history, or the story as he prefers, of the objects in the museum:

“From its beginning 250 years ago, the point of the BM was gathering together objects in one place to tell narratives about the world”

But who in the world authorized the British to tell the histories of others? There does not yet seem to be a realization that many peoples would like to have their own objects back in order to tell their own history. The seizure of the narratives of the history of others is clearly a bare-faced imperialism which cannot be accepted in this 21st century. Are the other peoples, the Greeks, the Turks and the Edo (Benin) congenitally incapable of telling their own histories? To advance the telling of their histories as argument for the non-return of their artefacts acquired under dubious circumstances is more than an insult.

The interview given by Neil MacGregor indicates an unwillingness to find a solution to this long-standing dispute. If the legality of British ownership is as clear as presented by the director why does Britain not agree to a settlement by an international arbitration board or some other body?

One should perhaps remind all concerned that as far as International Law is concerned the obligation to return cultural artefacts lies squarely on the government and not on a museum. One cannot advance internal legal arrangements or system as a defence for not fulfilling an international obligation.

After reading MacGregor's latest statements, I could not help feeling that the cause of those wishing to hold onto the Parthenon/Elgin Marbles would be better helped by avoiding such statements as discussed above.

Dull is the eye that will not weep to see
Thy walls defaced, thy mouldering shrines removed
By British hands, which it had best behoved
To guard those relics ne'er to be restored.
Curst be the hour when from their isle they roved,
And once again thy hapless bosom gored,
And snatch'd thy shrinking gods to northern climes abhorred!

K. Opoku,”Will the British Museum Ever Modify its Claim to be Unquestionable Legal Owner of the Parthenon/Elgin Marbles and all other Stolen Items in the Museum?”

K. Opoku, A History of the World with 100 Looted Objects of Others: Global Intoxication?

4. K. Opoku, “The Amazing Director of the British Museum: Gratuitous Insults as Currency of Cultural Diplomacy? “

5. Comparative Law specialists, have always raised objections when some European Continental lawyers, especially the French, referred to the British or English law as “Droit anglo-saxon” or “système anglo-saxon”.

6. K. Opoku, “The Guardian Poll on the Return of the Parthenon Marbles” http://www.modernghana.com/news/523826/1/the-guardian-poll-on-the-return-of-the-parthenon-m.html

7. Lord Byron, Childe Harold's Pilgrimage, http://en.wikipedia.org/wiki/Elgin_Marbles Lord Byron expressed in this stinging verse his objection to the removal of the Parthenon Marbles from Greece by Elgin.