The Political Dimensions Of The Ebola Crisis...Is This Ebola Crisis A Warning Of Things To Come? 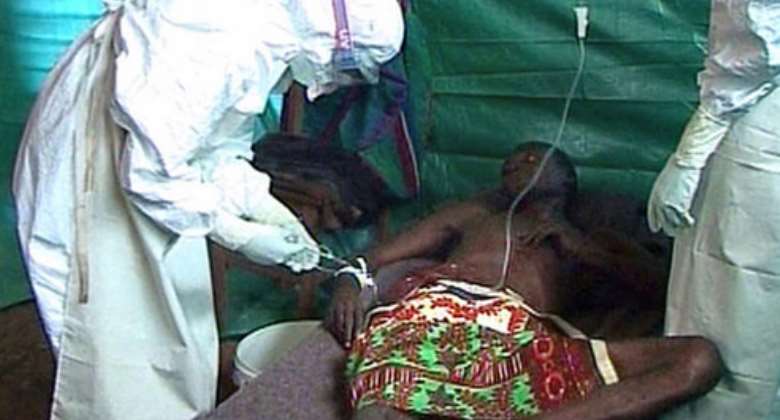 Before the onset of the Ebola crisis, there were many things about the food habits of Ghanaians that I did not know about. I have always seen bats as a mere nuisance. Now all of a sudden and from the blue, the little unknown bat is being cited as a carrier of the Ebola virus.

In previous years, the so-called 'African green monkey' was also cited for the HIV/AIDS virus. In Ghana, the poor rodent known as 'grass cuter' has been lumped into something called 'bush meat' has been added to the the long list of suspects. So should I join the bandwagon for those who seek to blame the poor bat because it cannot speak for itself, at least for now?

Apportioning blame is hardly an effective method for combating what is becoming a deadly global epidemic. Its spread is alarming, so at the slowness at which medicine can stop this dreadful disease. For the moment (October, 2014), more than 4,000 lives have been lost to Ebola. Unlike other epidemics, Ebola affects those who are trained to combat it – doctors and nurses. In West Africa, the Ebola epidemic is affecting people in Liberia, Sierra Leone and Guinea.

Those who have been affected outside these three regions are those who have come into contact with people carrying the Ebola virus from these regions. As a writer pointed out, all evidence suggest that despite the repeated assurances from the World Health Organisation and the United Nations, there is much that is not known about how the disease is transmitted.

We now have to admit that what started off as a single case of infection in West Africa, is now turning into a huge health catastrophe, calling into question, the ability of governments in West Africa and beyond to deal with such emergencies. As a writer in the WSWS Website pointed out, “the Ebola outbreak in West Africa is a catastrophe for the people of that region. More than 8,000 people have been infected and more than 4,000 have died, with no signs that the epidemic has been curtailed.

The heroic efforts of doctors, nurses and aid workers have been sabotaged by the collapse of the healthcare systems of these countries, among the poorest in the world. Only 20 percent of the affected population in West Africa has access to a treatment centre”. There are well founded fears that Ebola could soon become a global plague. Is this Ebola crisis a warning of things to come?

Firstly, it is important to recognise that currently, Ebola is concentrated in Sierra Leone, Liberia and Guinea. Of these. Sierra Leone and Liberia had protracted civil wars, the viciousness of which has not been seen on the continent. But this also led to the complete destruction of basic infrastructure. Post-civil war reconstruction takes time. In the meantime, international medical organisations, NGOs, etc. take advantage of weak control systems to import drugs or set up medical laboratories without control. More than this, the urge for donor money also makes these countries susceptible to pressure to allow this or that global institution to test this or that drug. Is it possible that western donor nations took advantage of this to experiment drugs and viruses, which have the gone rogue?

A writer of the WSWS pointed out that “it is no accident that the Ebola outbreak takes place in countries that are former colonies of imperialist powers. Guinea was a French colony, Sierra Leone a British colony, and Liberia a de facto US colony since its founding by freed American slaves. Despite their nominal independence, each country remains dominated by giant corporations and banks based in the imperialist countries, which extract vast profits from the mineral wealth and other natural resources. Guinea is the world's largest bauxite exporter, Sierra Leone depends on diamond exports, and Liberia has long been the fiefdom of Firestone Rubber (now Bridgestone)”.

Another significant factor which West African countries should heed is the role of the International Monetary Fund (IMF) in the complete destruction of health infrastructure due to the IMF conditionalities. In the 1980s through the 1990s, most West African countries implemented Structural Adjustment Programmes (SAPs). As part of these IMF conditionalities, schools, hospitals, health clinics, welfare systems, were abandoned in exchange of IMF support. In addition to this, health professionals who could not stand declining service and emoluments, packed bag and baggage, further depleting health resources.

Ghana is a typical example of this trend. West African countries therefore lack basic health infrastructure able to deal with such health emergencies. In Ghana for instance, it took some time for the Health authorities to respond to the outbreak of cholera. Poor sanitationremains big problems in Ghana's capital Accra, and other urban centres.

Instead of free health services at the point of need, most citizens have been corralled into a National Health Insurance Scheme. Those outside this scheme are forced into the cash and carry system of cash only before treatment. Most West African countries are therefore unable to provide even rudimentary healthcare services to their citizens. The reason is not due to lack of resources, but an unjust national and international system suffering from ruthless exploitation.

What makes the Ebola virus disease even more worrying is the fact that the United States, Britain and other countries are using this crisis to resolve their geopolitical interests. The US sent in 4,000 troops (marines) to Liberia. President is calling on his guards top prepare to 'intervene'. On the other hand, the UK government has also announced its intention to send 3,000 soldiers to Sierra Leone. Historically American Marines are routinely used to restore public order or enforce consent.

If these countries are not at war, and there is no civil disobedience, why send in troops instead of doctors and nurses? In contrast, Cuba sent 160 Doctors and nurses to Sierra Leone, and will send additional 296 health care works to Liberia and Guinea. The approach of the Cuban government is humanitarian whilst the approach by the US and UK governments are militaristic, seeking to exploit the crisis for geopolitical reasons. “The real agenda of Washington is to secure a basis for its Africa Command (AFRICOM), up to now excluded from the continent by local opposition, thus advancing the interests of American imperialism against its rivals, particularly China”, writes Patrick Martin in the World Socialist Website.

The real question is, since Ebola has been known since the 1970s, why is the response so lacklustre and weak? Kofi Annan's claim that the response is weak because the virus is affecting Africans is rather questionable. Is it that the West did not anticipate that Ebola will leave the shores of West Africa and penetrate Europe and United States of America? The reason, according to Patrick Martin, is because “the giant pharmaceutical companies that control medical research saw little profit in saving the lives of impoverished villagers in rural Africa”. So far, we know that research has been conducted on possible cures and vaccines funded by the US Pentagon, for dubious reasons.

The US claims that this research was to protect “US soldiers who might be deployed to the jungles of central Africa.” How many US bases are located in Central Africa to warrant this approach? However, claims that the Ebola research carried out by the US Pentagon as an antidote to “whether the virus could be weaponised for use against potential enemies”, in my view, seems more credible. The chickens have come home to roost.

How should West Africa and Africa in general respond to this crisis? And how should the world respond in a more positive way? The Africa Union should spearhead a coordinated response by mobilising doctors, nurses, medical personnel and work with the international community to end the spread of this virus immediately. A strategy for investigating its rapid spread and the nature of this virus way beyond the 'bat' and 'bush meat' theories is also necessary. The role of private funded Western medical laboratories in some parts of West Africa should form part of this investigation.

Finally, West African governments should show leadership in the face of this massive threat by mobilising resources (both human and medical equipment) from friendly countries to lead the fight against what is fast becoming a threat to the human race. If soldiers are required, we have enough battalions to deal with this threat. We have enough carpenters to construct Ebola centres. West African governments should take this responsibility away from western military establishments because we are not at war. We do not need marines on our soil.

The rapacious, giant global pharmaceutical firms should no lead the fight against Ebola. This fight is not about profit. It is about saving lives. If this virus is being engineered and exploited for profit, should we not make sure they do not profit form it at all?

The Ebola virus is vicious, so should be the efforts to combat it.

Forbes names Akufo-Addo 'African of the Year'
6 minutes ago