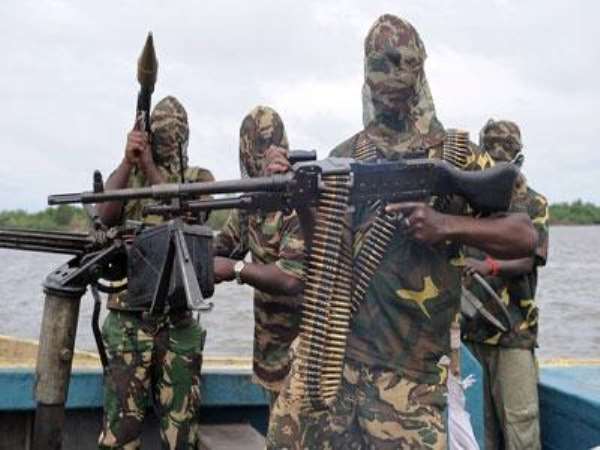 This is a topic I am yet to see anyone talk about, but perhaps it is one of the most crucial for our people in the conflict northeastern States. What do you do if you are forcibly conscripted by Boko Haram? What strong message must all parents in the north pass to their children in the event of (God forbid) their being forcibly abducted by Boko Haram?

My take on this: Thou shalt not ever fight for Boko Haram.

We need to impress this firmly in our kids, friends and everyone close to Boko Haram's net. As the nation rejoices a few days of Civilian-JTF and Army success in repelling Boko Haram attacks, my joy quickly dissipates knowing full well that if history is anything to learn from, and if our Federal Government and Military chiefs did not complete a full 180 turn around and repent from the heart, then this brief victory for Nigeria may just be transient and will not be followed through to the end—the full and unreserved crushing of every remaining vestige of Boko Haram in every forest where they hibernate.

We have had periods in the past where the army made some gains against the terrorists but rather than finish up, they chill and allow the terrorists to conscript thousands more youth to train into new dispensable soldiers for our army to kill again. This vicious cycle has repeated itself over and over, slowly and steadily turning all the youth into soldiers of terror and then the army killing them in a systematic genocide. To be frank, though I totally support the killing of these terrorists as they rush forth, I see a difficult quagmire and am beginning to have empathy for the dead.

I know that after the 400 something are killed; local parents walk by and recognize their abducted sons among the dead and with tear-soaked eyes pick up their carcasses to bury them. It is a genocide happening there, taking the lives of all viable youth, slowly and deliberately in this intentionally intractable war. We failed at the early stages when our crazy leadership called Boko Haram “their siblings” and handled them with kid gloves; and with this we have allowed our vulnerable populations to be soaked up and converted into murderers.

As we killed 400 yesterday, Boko Haram is simply going to speed-up the training of another 400 innocent youth captured in Bama and with their flow of arms from South Africa, send these forth again to capture territory for them or die at it. This has been the pattern of the war for the five years of this administration since Yar'Adua passed (or was poisoned). Until we protect our towns, villages and byways, this is the sad reality our leadership has bestowed on us.

So we must address this very important issue and drill this message into our youths heads.

I am convinced that Boko Haram is a foreign-organized war. The leaders of the group as I have written before all come from Sheriff's Chad, Niger and Cameroon; the francophone nations. They want our crude oil-rich, fertile Chad basin. They do not care about Nigerian lives which they abduct for copulation and conscription. And our leadership likewise care less about the lives around that “Gwoza sef” which they care not to know where it is situated; and find mutual benefit in the terror which they use as a weapon against their dreaded “opposition” nightmare. Our current military strategy is to contain while allowing infinitely continuous new conscription. Boys pulled from busses, from their beds and out of roofs where they hide when new towns are sacked. Our youth must therefore be firmly told never to fight for Boko Haram. If they abduct you and put a knife to your throat, say your last prayers and be slaughtered. Because if you fight for them; we will kill you and you will end up in hell fire.

We must tell ourselves and tell our friends and family: if Boko Haram abducts us, we will never cooperate with them. We will never participate in killing another because we think this will spare our lives. It is the same principle for Ebola; this is why Ebola is ravishing Africa: because we are of little faith. If we get infected with Ebola, despite the shabby hospital accommodation and amenities, we must never risk killing others by escaping the hospital to seek care or whatever else. The alternative to death staring us in the face must never be, to become messengers of death.

Under duress of terror camps, or while in hospitals abandoned battling the plague; we get weakened; our delicately balancing moral consciousness is stretched even more thin and then we, exasperatedly, decide to give in. This must not be so. Now in our times of strength, we must reinforce our determination and cast in stone our religious and moral conscientious decision to never be couriers of death; so that in our times of weakness and temptation, we will be able to resist to the death. Thou shalt not kill. Die trying not to kill.

Imbibe the piety of Jonah. Be as he was when he kept his obligation and walked forward to be cast into the raging sea. As His Lord saved him by his faith, so also as your Lord wills, He will save you in this life or/and the next.

I hope people in the affected regions; Borno, Yobe and Adamawa can gather community and family sessions and pass this message across with verses from the Holy Books on the importance of never participating and cooperating with killers.

Refuse and if Boko Haram takes you to the battle field; as soon as they hand you your gun, turn it around and kill as many of their leaders as you can then surrender. It is better they kill you doing what is right than we kill you – which we will, now or later—doing what will guarantee you hell eternal and a hell life for as long as you remain alive thenceforth..

May the Kind Lord have mercy on us and enter the cold hearts of our oppressive rulers.