World Vision Project To Improve Vitamin A Deficiency In Ghana 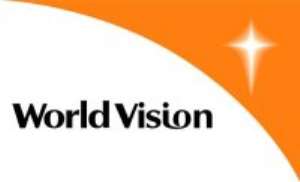 A project using food based approach through the production, consumption and marketing of orange flesh sweet potato seeks to improve vitamin A deficiency especially among children under five years in Ghana.

“We have realised that vitamin A deficiency is a problem in Ghana and the supplementation is becoming a challenge, for the past three months now, the supply has been erratic,''says Stephen Matey, World Vision project coordinator.

“There is the need to introduce new approach and we think that food based approach is better given that farming plays a major role in the country thus farmers can produce crops that are high in vitamin A to address vitamin A deficiency to improve nutrition,'' he stated at Orange Flesh Sweetpotato Community of Practice meeting, organised by Farm Radio International in Accra.

Available statistics indicate that 12,000 children die every year of under- weight related ailments due to malnutrition (Ghana Health Service (GHS) 2012). The statistics also indicate that under- nutrition contributes to about half of all child deaths beyond early infancy, whilst one out of every thirteen children in Ghana die before their fifth birthday - mostly as a result of under-nutrition.

Having received training in OFSP, Matey says the plan is to pass on the knowledge to agricultural and extension officers and in collaboration train the farmers and support them to grow, consume and market the crop in order to get additional income.

“We have plans to sensitize all the stakeholders in the coming weeks about this new initiative. We have also set up a vine multiplication centre in Kintampo, through the help of Savannah Agricultural Research Institute of Council for Scientific and Industrial Research, where we are multiplying the vines so that after the training we can have vines to supply to the farmers,'' Matey says.

The overall aim of the project isto strengthen and improve crops systems from production to consumption to ensure maximum yields as well as manage post-harvest losses.

The five year project, ending in 2017 also includes aspects such as mushroom farm where farmers are being trained to produce mushrooms and link them to market access. The final aspect is bee keeping, providing skills to farmers on how to keep bees and harvest for honey.

Julia Tagwireyi, the Regional Advocacy Advisor for the Reaching Agents of Change project (RAC)of Helen Keller International says, there is the need to put in place irrigation systems in the face of climate change to have access to sweet potato vines all seasons.

According to her, a collective approach is also required to combat vitamin A deficiency such as the promotion of mangoes, as well as guava consumption among households.