Flood disaster could have been worse - NADMO boss 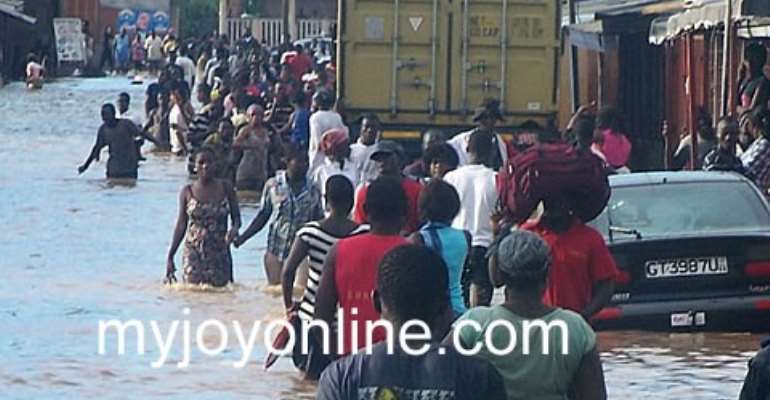 But for the timely intervention of the National Disaster Management Organisation (NADMO) the impact of the recent floods in Accra would have been more disastrous, National NADMO Coordinator Kofi Portuphy has said.

Last week's rainstorm claimed two lives, one in Tema and another in Dome with dozens of others losing their properties.

But Kofi Portuphy has dismissed such criticisms saying the disaster could have been worse.

Speaking to Joy News' Beatrice Adu the NADMO boss said while the Dome casualty may have been carried from another place to Dome, the one in Tema died because he failed to listen to advise that the storm was way too heavy to cross.

Kofi Portuphy said his outfit had been very proactive in dealing with the issue of floods in the country, especially in the capital.

According to him, about one million people were to be affected by the floods and they have been in constant touch with such people some of whom they have tried to relocate.

Mr. Portuphy said the nation is challenged in terms of resource and that has also affected the ability of NADMO to raise funds for the necessary logistics

He added despite the financial and logistical challenges his outfit has done a good job in ameliorating the impact of the crisis.

The NADMO boss said they are mobilising resources from other institutions including the Airforce in order help victims of the disaster.